New Year’s Eve: the most interesting traditions from around the world
by Lingoda Team
December 29, 2016 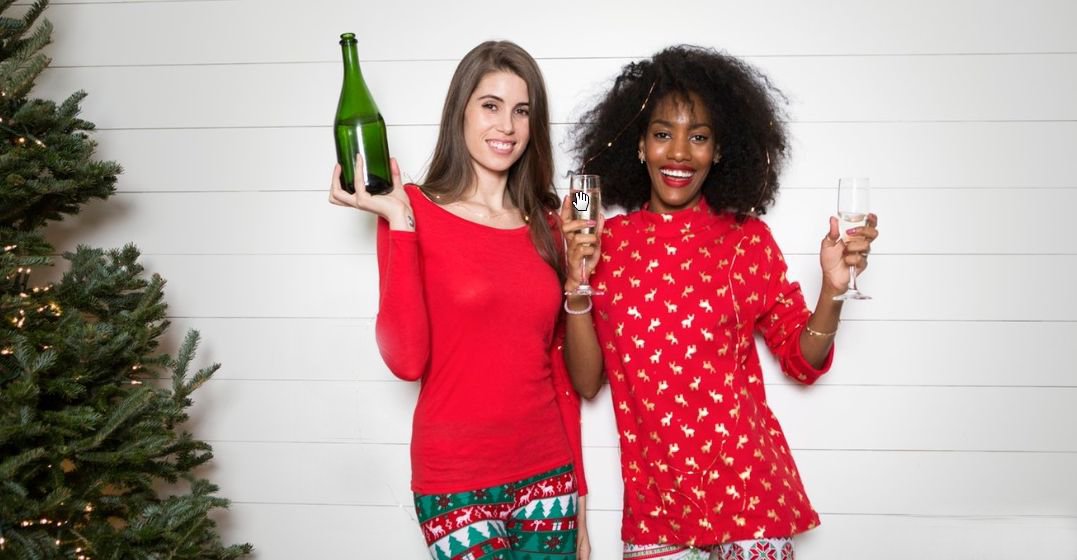 The year is coming to an end, and it’s time to come together with your family and friends to celebrate and welcome the new year. The history of this day doesn’t go back very far, as it was only four centuries ago that the Pope Gregory XIII declared it an official holiday in all catholic countries. One of the last countries to add this holiday to their calendar was Russia and, funnily enough, this was one of the first measures taken by the communists after the Revolution.

Talking about celebrations, the human race is particularly creative when it comes to commemorating holidays and this article that we bring to you this week is clear proof of this. Are you ready to discover the most interesting and bizarre New Year’s Eve traditions from all over the world?

One of the most well-known traditions in the US involves kissing the person that is next to you on the lips when the clock strikes midnight. The exact origins of this tradition are unknown. However, one of the most remarkable theories dates back to Roman times. During their Saturnalia festivity, that celebrated the winter solstice, they always dedicated a time to share kisses with all the attendees. There is also the superstition that if you don’t kiss anyone right after midnight, you will spend the next year alone.

This is undoubtedly a strongly settled tradition. According to a study by the Washington Times, more than two thirds of the US population expect to share a New Year’s kiss with someone and only 10 per cent have no expectations of doing so.

The peal of bells in Japan, known as “Joya no kane”, takes place at the end of the year in buddhist monasteries. The tradition says that with every stroke they aim to put an end to the bad thoughts and intentions that live in the human mind, such as, for example, anger, envy or lust. How many of these wicked thoughts do you think there are? No less than 108!

Exactly as you just read it. Going to the houses of your neighbours, friends and relatives and throwing plates on their doors is a tradition in Denmark. Once the New Year’s Eve dinner is finished, the tradition says that you should break all the plates you have used. The dishes are thrown against the doors of your beloved ones who will highly appreciate this action, as it’s believed to bring love and is a good omen for the next year – or it at least means that you don’t need to do the washing up!

Another crazy tradition from Denmark is jumping from a chair exactly when the clock strikes 12. It is supposed to bring good luck to anyone that does it, so it’s not strange to see both young and old climbing chairs at home in order to make sure to achieve a bright forecast for the new year.

One of the weirdest New Year’s Eve traditions takes us to China. Their way to welcome the New Year is by painting their front doors red, a colour that symbolises happiness and good luck. The holiday is also celebrated around the streets, with dragon-filled parades and fireworks that are intended to get rid of the bad energies.

Something that most celebrations around the world have in common is a copious meal. In Brazil and Italy it’s all about the lentils, meaning the more the merrier. For Brazilians they are a sign of wealth and prosperity, and so are for Italians, where the tradition dates back to Ancient Roman times.

However, maybe the most emblematic tradition from Brazil happens on the Copacabana beach. After the fireworks at midnight, people go into the sea to jump over a total of seven waves. On this night, they also honour Yemanjá, the goddess of the sea, with flowers and presents, such as bracelets and necklaces. This way they are ready to start the new year full of positivity and gratitude.

6. Sweeping and walking around the house with a suitcase

In Mexico there are quite a lot of traditions, but one of the most peculiar is sweeping the house during the night to get rid of all the bad energies and negative vibes …and also start the new year with a spotless house!

Another of the most interesting customs from this country is especially dedicated for those who like to travel. If you wish to attract good luck and boost your opportunities to travel in the coming year, don’t forget to walk around the house carrying a suitcase.

In a lot of Latin American countries, one of the most settled tradition is wearing sexy underwear at the turn of the year. Generally, the tradition says the underwear needs to be red to attract love. However, in Bolivia, for example, they rather use yellow underwear, which is believed to attract good luck.

Even if it seems that it doesn’t fit the idea of a celebration, another popular tradition on New Year’s Eve is visiting graveyards. In Finland, for example, it is customary that full families pay a visit to the cemetery during the last days of the year. That happens also in some cultures in Central and South America. For instance, Chile is a very notable example, as most people attend masses in those places where their beloved ones were buried.

9. Eating 12 grapes, one at every bell ringing

If you are not one of those ones who loves crowds and celebrating parties surrounded by hundreds of people, keep away from Puerta del Sol square in Madrid at New Year’s Eve. This is the most popular meeting point for carrying out the typical Spanish tradition of eating 12 grapes at midnight, one for each stroke of the bells. This doesn’t happen only in Madrid, but in the central square of all towns in Spain. However, a lot of people prefer to spend this time with their families at home, and have their grapes in their living room instead. That’s why all TV channels broadcast the peal of bells that signals the start of the new year.

The specific origin of this interesting tradition is unknown, but it dates back to 1880 and seems to be taken from the French and German bourgeoisie, who used to take grapes and champagne to celebrate the New Year. This expanded rapidly into the lower classes and also  throughout the Spanish territory, and nowadays it’s also customary in some countries in Central and South America. The type of grapes used depends on the region, but it is believed across all regions that eating 12 grapes at the same time as the bells strike will bring good luck for the new year. Just be careful and don’t choke on them!

We cannot finish this list without talking about a very special tradition: Hogmanay. In Scotland, they celebrate ‘Hogmanay’ (which could be translated as “the big day of love”) and after the last toast of the year, they all sing the typical Scottish song “Auld Lang Syne”.

The custom is to celebrate this festivity with bonfires and parades to get rid of the bad vibes and purify the start of the new year. One of these ways of cleansing includes the “first-footing”, which means being the first one to go through the front door of a relative’s or a friend’s house in order to attract good luck.

There you go, these are the most interesting traditions from around the world we have heard of. Do you know of any other that we haven’t mentioned? If so, share it with us! In the meantime, excuse us while we get the lentils, the broom, the grapes, the red underwear and the suitcase…

Lingoda wishes you a happy year!