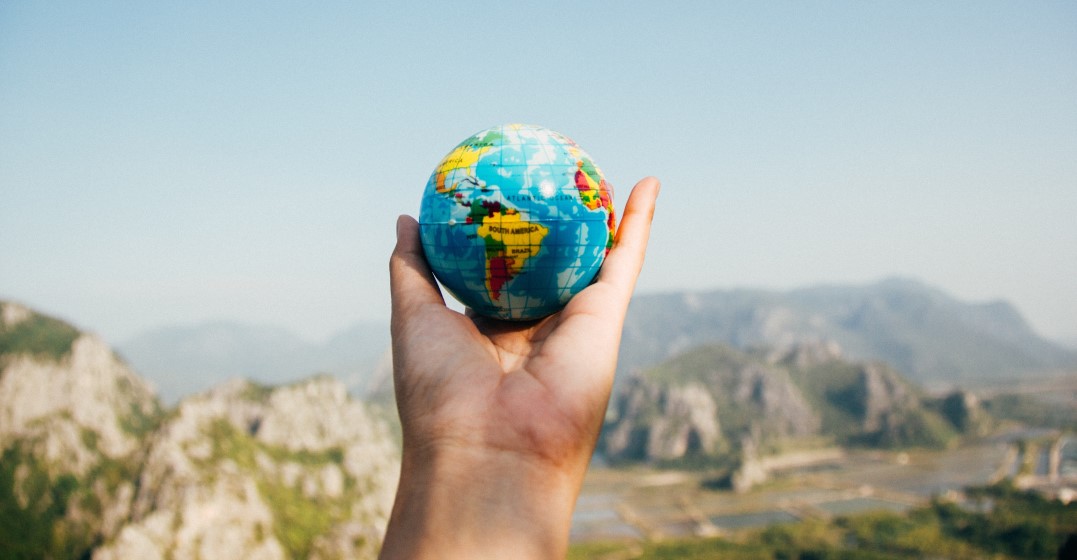 Do you want to be ahead of the game when learning a language? If you want to know what the next big thing is, and the languages which are most spoken around the world, read on to discover your potential next language.

Learn this language if…you love languages without genders that use simple verb conjugations and have a lot of resources to choose from.

Did you know? “I”, “we”, “who”, “two” and “three” date back tens of thousands of years, making them the oldest words in the English language.

If you can understand this article and exchange some words in English, you’re already in luck! English is still the most-spoken language around the world, not due to its native speakers alone, but because many others learn it as a second language. It is a part of the West Germanic language family and is present in six of seven continents as an official language (with 64% of its native speakers being Americans). It is well worth the effort as our lingua franca and a crucial tool for business between cultures!

How to be fluent in English in 3 months

Learn this language if…you love tone languages with simple grammar and don’t mind dedicating more of your time to discover the complexities behind them.

Did you know? Using two eights in a row (88) is Chinese internet slang for “bye bye”.

The second most spoken language in the world is Mandarin Chinese. It has the largest number of native speakers of any language and is spoken by 70% of all Chinese speakers. That makes it the largest of all Chinese dialects by far. It is also a great reason to learn more about this 1000-year old giant! Many fear learning Mandarin due to its 50,000 different characters – which, in comparison to the 26-letter alphabet, are quite intimidating – but 2,500 characters would be enough for everyday Mandarin to be understood. We think it’s worth the dedication!

Learn this language if…you don’t mind learning a language with genders, since it is of easy pronunciation and read as it is written.

Did you know? The Hindi language does not use the word “the”, or what we call a definite article.

Many might associate the Hindi language with colourful Bollywood movies or the chaotic traffic in Delhi. But Hindi has so much more to give…such as 615 million potential friends and access to an incredible variety of cultures! Giving this Indo-Aryan language a chance will allow you to discover not only incredible music, entertaining films and heart-warming people, it will also allow you to see just how closely it still operates with English. In fact, Hindi gave English words like guru, avatar, mantra, pajamas, cheetah, bungalow and shampoo.

Learn this language if…you want to learn a language that is spoken as it is written but still love a good grammar challenge.

Did you know? Spanish is also the official language of a country in Central Africa, Equatorial Guinea.

We talk a lot about Spanish around here, and how could we not? This melodic, cheerful Romance language conquers new hearts wherever it goes. It has also seen an incredible development in its number of speakers due to its growing cultural influence. Many believe Spanish is intimidating due to the rolled “r”, the genders and the complex verb conjugations. However, we think those are all details when you consider the bigger picture: access to 21 Spanish-speaking countries, understanding your favourite party songs and mastering one of the most requested languages nowadays!

Learn this language if…you enjoy a good pronunciation challenge, as well as complex grammar…while getting your foot in the door of a huge variety of countries!

Did you know? 75% of French citizens did not speak French as a mother tongue when the French Revolution took place. Instead, they spoke regional languages.

French continues to be a cultural giant, but the reason might not be as…well…parisienne as you might think! Africa is actually set to be the future of the French language, as 45% of all French speakers were based in Africa in 2018. The Francophone population is also expected to reach 572 million speakers by the year 2030 due to the growing population in the African continent. Having said that, France continues to be a huge attraction and a key country for world politics. The cultural variety and rich history it gives us access to is a wonderful reason to start learning this Romance language today!

The unexpected benefits of learning a second language

The top 6 – 20 most spoken languages in the world

How can you find out about the top spoken languages in the world?

The Ethnologue, one of the most trusted platforms regarding languages and their profiles, tells us not the top 3, not the top 5…but the top 200 most-spoken languages around the world last year. Learning one of these languages gives you access to millions of speakers, which in turn gives you a more beautiful experience of the world! And why is this page so important, you ask? Because it includes both native speakers and foreign speakers in their count: this gives any language learner the awareness of the total number of speakers who are walking this earth and who can be potential language partners!

After all, not only native speakers can be helpful for your learning, but other learners can also help you stay on track, too!