Say hello to Laura. Not only is she a Lingoda teacher, but she also helps design the lessons and writes blogs about the German language.  She’s well travelled, fun and thoughtful. Find out more about Laura and why she decided to teach with Lingoda.

Laura, please tell us a little about yourself!

Talking about yourself is always a bit uncomfortable, isn’t it?

I was born and raised in Berlin and I don’t get tired of saying: Me lovie that city!!!! Even though I got a bit unfaithful and lived in Guatemala, Colombia and Switzerland, Berlin is my big love.

I live in France right now…Well, the things you do for love. My sweetyhearty (damn, that name is so cheesy, but he really is a sweetheart) is French, so, yeah: C’est la vie! Keep your fingers crossed for me that we’ll move back one day 😉

Since my first day at school, I wanted to become a teacher, because I was really impressed by how cool my teacher was and how she managed to teach us how to read and plenty of other things. Later, I realised my natural authority was about the level of a sunflower, which doesn’t help when you work with children. Then, I discovered there were teachers for adults, too, so I found my profession. 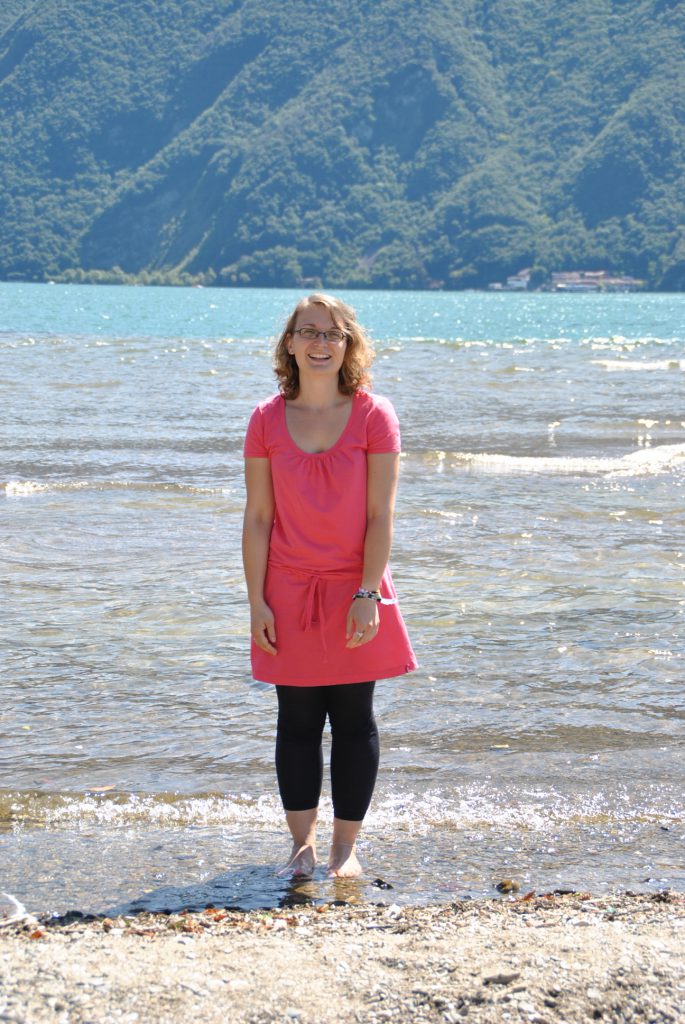 You’ve travelled the world, where have you lived and explored?

Directly after school, I went to Guatemala, thinking I could save the world doing some social work. Well, I hoped, I could contribute at least a bit make some child’s live better, but it was mostly the people in Guatemala, who helped me!

When I got there, I was a typical German: always making plans and needing about 1m of personal space to feel comfortable. But the Guatemalans just didn’t care: they hugged me, danced with me like they have never even heard of the word “personal space”… and life….well… life there made its own plans and what shall I say?! It was always a good one.

So, I came back a different person and I’m so grateful for it. After that, I was even more in love with Latin America, so I went to Colombia, where I met, again, lovely people and stunning landscapes. It was also there, where I had my first experience as a German teacher. I still think about my students there who had to tolerate me being insecure of myself. Also, as you can see on the pictures, I faced several of my fears: mounted a horse and did paragliding.

That is also a good lesson: Face your fears and you will be able to get some amazing experiences. Okay, well… I don’t have to get on a horse again, though. 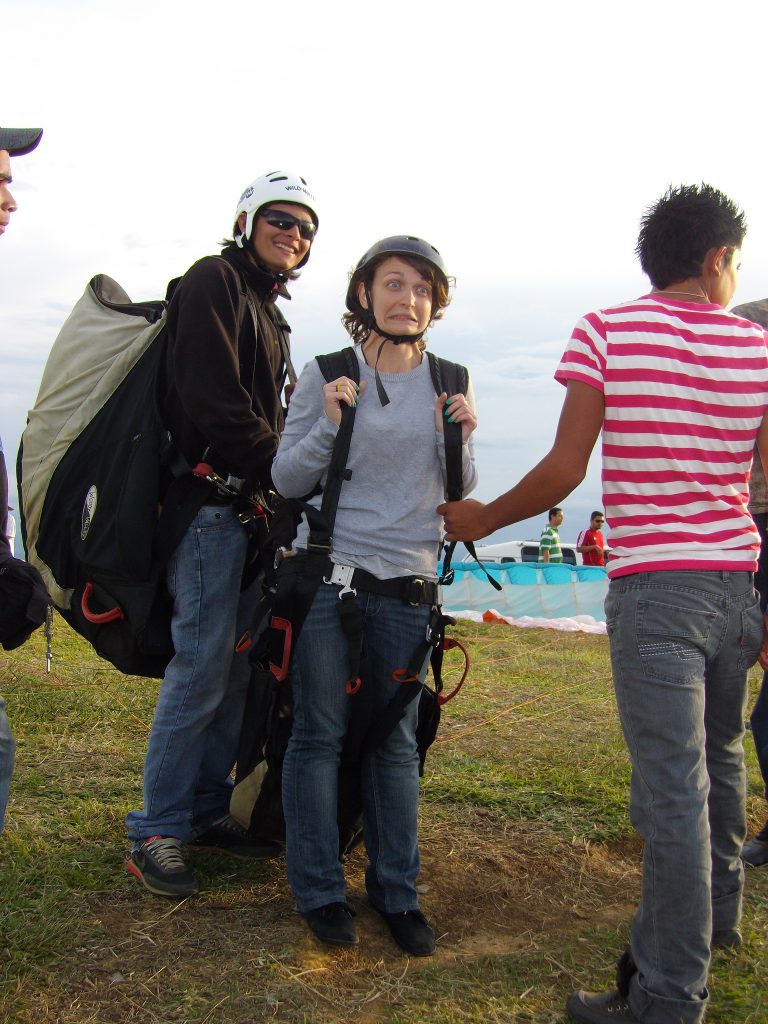 What does the average day look like for you as a Lingoda content creator, writer and teacher?

That is actually the good thing about working for Lingoda: There is no average day. I can work at my own pace, at my own times. There is never the same work to do: One day, I have several classes a day and meet a lot of cool Lingoda students and the next day, I write about German stuff or think about fun activities for our students.

I love that it is so flexible. I can work from everywhere and more importantly, our students can learn from everywhere. I’ve had several students who told me: “I always wanted to learn German but my job doesn’t allow me to go to a language school on a regular basis, but when I found Lingoda, I could finally start.”

Also, I like the atmosphere: The students are all eager to learn and often they are at home or at least somewhere they know and feel comfortable at. That helps them relax and loosens them up, so we have a lot of fun in class.

And last but no least, the team is amazing: Even though we don’t sit in the same office, we have a good and open relationship.

Last time, I was in Berlin, I could finally meet them in person and they received me literally with open arms.

Uff, is “everything” a good answer?

Well, what I enjoy the most is the vocabulary. In every language you learn, you find some words that the others or even your own language, don’t have. Let me give you an example: The German word for “vocabulary” is “Wortschatz”, so literally “treasure of word”. I love the idea of a treasure that is filled with words instead of gold. Or my English friend just told me that her husband wolfed down the chocolate she just bought. Imagine a wolf with a chocolate stained mouth.

Another question that we could talk about for the next 3 hours ;). But in my opinion the most important reason is the bond you can have with people. No matter where I have been, people were thrilled when I talked to them in their language. They opened up to me in a way they wouldn’t have done/wouldn’t do if I hadn’t spoken/didn’t speak (oh dear, that’s really killing me! Past perfect? Simple past?) their language. In Latin America at first, I was just a “gringa” like everyone else, but as I started speaking Spanish, their eyes began to glow and they started joking around, telling me about them and so on.

Even the oh-so-serious German get soft when you try to ask them something in German: I’ve had several even A1-students who came back from a trip to Germany, amazed by the patience of the Germans they met and to whom they spoke in German.

Easy! The compound nouns! Just today, I read about “Raumfahrtenthusiaten” all these letters talk about people who are fascinated by aerospace, but on the other hand it’s really efficient. In English you’d need several words to talk about these people whereas in German it’s just one. But my favourite word remains “Streichholzschächtelchen”-a matchbox – and then you can extend it almost at will: “Streichholzschächtelchenfabrik”. It drives my students crazy, but once they see the efficiency, it makes sense to them as well. At least a bit… 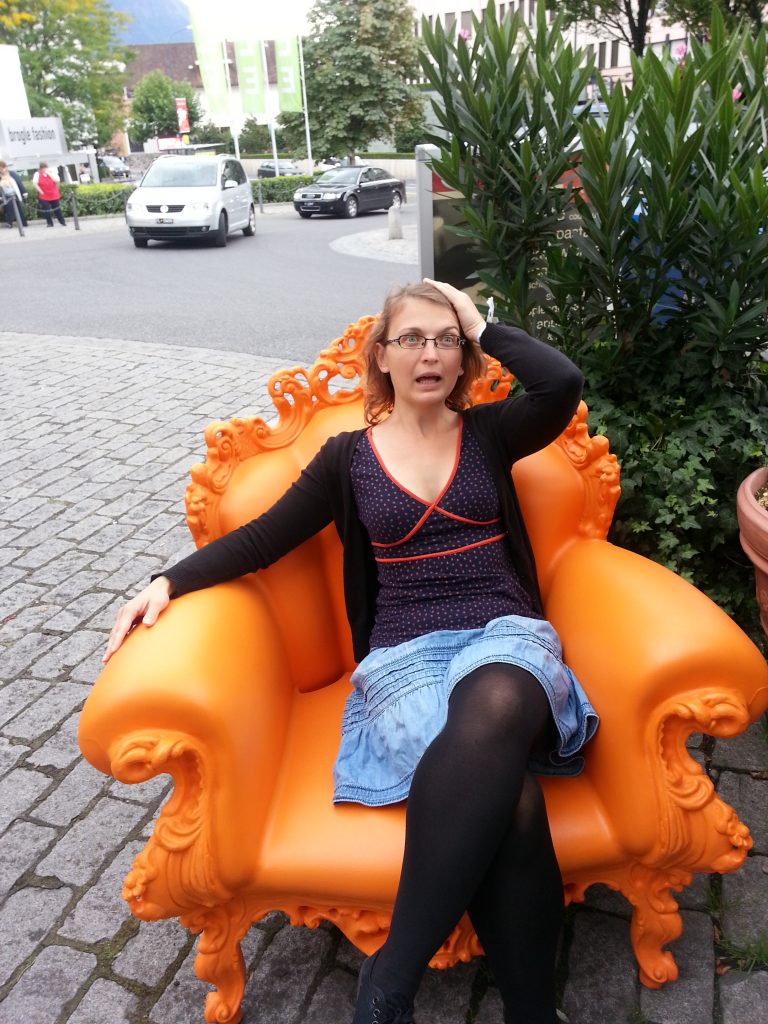 Why do you think people should visit, or even live, in an German speaking country?

Black bread, Mozartkugeln (Mozart balls), Gruyère cheese. Do I have to say more?

Okay, serious now, Laura! Apart from these three amazing sights, there are so many more to discover. Just think of the diversity in landscapes in Germany: You have the flat north, the wine region around the river Moselle, the mountains in the Alps (okay, Swiss will laugh hard about us Germans, calling these hills a “mountain”, but still…), and a lot of cities with interesting histories.

In Switzerland you can find the real deal: super-high mountains and beautiful little mountain villages around. Also, you have cities like Lucerne.

To me, Austria’s cities are even more illustrious when it comes to history.

But it always come down to the people living there: Once you have talked to a real Berliner without being offended by their frankness, because you saw the big heart behind their big mouth. A Swiss made your day by putting a “-li” at the endli of almost every wordli. An Austrian made you laugh with their special (Germans might say slightly arrogant) way of speaking and the dry sense of humor that comes with it, you don’t want to leave anymore. Trust me!

As I said before: Face you fear of German compound nouns and speak!

Well…kind of, the speaking part is definitely right. You don’t learn a language from just reading books and solving grammar exercises. Sooner or later, you will have to cautiously open your mouth and dare saying something like: “Hallo, ich bin Laura.” and you will see the miracle that happens: People will happily talk back.

You can start by bringing yourself to speak in the secured surrounding of a Lingoda classroom. Where almost everyone is in the same situation as you are and the teacher is there to help and support you.

If you have the opportunity, go any German speaking country and do the same there: speak with people. Often, it brings your skills to the next level, because you have to speak German to be understood. There is no way around it. As a plus, it might give you a motivation boost, because you have seen these beautiful countries and realise again why you learn all the grammar and vocabulary.

I was about to say: “I’m too young for wisdom” but then I realised that it’s my birthday soon and thought about how old I turn and well…maybe, there is some wisdom in me…

I think “Don’t think” is quite a good advice, because when you overthink it, you might become scared of how much work it is and how long it takes and so on. When it really is about enjoying that you can learn something new that opens your mind and brings you closer to people.