Language is like a good stew or a typical Berlin nightlife DJ-set. Things will get mixed up. That’s just how it is and it’s good that way. Language evolves, as we all know, and any attempt at preserving a static language is futile. One-way languages evolve is by cross-contamination. More often than not, languages borrow elements of each other. Typically a consequence of geographic proximity, intense trade, or war and conquest.

Take the example of Russian and English. Both the United States and the UK have very long, relations (cold and warm) with the Eastern Bear. But there was never any substantial conquest to speak of. The borrowing of terms between the English and the Russian languages was mostly of a cultural, scientific and voluntary nature (as opposed to cultural mixing by force).

Mammoth: We all know the big, often furry mega-animals. Cousins of the elephant, they roamed the earth for about 4 million years and were the largest land mammals ever. The word mammoth comes from the Yakut (a language of eastern Siberia) word “mama” and means “earth”. Probably due to the notion that mammoths burrowed in the ground. Mammoths disappeared around 4,500 years ago. They are probably the first known species to become extinct as a direct consequence of human behavior. Today the word has evolved to mean anything that is unusually huge.

Bridge game: For a game that I have never played (and I have never met anyone who has ever played it), Bridge is pretty famous. Go-to game of Golden-Girls-type ladies, Bridge has been a staple of the Anglo-Saxon afternoon for decades (although seemingly in decline). But the game first originated in Russia, as Biritch. Although it has gone through some serious changes since the oldest Biritch rule book of 1886. 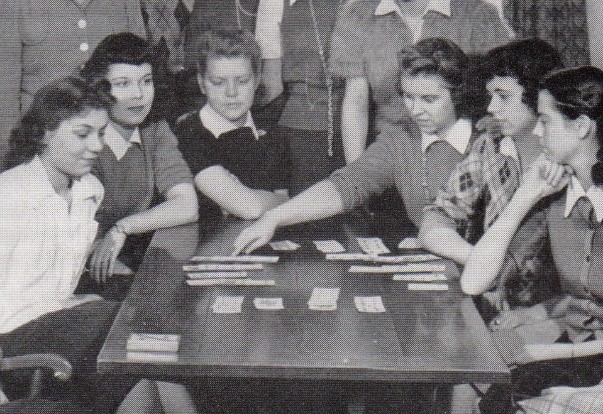 Intelligentsia? Bridge players? Or both?

Troika: Originally coined to describe the traditional Russian harness where three horses pull a sleigh, it soon found its way into politics. After former leader, Vladimir Lenin’s first stroke, the term was used to describe the trio of Joseph Stalin, Grigory Zinoviev and Lev Kamenev who took over the leadership of the Soviet Union.  Although still used mainly in a political context, the term is now used to mean three people working together.

Balalaika: This might not technically be a term used often in the English language (it’s more of a name than a term anyway). But considering its mention in The Beatles “White Album”, considered by Rolling Stones Magazine to be the 10th best album of all time, we figured it’s worth a mention. “Let me hear your balalaika’s ringing out” refers to the traditional Russian instrument. Similar to a guitar, it is triangular in shape and can grow to photoshop-looking sizes. 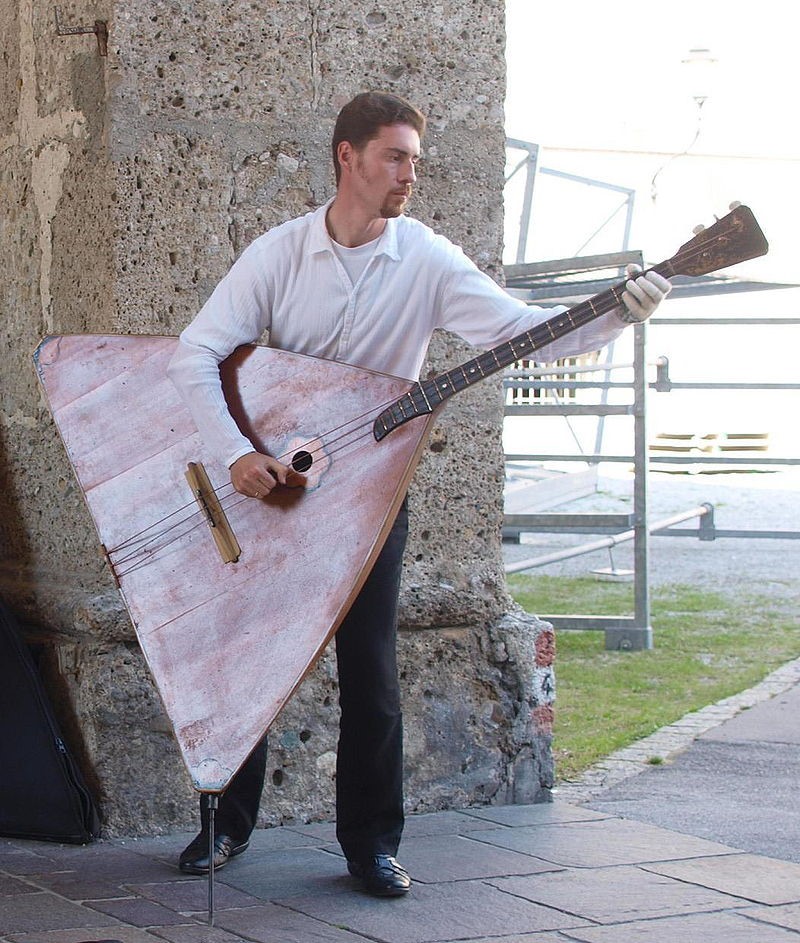 Let me hear that ring out, my man

Balaclava: Again, not really a term used conversationally, but still quite relevant to anyone from skiers to bank robbers and the police that catch them. Not to be confused with the delicious Middle Eastern pastry Baklava, the Balaclava is a mask (or hat?) named after the city of Balaclava on the Crimean Peninsula. The hats played a vital role in the Crimean War fought between the British Empire and the Russian Empire in 1854. Arguably, they helped save thousands of British troops from the bitter cold of the Balaclava Valley.

English in the Russian language.

Unlike Russian words in the English language, English words in Russia are often more current and modern. Many terms that have only been around for a few decades have been taken over by Russian, as they have in many languages. Words like “playlist”, “on/offline”, “to google” or “fast food” are all terms that are commonly used in many languages.

This can be explained by the relative novelty of those terms, coupled with the proficiency and relevance of the English language around the world today. If most people know what the words “fast” and “food” mean, why translate it? Looking at you, French Canada. Why on earth would anyone make a literal translation of the McDonald’s “HappyMeal”?

The connection between Russian and Latin languages, such as French, are also note-worthy. The word “Tsar” actually comes from the Latin “Cesar”. French words such as “surprise”, “journal” and “charme” were directly taken from French, mostly during the Napoleonic conquests.