The Lingoda Marathon: 90 Days of Learning German with Evgeniya 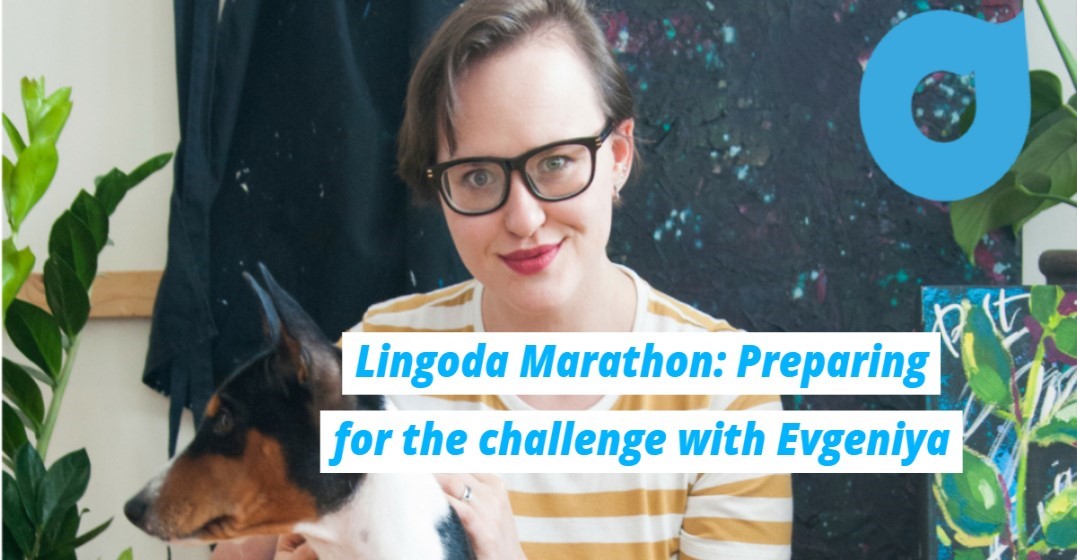 As a successful artist in her own right, Evgeniya was considering taking a course at her local art school. So learning German quickly became a priority. Without the language she feared that she wouldn’t get as much out of the course as she needed.

As for the Lingoda Marathon Challenge, Evgeniya decided to take part after watching YouTube celebrity, Anastacia Kay who recommended the event. As a perfectionist and a determined student, Evgeniya fell in love with the challenge: 90 classes in three months, and a course refund if she completed all the lessons.

Lingoda Marathon: Preparing for the challenge

Taking a trial class with Lingoda helped Evgeniya determine her level of German fluency and learn more about Lingoda and its teaching platform. Although her teacher suggested Evgeniya start at the B1 level, she decided to push herself on to B2.

Evgeniya was also struggling with her internet connection at home and agreed with her friend that she could call round at anytime to take a class if her connection failed. In the end she didn’t need her friend’s hospitality, but the back-up plan gave her peace of mind.

On January 1, 2018, Evgeniya’s life changed completely. Lingoda and the Language Marathon Challenge became her main focus. She spent everyday planning, preparing for classes and reviewing what she learned. Technical issues at the start of the Marathon also presented a challenge although these were resolved during the event.

Evgeniya built her life around the event, talking about it non-stop with friends and family. She even shared news regularly with her followers on Instagram, who replied with questions and a keen interest in her progress.

It was hard work, but she still managed to fit classes around her daily routine: a busy family life, working as a freelancer, painting, blogging about Berlin and walking her very cute dog (a Basenji). 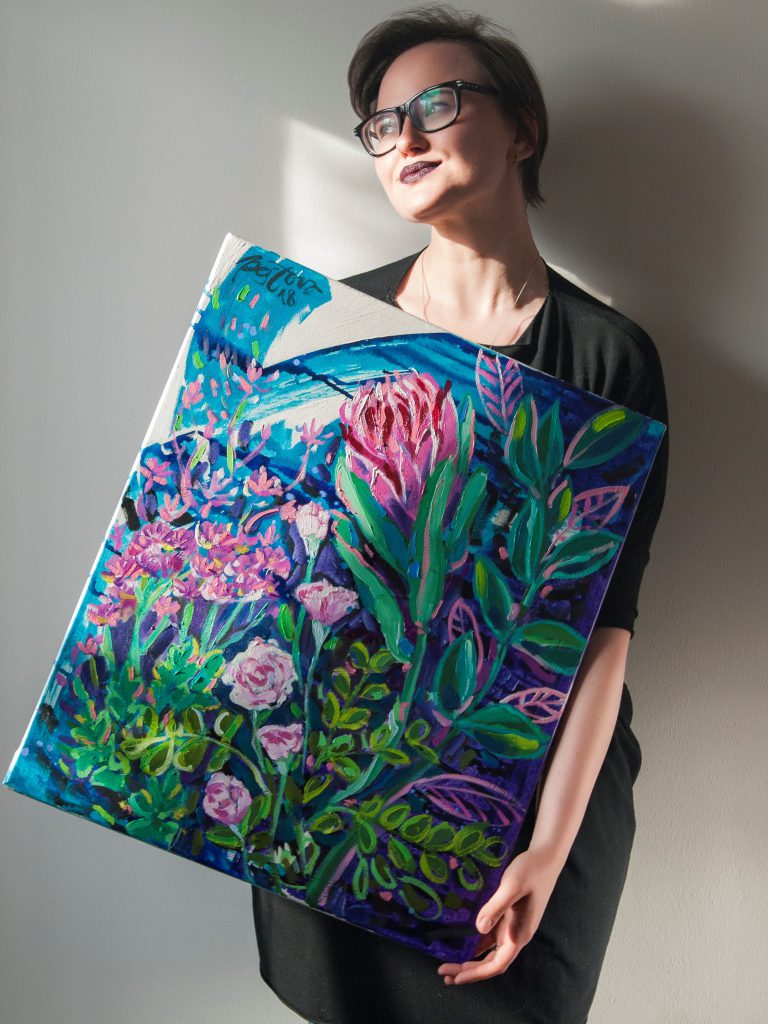 Learning a language: An art in itself

Every month of the Marathon Challenge was a different experience. January was exciting with minor technical problems, but Evgeniya met a lot of people from all over the world, both teachers and students.

The majority of the language learners at that time were Romanian medical students who were assigned to learn German by their college. Evgeniya recalls how much fun it was to meet the same students during the classes, and it was great to get to know these people better.

February, the middle of the challenge, was the hardest month. There were some problems with the system again, and she got the flu which made it twice as hard. Once Evgeniya took two lessons when very sick with a high fever.

March was a bit easier and more stable. This time Evgeniya booked the whole month in advance. This meant she could choose the most interesting topics at the most convenient times.

There were other challenges. Evgeniya recalls how she once got confused with the AM:PM system (in Russia, the 24-hour clock is more common). One day a morning lesson became an evening class which she had to take after dinner with friends – and a glass of wine or two.

Most importantly of all, Evgeniya didn’t just rely on the Lingoda Marathon Challenge to learn German. She combined these classes with private lessons. Hard work, but she stayed focused on her goal – becoming fluent in German.

In the end, Evgeniya felt satisfied – and relieved. She significantly improved her spoken German and obtained a B2 certificate. This helped her pass a German exam and apply to the university of her dreams. She is now taking a break from her intensive learning and beginning her preparation for TestDaF,  a standardised language test for non-native German speakers.

If you’d like to start your own language learning journey, visit the Lingoda Marathon Challenge website and find out more. You could experience classes with native speaking teachers and earn up to 1400€ of your money back!