How to learn Spanish on your own: 7 tips 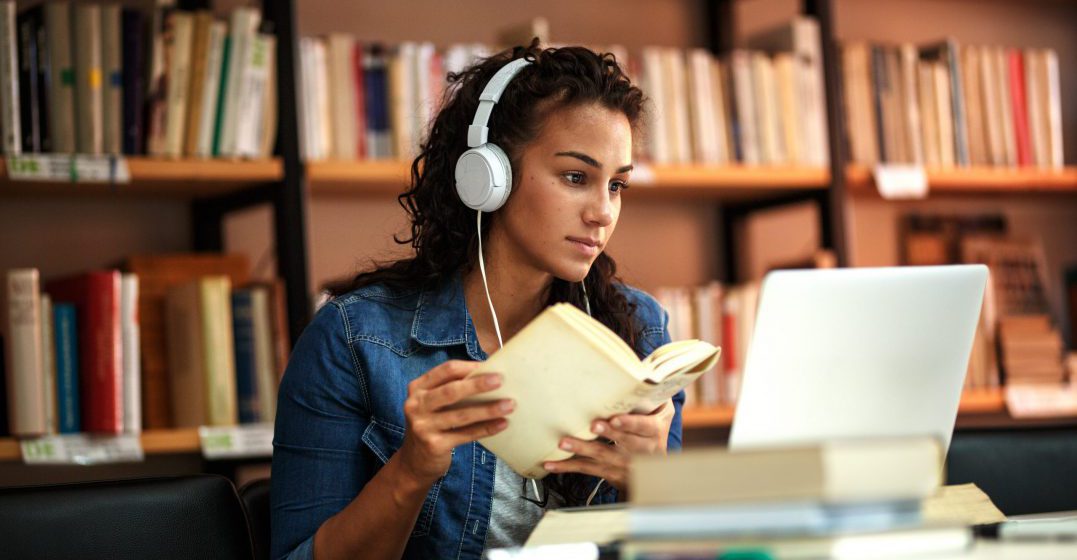 Wondering how you can learn Spanish on your own? You can can do it with a lot of determination and yes, some hard work. If you’re ready to commit to self-guided learning you can absolutely become fluent in Spanish.

We’ll tell you about the fastest ways to become fluent in Spanish if you’re looking to learn quickly. Got a little more time? We have tips for that too. We’ll tell you how to get comfortable practicing with YouTube and how to find a language partner for some speaking practice.

From podcasts, audiobooks and films, Spanish recipes and hitting the grammar books, with these seven tips, you’ll be able to learn Spanish fast at home.

The best way to learn Spanish

Unfortunately, there’s no straightforward answer to this question. You’re going to have to experiment with the tips and techniques below, mix them up and find what works for you. (Tip number one is a good place to start if you’re completely lost!)

The good news is that Spanish isn’t terribly difficult to learn for those who speak English. It’s a romance language so there are lots of cognates with English and it’s phonetic so the pronunciation is fairly easy. But, unless you want to make Spanish learning your full-time job, think of it as a marathon rather than a sprint. You’ll get to fluency, it just might take some time and trial and error.

Speaking of pronunciation, get ahead and learn about 7 Spanish words everyone pronounces wrong.

The best way to learn Spanish? Start speaking, straight away. Speaking in a new language is often the hardest barrier for people to break down, which is partly why you should start speaking as soon as you start learning. You’ll find yourself having real conversations with Spanish speakers much quicker than you thought possible.

If you make mistakes, so what? Everyone was a beginner at something once. ¡Sé valiente! (Be brave!)

Check out more on the best way to learn Spanish here.

2. Immerse yourself in the language

Immersion in a Spanish-speaking country is almost certainly going to be the fastest way to learn Spanish. While this method might not be practical for a lot of people, if it’s possible to go to a country or become part of a community where Spanish is spoken even for a short time, it can really boost your language learning. And the longer the better, so if you work remotely or can take some time off, pack up and head to Spain or South America.

The good news is that Spanish is everywhere. With an estimated 450 million native speakers, there are Spanish communities all over the world and accessing Spanish native speakers is much easier than, say, finding a native Hungarian speaker in the U.S.

Immersion works so well because it forces you to practice three skills – reading, listening and speaking – at the same time. You won’t be able to avoid speaking even if it scares you, you’ll be trying to read everything around you and you’ll hear Spanish spoken everywhere.

Start at the very beginning with the best way to learn Spanish numbers.

3. Listen to podcasts and other audio in Spanish

Podcasts and songs are free and easily accessible and can help you practice your listening skills in Spanish. Both singing along to the radio and trying to follow a podcast on a topic you’re keen on can help improve your vocabulary. Audiobooks, while not free, are cheap ways to listen to longer texts; start with a short book you’ve already read in English before trying to wade through Don Quixote.

Here’s a list of the top ten radio stations in Spanish to help you get started.

There’s no shortage of great TV shows in Spanish so if you want to learn from your couch, pick up your remote and start scrolling. Prefer YouTube? With millions of Spanish-language content creators, you’ll easily find a video about something you like.

Use subtitles to begin with, first in English if you need to and then in Spanish as you grow in confidence. Reading subtitles in Spanish is good reading practice, obviously, but it’s a way to learn how to spell in Spanish too. And the feeling when you can switch the subtitles off and just enjoy the show is pretty amazing.

See some of the best movies to learn Spanish.

5. Get a textbook and hammer some Spanish grammar

Cue the sighs. If the thought of a textbook takes you right back to long, dull hours spent bent over a book at school, fear not! Modern language learning textbooks for adults are a great method to make sure you’re covering the basics of Spanish while you’re still a beginner. Textbooks, or grammar books, are also the best way to get lots of practice with all of those pesky irregular verbs.

The important thing with a textbook is that it should only be part of your Spanish language learning journey. Spend a few hours a week on yo estoy, tu estás and offset that with other more fun approaches to learning Spanish on your own.

6. Immerse yourself in the culture of Spanish-speaking countries

Whether you love flamenco, salsa or the tango, tapas, enchiladas or empanadas, there’s something in Spanish or Latin American culture that’s sure to grab your interest. Take a dance class and try to learn the steps in Spanish. If food is more your thing, find a recipe book in Spanish and start cooking.

Interacting with Spanish and Latin American culture in a way that is interesting to you is one of the best means to turbocharge your language learning. Because being interested means you’ll learn faster, just like being bored means you’ll abandon your new hobby quickly.

No, this one isn’t technically a way to learn Spanish on your own, but you don’t have to leave the house to do it so we think it counts. There are so many websites and apps you can use to find language partners who will let you practice your Spanish in exchange for your native language.

So, can you learn Spanish on your own?

¡Sí se puede! Yes, you can do it! Download a podcast, search YouTube for good videos in Spanish, cook up a taco-themed storm and most importantly of all, start speaking to anyone who will listen. Add in a healthy splash of motivation, and you’ll be well on your way to fluency.

Laura is a freelance writer and was an ESL teacher for eight years. She was born in the UK and has lived in Australia and Poland, where she writes blogs for Lingoda about everything from grammar to dating English speakers. She’s definitely better at the first one. She loves travelling and that’s the other major topic that she writes on.
Laura likes pilates and cycling, but when she’s feeling lazy she can be found curled up watching Netflix. She’s currently learning Polish, and her battle with that mystifying language has given her huge empathy for anyone struggling to learn English. Find out more about her work in her portfolio.