How to write a French cheque: 5 steps to follow 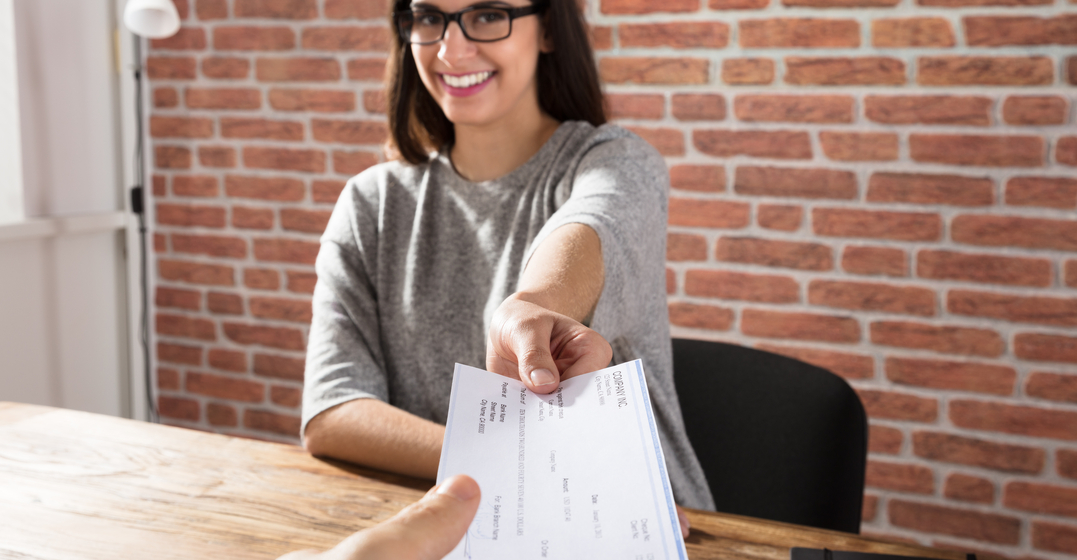 Cheques are a very common means of payment in France. They are accepted almost everywhere. If your children attend school in France, this is often the payment method that you will be asked to use to pay for the canteen, photos and school trips. Also, some doctors are not equipped with credit card devices. You probably already knew this, but when you are faced with your cheque book, doubts may arise… What does this box correspond to? Should I put a comma, a full stop, hyphens there or there? Follow the steps below on how to write your French cheque without making a mistake!

5 steps to writing a French cheque

1. Enter the number amount you want to pay

In the large, thickly outlined box on the right-hand side of the cheque, write the exact amount due in figures.

First of all, write the first digit of the amount as far to the left as possible to avoid any risk of fraud (such as adding a digit to the left, for example). Then replace the remaining space with a horizontal line (again, to avoid adding numbers). The punctuation used by the French between euros and cents is the comma.

Preferably use a pen with non-erasable ink that will not smudge or run. As erasures or overwriting can sometimes lead to rejection, filling in a cheque with a pen is the best option.

2. Enter the amount in words

Next to (or sometimes below) the words “Payez contre ce chèque en euros” (on the top of the cheque), write the amount due in words. For example: 86,50 euros becomes “quatre-vingt-six euros et cinquante centimes”. Find out more about how to write out numbers later in this article.

How to fill out a French cheque in words

If writing numbers in French seems impossible to you, you should know that for the French themselves, it’s a real headache!
The main thing to remember is that you should put a hyphen between numbers from “16” onwards.

The Académie française has again struck with a completely crazy spelling rule: when the word “vingt” is multiplied, you put an “s”, and when it is followed by another word, you don’t put an “s”… And  100 = ” cent ” reacts like ” vingt “, and takes an ” s ” when it is not followed by other words. This means:

As for writing the cents correctly, it is best to write them in full as well. But you should know that it is also possible to fill in a cheque by writing the cents in figures (e.g. “quatre-vingt-six euros et 50 centimes”).

The reasoning is the same as for the amount in figures: also start writing as far to the left as possible to avoid fraud. Once you have written down the amount, replace the remaining space with a horizontal line.

Just below the area where you have just filled in the sum in words, on the line starting with « à », write the name of the payee (whether a natural person or an organisation).

It may be necessary to ask explicitly what to fill in here to avoid mistakes. If you are not really sure what to write in this part, wait before filling in the rest of the cheque (this will avoid the possibility that if you misplace your cheque, the person who finds it can write their name on it and cash it!). This is what we call in French: “faire un chèque en blanc” (“writing a blank cheque”).

4. Indicate the place and date

The example above only leaves room for the date, but sometimes this section is preceded by the word « à » and should be followed by the location. This is generally indicative and does not cause any problems if you do not mark your location precisely or misspell the town’s name.

The issue date on the line begins with « le ». This is the day on which you will hand over your cheque to the recipient. As a reminder, it is forbidden to backdate or postdate a bank cheque.

If you wonder how to write a French cheque, the signature must be the last step.

At the bottom right of your cheque, sign it. This must be the same one you presented to your bank when you opened your account. This will help you avoid the risk of rejection and combat bank fraud.

Lastly, it is also best to detach your cheque before signing. This prevents the raised signature mark on your cheque from appearing on the next cheque, which could allow your signature to be forged if your cheque book is lost or stolen.

Keeping to the French cheque format can be very simple if you follow the 5 steps. The numbers on the image represent the steps described in this post:

You will see that with practice, writing a French cheque, also in euros, will seem like child’s play!

Yes! Learning a language is not just about grammar, the cultural context is also very important in these situations.

Don’t hesitate to talk about your personal experiences during your lessons with Lingoda. And by the way, have you thought about booking your next class?

Audrey has been a French teacher for more than ten years now, and a cheese-lover all her life. She comes from the west of France, and after living 2 years in Spain and 4 years in Oxford in England, she has just settled in the heart of France, in Auvergne, a land of cheese, rugby, Michelin tyres and ancient volcanoes. Audrey definitely prefers the first one. She speaks French, Spanish and English, and just started German, nothing better to understand her students who tremble at the French grammar! When she is not teaching, she tries to find time to cook or sing in a choir. She loves to invite people to her house to feed them and trap them with musical blind tests designed and adapted to her guests!  Find out more about her on her website and LinkedIn.