How to Survive Living in Bavaria 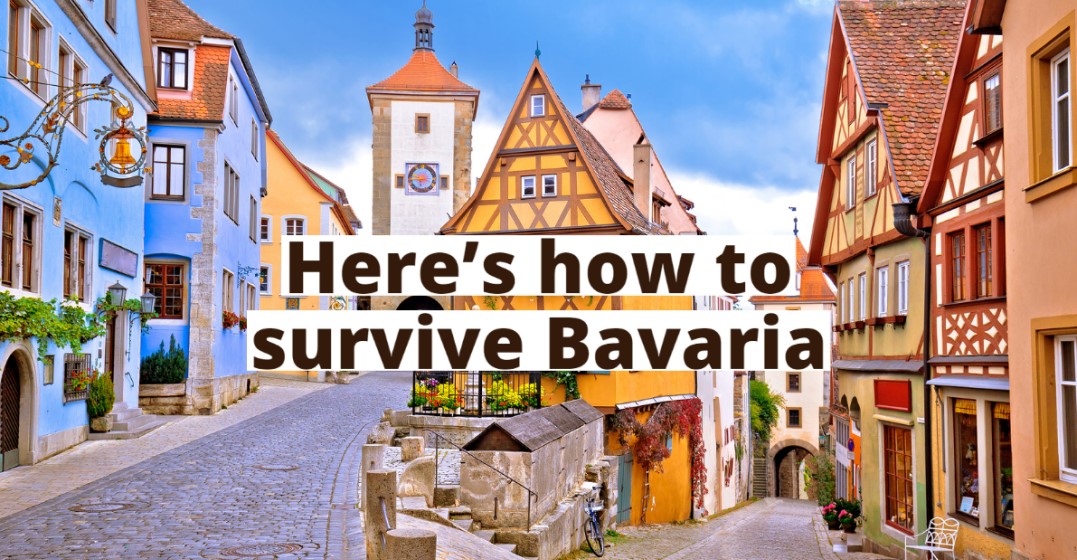 You’ve been cool in Berlin, fun in Cologne, but now you’re moving to Bavaria. It’s pretty similar, right? Oh no. Well, even born-in-Germany Germans will tell you there is something special about Bavaria – and some of them mean it in a nice way and some of them don’t! The biggest Bundesland has a flavour all their own. I quizzed over 15 people about their lives in Bavaria, and surprisingly, the beer hardly came up at all!

Why is Bavaria different?

Bavarians are Bavarians, and yes, also German I guess

The first German I was friends with in university was from Bavaria, and he was loud and proud. He drank us all under the table and would expound on how Bavaria was the Texas of Germany. If someone asked him if he was German, he would nod, immediately followed by ‘I’m from Bavaria!’. The cultural identity of Bavaria is strong, and while yes, they are part of Germany, that doesn’t come first.

I polled my Bavaria-living friends about what they found surprising when they moved there, and the prevalence of Trachten came up several times. If your knowledge of Dirndls and Lederhosen has come from non-German media, it may come as a surprise that these traditional clothes are not costumes. Trachten, which is the collective term for traditional clothing, is an important part of special occasions, festivals, and even everyday wear. It’s not that unusual to see people wearing it and going about their day. My husband was surprised to see women in Dirndls on ‘casual Friday’ in a software company’s office.

Tradition is big in Bavaria

Along with Trachten, traditional festivals are a huge part of life. Along with the most famous Oktoberfest in Munich, there are endless beer festivals, Karneval festivals, Altstadt festivals, saints days, seasonal and harvest festivals, and more in small towns and cities all around Bavaria. These celebrations are often hundreds of years old, and attending one feels like time has stood still – people have been celebrating, wearing a Dirndl or Lederhosen, drinking beer in the sunshine, for half a century just where you’re standing. I understand the appeal.

Tradition is maybe too big

Friends that have moved to smaller cities in Bavaria mention that along with traditions and traditional dress, people are quite conservative and resistant to change. This is the way it is always done is a good enough reason not to change things, which can be frustrating if you’re used to more flexibility and curiosity in your life. Many people pointed out this tends to be the case in the smaller towns, but in Munich people are less tied to tradition, though it is still more important than in other cities like Berlin and Frankfurt.

Bavaria’s nature and countryside is special

All Germans take their forests and natural environment extremely seriously, but in Bavaria their spectacular mountains and valleys are their pride and joy. Alpine trips are part of life – hiking for several days and staying at the little huts along the way, hiking clubs with matching Lederhosen, winter sports, and cheese and milk from the mountains all feature heavily in the Bavarian psyche.

Once they are your friends, it is for life

More than one friend who has moved to Bavaria was a little unprepared for how long it takes to make friends there. They are courteous, sure, but friendly… not quite. It takes a long time to make local friends, but once you do, they are your lifelong friends and the warmth, loyalty, and thoughtfulness is something to behold. Seriously, a few friends of mine got nearly tearful on social media discussing it.

So while it might take you a little while to learn how to thrive in Bavaria, everyone I know who has made it their home loves it with a fervour that nearly matches their friends born there. Better start on your  Germany Lingoda package, so you start on your friend-making journey as soon as you land.

Ready to start learning German? Visit the Lingoda website and sign up for your free 7-day trial with our native German speaking teachers!