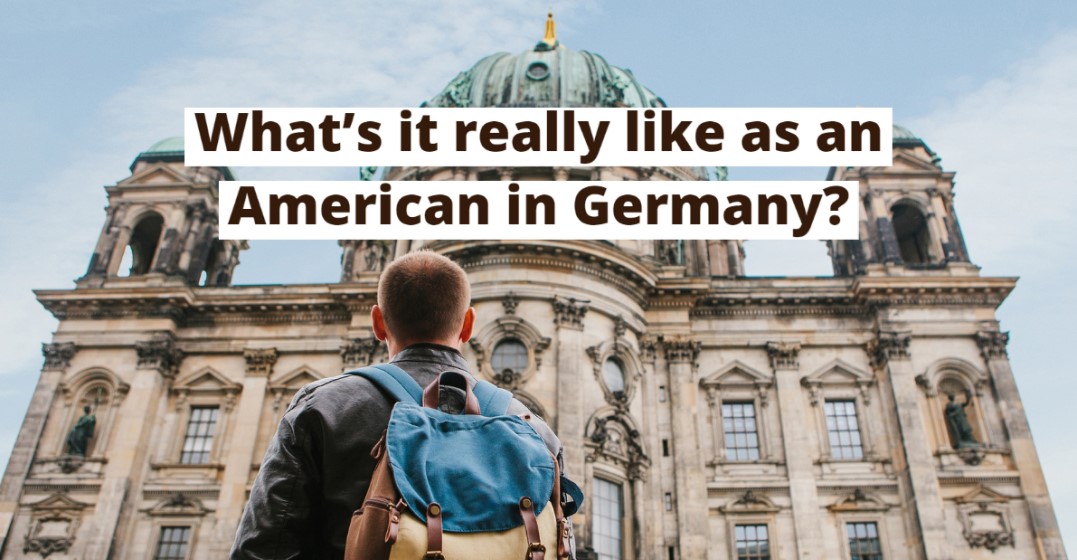 Among other reasons, Adriana moved to Germany from the US, because she believed there would be less culture shock due to the cultural similarities. Here’s her story…

Four years later, I can safely say that I still have experienced plenty of cultural differences. In order to survive, I’ve had to ditch the idea of using credit cards, learned the true meaning of “pünktlich”, and will forever wait at traffic lines for fear of offending a grumpy German mother. To make things a bit easier for other Americans who make this complex, yet extremely worthwhile decision to move to Germany, here are my top survival tips.

My Top Tips for Surviving in Germany as an American

In the US (at least where I’m from in Oregon), jaywalking is a pretty regular occurrence. Us Americans would consider jaywalking extremely logical when there are no cars around, because why wait for no one? But for Germans, this is a huge no no, especially if there are any children in the vicinity. Even if the streets are completely empty, pedestrians should under no circumstance jaywalk, unless you’d like to receive death stares from German mothers and the elderly.

Use public transportation instead of a car

Whereas in many parts of the US we absolutely need our own cars to get anywhere, it’s quite the opposite in Germany. Public transportation is well-connected throughout Germany, and also most of Europe, whether by train or bus. Not to mention that it’s much cheaper than a car.

Owning your own car in Germany is insanely expensive compared to the US. Insurance rates are higher, gas is more expensive, and parking fees are through the roof. Throughout my time here, I’ve never owned my own car, though I do sometimes miss it for grocery shopping, carrying head loads, or the general freedom of road trips. If you do need a car for short term purposes, a great alternative is car sharing platforms, such as ShareNow. I’ve also had wonderful experiences with renting cars through Check24, though you do need to learn a bit of German to understand the website and rental paperwork.

Be on time (which means be early)

Generally speaking, Americans are also quite timely people. We schedule both business meetings and meetings with friends for times that we expect everyone to show up. But Germans take this a step further. Being on time or “pünktlich” in Germany, actually means arriving at least 10 minutes early. This is important to note for appointments like job interviews and office meetings. So, if you tell your German friend to come to your house for a party at 8pm, don’t be surprised if they show up as early as 7:30.

Note that basically everything is closed on Sundays

Forget 24/7 Walmarts and Walgreens. Forget doing grocery shopping on Sunday afternoons. Forget even mowing your lawn or doing laundry on Sundays (this is not allowed due to noise regulations). Generally speaking, nearly all businesses are closed on Sundays, and they often have shorter hours on Saturdays as well. For my entire life in the US, I always went grocery shopping on Sundays, but now I tend to do it during odd hours of the week or even Friday evenings. Everyone hates it, but it’s just something you have to accept. In Germany, Sundays are for family time and peaceful quietness.

Get ready to pay for water, and also often the bathroom

One major thing I struggled to accept was paying for water everywhere I go. In the US, it’s normal to sit down at a restaurant and a gigantic glass of water suddenly appears. In Germany, most of the time you have to pay for it. In some restaurants you can ask for tap water (Leitungswasser) and if they’re feeling generous, they’ll give you a tiny glass, but most of the time they seem offended if you even ask. If you hate the concept of paying for water like I do, carry a bottle of water with you (but don’t drink it too openly in a restaurant as it’s a bit offensive).

On a similar note, you also have to pay for the bathroom – sometimes even when you’re already a paying customer. Keep 50 cent pieces on hand to make using the entrance machine easier, and take note of public bathrooms when walking around. My first few days in Hamburg were pretty tough as I tried to go shopping and spent multiple hours searching for public bathrooms, because most cafes don’t have them for customers.

Be aware that public WiFi is not a thing

While on the topic of cafes, you won’t find public WiFi in most of them either. The German government is quite strict on holding businesses accountable for what customers do on public WiFi, so most businesses avoid this by simply not offering it. As time progresses, city governments have begun implementing WiFi access on public transportation, but it’s still in the early stages. So if you need WiFi, Americans are likely already familiar with the best place: Starbucks.

Learn the language, especially for the foreigner’s office

One of my biggest recommendations for Americans moving to Germany is to learn the language. While Berlin is known for its openness towards the daily use of English, the rest of Germany isn’t quite there yet. In Hamburg, it’s pretty rare to find someone who I can ask for help in English, this includes the post office, grocery stores, shopping malls, restaurants, pharmacies, and most importantly, the foreigner’s office. For all of your visa-related appointments, you absolutely need to speak German. If your German isn’t quite there yet as you’ve just arrived, find a German who can go with you to the appointments, otherwise you’ll be totally helpless. You’ll also need German for renting your apartment, speaking with your insurance, and setting up WiFi and electricity utilities, so better to start learning German ASAP!

While there is a lot of unhelpful and incorrect information online, I can give you a few that you can 100% rely on:

Carry cash with you at all times

Last but not least, one of the biggest things I had to adjust to coming from the US is that Germans use cash to buy literally everything. Most places don’t even accept any form of digital payment, except for a German EC card (debit card) or are completely cash only. So whenever you are out and about, or have plans to eat out with friends, make sure you have enough cash to cover the bill.

If you’d like to prep your German skills before moving to the country, visit the Lingoda website and sign up for your free 7-day trial with our native speaking teachers.