How to Survive Driving in Germany
by Erin McGann
April 01, 2020 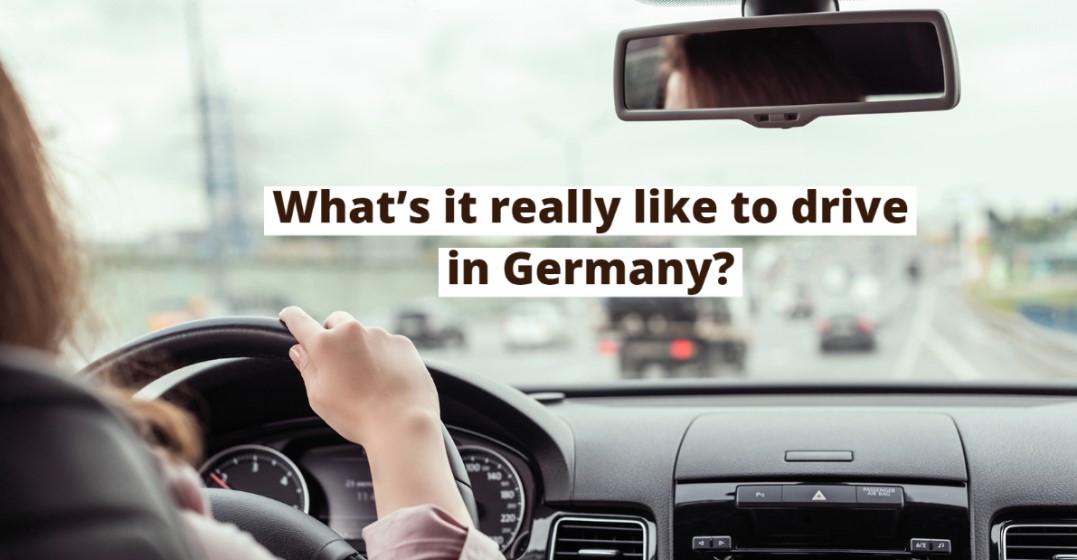 Think about driving in Germany and the first thing that comes to mind is ‘no speed limits on the Autobahn!’. There is a bit more to it than that, but if the idea of unlimited speed highways thrills you or terrifies you, don’t panic. We’re here to help.

The truth about driving on the Autobahn

First of all, not all areas of the Autobahns are unlimited speed. ‘Autobahn’ is just the German word for highway, so they will have speeds marked – generally 70km/hr near exits, and 100km/hr and 120km/hr within cities or on smaller highways. If you’re looking for the unlimited speed sections, those will be denoted with a white circle with black lines diagonally across it – this means the previous restriction is ended. Be careful though, on small highways, this also means the previous speed limit is no longer in effect, but there is still a speed limit. There are speed cameras looking to catch you too, so if you wonder why everyone else has slowed down, and then you see a flash – get ready to have a letter in your postbox with the absolutely worst photo of you in the world within a month.

Stay to the right

The rule on any highway in Germany is it is your responsibility to get out of the way of someone going faster than you. So on the Autobahn where there are three lanes, the far left lane is for people going crazy fast, the middle is for regular speed and passing slower folks on the right, and the far right lane is for trucks, RVs, and people about to exit the highway. If you are not going crazy fast in the far-left lane, someone will come screaming up behind you and flash their lights. This is polite car talk for get the hell out of my way.

Just don’t drive in the Altstadt, any Altstadt

One of our favourite things is exploring small German towns and cities, experiencing the cute half-timbered houses, the little curvy streets, and the pretty window boxes full of colourful flowers. What we don’t love is getting stuck driving through yet another medieval city gate that is barely big enough for a car because we blindly followed our GPS, with local residents giving us the stare down. It’s a good rule to park outside the Altstadt of any given town or city, and explore on foot. Driving over cobbles and squeezing through tiny streets is just not worth the headache.

If you’re used to driving in North America or the UK, the sheer number of cyclists might give you pause. They are not the exception, but the rule, and you have to get used to checking for them while parallel parking, turning right, and opening your car door. Adopt the Dutch technique of reaching for your door handle with the opposite hand, that way your body turns to look over your shoulder and you won’t flatten a cyclist with your car door.

Get used to people watching you park

I live in a neighbourhood with limited parking, and residents have to park on the street. This means I am an excellent parallel parker and routinely share photos my impressive feats of back-and-forthing on Facebook. However, this also means older gentleman like to stop and watch me park. Whether they think I can’t do it, or they are watching to make sure I don’t damage any cars, or it’s just their entertainment, probably twice a week I have an audience as I park. This isn’t limited to my nosy neighbours either. Just ignore them and do your best, and know this is standard and it’s not about you.

The signage system is quite logical: anything within a red circle means that is not allowed, anything with five skinny black lines through it means the end of that restriction (speed, low-emission zone, etc). I think my favourite German road sign is the Migratory Toad Crossing. 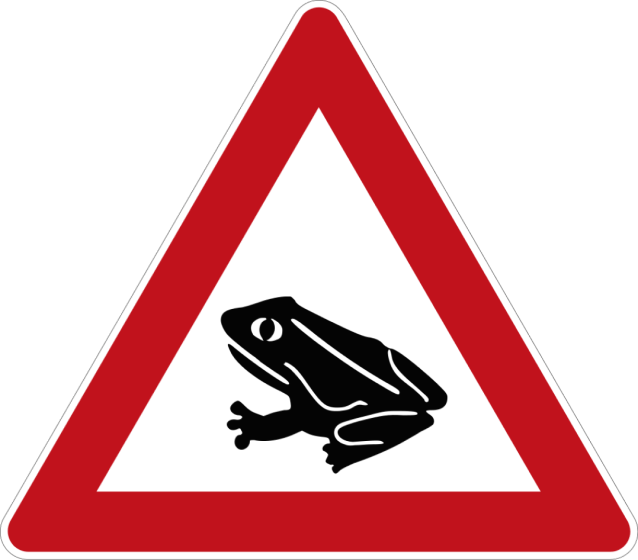 It’s a line drawing of a toad, and it’s a real thing, there are several near where I live. The suggestion is that you should really not run over the toads. You’re one step closer to integrating into living in Germany. Have you tried out Lingoda’s German language lessons yet? It’s the best way to kick-start your German language learning.

If you’d like to perfect your Germany before driving in the country, visit the Lingoda website and sign up for a free 7-day trial with our native speaking German teachers!