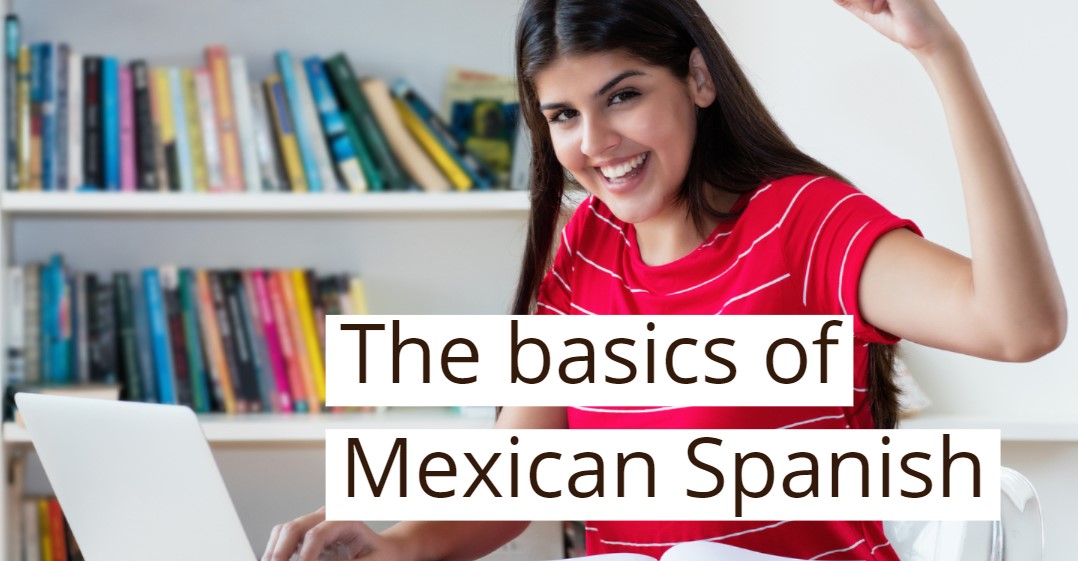 Spanish or Mexican Spanish – is there a difference?

If you cast your mind back to my previous post, you’ll remember we made the move to Spain and started seeking out real Spanish. Meaning, the way the locals actually speak, not just stilted phrases from a textbook.

As we know, though, Spain is not the only country where Spanish is spoken. In fact, there are 20 other countries across the globe where Spanish is recognised as an official language, including Mexico, where its speakers number over 100 million.

Mexico, in addition to having a hugely rich cultural heritage, world-renowned food and, of course, holding claim to the birthplace of the humble margarita, has given its variety of Spanish plenty of peculiarities. Join me therefore as I explore eight bits of purely Mexican slang that will ensure you fit right in as you take on the bustling streets of La Condesa in Mexico City.

This short three-letter phrase sadly has nothing to do with either martial arts or delicious pickled korean veg. Chi is a very informal way of saying, ‘sí’, that ubiquitous Spanish word for ‘yes’. So, if a dashing Mexican suitor asks you, ‘Quieres bailar conmigo?’ (Do you want to dance with me?), smile flirtatiously and whisper ‘¡chi!’ in his ear.

This phrase literally means ‘what a bear!’ in reference to our furry grizzly or polar friends. Don’t panic, bears are not currently swapping the Hudson Bay for Lake Texcoco, this phrase actually means ‘how embarrassing’ or ‘how shameful’. A standard Spanish equivalent would be something like, ‘qué vergüenza’. If your embarrassment is extraordinarily strong, you can remove the ‘qué’ and simple say, ‘¡oso mil!’, meaning ‘a thousand bears’. Rawr!

Champú in standard Spanish is used to refer to that liquid we use to cleanse our luscious locks with. However, in Mexican slang, champú has an alternative use, as a shortened form of the phrase ‘champán’, meaning champagne. Don’t believe me? Just ask Mexican idol, Gloria Trevi, she should convince you!

Most Spanish speaking countries have a unique, more colloquial way of referring to a ‘guy’ and a ‘girl’. In Spain, for example, it’s ‘tío’ or ‘tía’, in Argentina and Uruguay it’s ‘pibe’ and in Mexico, the equivalent would be ‘chavo’ or ‘chava’. Chavo/a can also be used to refer to a boyfriend or girlfriend, the meaning of which coming clear from the context, or from the imminent friend zone you’re feeling.

For the more astute Spanish learners among us, they will have noticed that this word is actually how the letter ‘x’ in Spanish is written out in full. In Mexico ‘equis’ is used to mean average, so-so, just generally okay, nada del otro mundo. So if something is described as equis, be sure to cross it off your bucket-list. Sorry, my humour is 100% dad jokes.

‘Padre’ is a well known Spanish word for ‘father’ or even ‘priest’ as well. (Did I really need to mention this, or was I just showing off I can use a dictionary?). In Mexico it can also be used as an adjective to mean ‘great’, ‘excellent’ or ‘marvellous’. If I want to intensify how padre something was, as with other adjectives, I can add the suffix -ísimo/a to mean ‘super-’ or ‘extra-’. If I really enjoyed a festival for example, as there was plenty of champú and reggaeton music, I could say estuvo padrisimo.

Alcohol is notorious for gifting language with interesting slang expressions. It can also gift you with the interesting talent of speaking languages you never even knew! But, I guess that’s a different story. Chela is the Mexican way of referring to ‘cerveza’, or beer. So, if you’re in the mood for an ice-cold tecate, make sure to refer to it this way.

Our final word, ending us on a bright note, is chido, an adjective used to mean, ‘pretty’, ‘lovely’, or something similar to ‘guay’ in Spanish from Spain. If your friend describes your outfit as ‘chido’, be sure you’re looking fiiine alright.

So there we have our list of eight distinctively Mexican items of slang. Be sure the next time you find yourself wandering the streets of La Condesa or surfing the waves at Tulum, you’re prepared to impress the locals. ‘¿Hablas español?’ they will ask you, to which you will quite clearly reply, ¡chi!

Fancy showing off your new found skills with one of our native, Spanish speaking teachers? Visit our website to find about our lesson trials.