How to Say Months and Dates in English 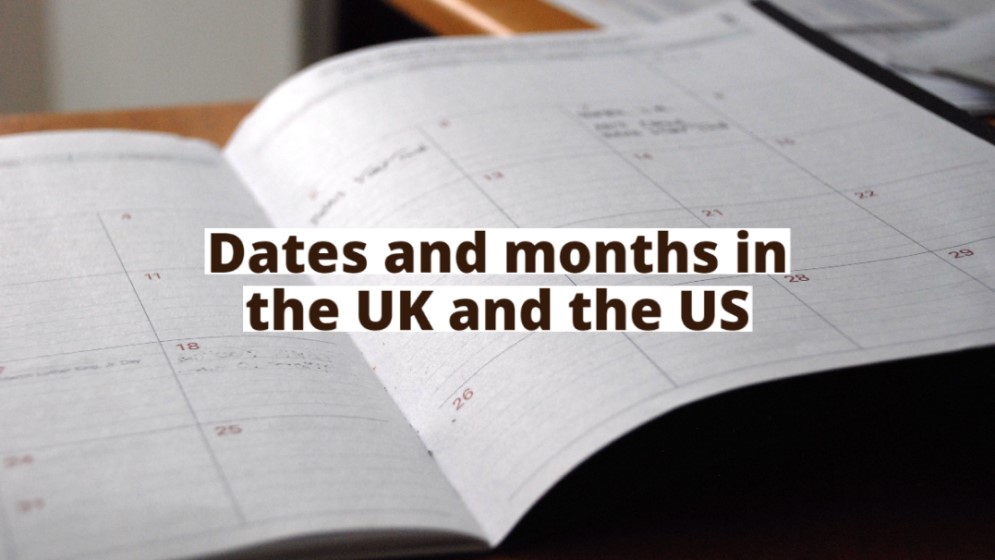 1-12-2021 . . . that’s 1st December, isn’t it? Or is it January 12th? Depending on where you’re from, either answer could be correct! If English months and dates have you confused, keep reading. In this post, we look at how to pronounce them, in which order to say them, and what the differences are between the UK and the US.

How to say the months in English

The majority of countries around the world use the Gregorian calendar. That’s the one that begins in January and ends in December. The months are numbered from 1 to 12.

Okay, so maybe you already know the months of the year . . .

But how are your skills when it comes to saying them?

Have a look at the list below—it shows UK and US pronunciation of the 12 months. While their spellings are the same, their sounds can be quite different.

There are several subtle pronunciation differences that we could discuss all day, but for now, let’s look at a few of the most obvious ones.

The words that differ the most on this list are generally those that have an r. Just like other American English words, the US months are pronounced with a harder, more noticeable r sound compared to the UK pronunciation. The only exception here is “April.”

Another difference worth noting is the sound of the letter u in “July.” UK pronunciation uses a long u sound (like in “June”). The US pronunciation has the same sound you’d hear in “book” or “put.”

How to say dates in English

When you say a date, you should use ordinal numbers (numbers you use to show an order).

How you say a date depends on where you are in the world. While we’re not going to talk about the variations between every country, let’s discuss the differences between the date formats in the UK and the US.

In the UK, the date order is day-month-year.

Written: My final exam is on 9 December.

Spoken: My final exam is on the ninth of December.

Spoken: I’m leaving on the fifth of January.

Spoken: I was born on the second of November, nineteen-ninety-five.

In the US, it’s a bit different. The order is month-day-year.

Written: I’m moving to a new apartment on June 24.

Spoken: I’m moving to a new apartment on June twenty-fourth.

Written: Her appointment is on August 12th.

Spoken: Her appointment is on August twelfth.

Spoken: He signed the papers on October eighteenth, twenty-nineteen.

How to use prepositions with months and dates

When you’re talking about a month, the preposition you should use is in.

→ My best friend got married in July.

When you’re talking about a specific date, use on.

→ My best friend got married on 24 July.

If you’d like to practice your English skills with a native speaking English teacher, visit the Lingoda website and sign up for your free 7-day trial today.