How to “Make” and Do” in Spanish

Languages use different structures and mental images to express the same ideas in different ways, or sometimes different ideas in the same way… For instance, did you know that the verbs “to do” and “to make” are just one verb in Spanish? “Hacer”.

Here’s how to use them in context: 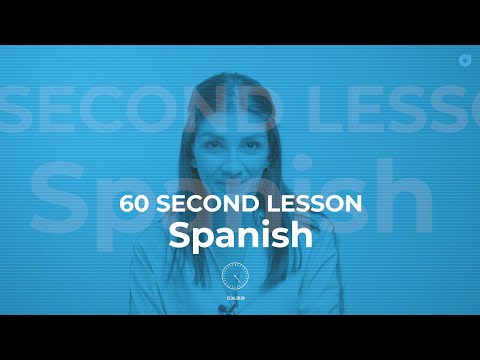 Another verb in Spanish that gathers many different ones in English is the verb “esperar”. For this one, there are not only two but three different verbs in English: “to wait”, the basic meaning, but also “to hope” and “to expect”.

Here you can see how to use them in Spanish.

This way, you see connections you wouldn’t see otherwise.

Like for instance, in this example, seeing that hope in every expectation, while you are waiting for it to come true. All of that is “esperar”.

If you also love the wonders of language, explore them further with Lingoda. We teach Spanish, French, English and German!