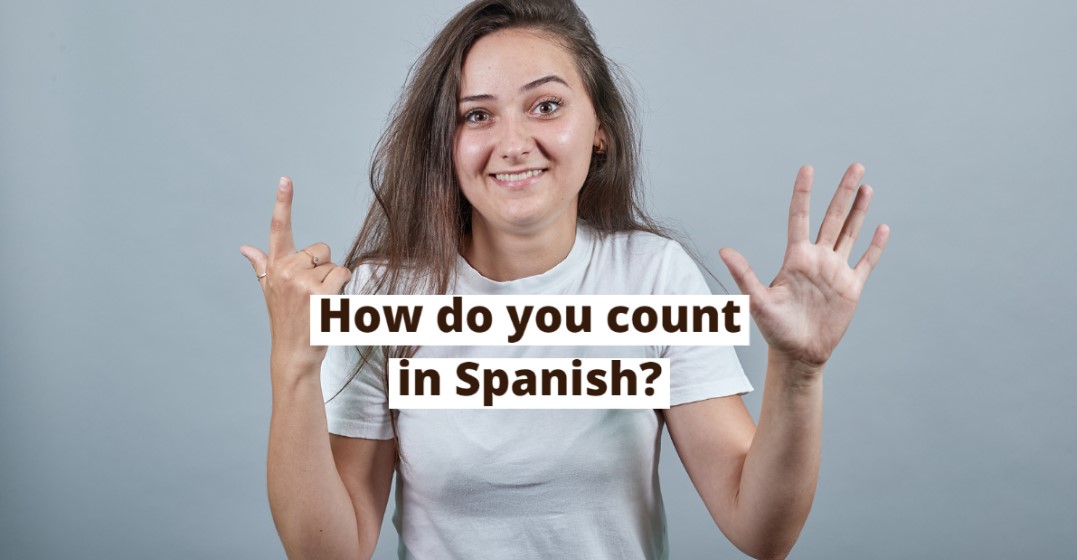 Surely you can get as far as un, dos, tres, whether you’ve heard it from Ricky Martin or any other Latin American singer. But how far can you count in Spanish, and can you form ordinal numbers? Learn Spanish numbers and you’ll gain a useful skill that will help you with shopping and ordering, talking about dates and age, telling the time or understanding schedules and idiomatic phrases. Forming numbers is straightforward in Spanish, so let’s get right to it!

How to count in Spanish

There’s no way around it, you have to learn a set of unique number words if you want to count in Spanish. Up to fifteen, each number is a distinct word, with zero being a term of its own, of course. Memorize those and you can apply some basic rules to form a majority of Spanish numbers.

To complete the numbers up to twenty, you form the word out of “diez” for ten, “y” for and, plus the last digit, like “seis” for six. However, notice the spelling:

The joining of words and the spelling with “i” for and continues between 20 and 30. After that, you continue to form the numbers with and, however you spell it as three separate words. Knowing that, it’s straightforward to count to one hundred in Spanish.

Listen carefully: there is only a difference of one letter between sixty and seventy, or “sesenta” and “setenta”, which can be difficult to spot with native speakers!

How to learn large numbers in Spanish

For numbers beyond one hundred, you have to remember a new rule: you don’t connect the word for one hundred with “y” for and with the rest of the number. However, the tens and ones are still connected with an “y” as in the table above. For example, one hundred fifty five (155) is “ciento cincuenta y cinco”. Note the epenthesis “o”, which makes the word flow better.

The word “cien” for hundred is a count noun, so as soon as you reach two hundred, you have to pluralize it as “doscientos” (the suffix “s” indicated the plural). Up to “mil”, or one thousand, there are only three irregular numbers: 500, 700, and 900:

Even larger numbers can become quite a mouthful to say, but they remain fairly easy to form. As in English, multiples of a thousand just take a digit in front. Likewise, thousand is an uncount noun: it’s “dos mil” for two thousand, not “dos miles”. Yet the word can take a plural, in case you want to say “thousands and thousands”, for example, which is “miles y miles”.

As you can see in the table above, “millón” (a million) is again a count noun with the plural “millones”. Note that in combination with a noun, you have to use “de” (of) to refer to what you’re counting. So “two million dollars” becomes “dos millones de dolares” (two millions of dollars).

Also note that the decimal separator and the thousand delimiter are reversed in Spanish, so you’d write two million as “2.000.000” and “one and a half” as “1.5”.

Unlike English, which uses the short scale numbering system, Spanish like many languages, uses the long scale system, which means that “billón” or “trillón” don’t match up with the English billion and trillion–these words are false friends!

How to learn ordinal numbers in Spanish

The last challenge is to name the order of things in Spanish. For this we’ll have a look at the ordinal numbers. Again, the first ten you’ll just have to learn by heart.

For ordinal numbers beyond that, you have to learn the multiples of ten first, then you can form combinations.

The twenty second then becomes “vigésimo segundo”, while “quincuagésimo quinto” is the fifty fifth.

There are a few things to remember when forming and using numbers in Spanish:

If you’d like to put the theory into practise, visit the Lingoda website and sign up for your free 7-day trial with our native Spanish speaking teachers.