How to Learn German Slang 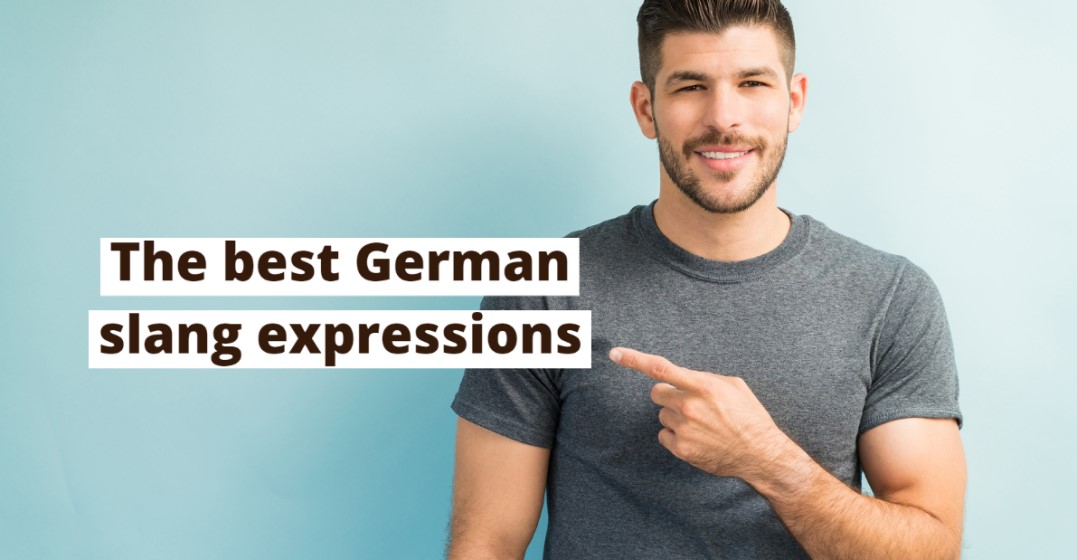 Every language learner needs a few swear words and slang terms in their vocabulary. To truly talk like a local and understand natives in Germany, there is no way around German slang. But it’s not all about dirty talk, insults and belittling someone–the following introduction to how to learn German slang and overview of the best slang terms will also show you colloquial expression to express your appreciation or shorten your answers in conversation. Lass mal anfangen, let’s begin talking slang like a local!

The best German slang expressions you need to learn

Whether you want to insult someone in German like a native or need to look up an expression you might have overheard, we’ve compiled the best German slang expressions you can make use of.

Superlatives and other forms of appreciation

Germans often use slang and colloquial expressions to show their appreciation, astonishment, surprise, disbelief or other reaction to often unforeseen circumstances. Here are a few of the best terms:

The literal translation is fat, but Germans use it in the sense of “phat”, so “Der Beat ist fett!” means “This beat is phat!” The word can be used for anything, not just sound, but calling a person fett is still shaming them.

Literally meaning top and class, these can be used as exclamations by themselves, or in combination with another term: “Klasse Essen” or “Spitzensong” (great food and great song).

Irre (as in crazy) is a form of appreciation or expression of surprise, but “das macht mich irre” literally means something is driving you crazy. Note that kirre (tame, lame) is used in the same sense: “da werd ich kirre” means you can’t stand something.

It’s always hammertime in German: “Hammer!” by itself or “Das ist der Hammer!” is an expressive superlative, but you can also use the word to form new adjectives: “hammergeil” means extremely cool.

You can create a comparative form of probably any other expression by putting “so was von” in front of it (literally: “something like that”). This means you’re calling something or someone the exemplification of another thing: “Du bist sowas von blöd” therefore means “you’re the definition of stupid”, or just “you are so stupid”.

To create a non-plus-ultra of anything, you can tag on “O-Mat” (derived from automat) to form an adjective or noun. Geilomat might be the most common form of this, but the term is virtually limitless in its possibilities.

The options for calling someone names in German are endless, so unfortunately we can only present you with a limited selection here.

A Schwätzer is someone who talks too much or is telling tall tales. Similar but different is the term Nervensäge, a nuisance (literally someone sawing at your nerves). Germany’s slight macho culture shows in the many terms deprecating the softie, wishy-washy people who do things by the book: Schattenparker (someone parking in the shade), Warmduscher (someone taking warm showers), Heulsuse (crybaby), Backofen-Vorheizer (someone preheating the oven), Jeansbügler (someone ironing a pair of jeans), Sonntagsfahrer (sunday driver), and Helmträger (someone wearing a helmet) all attest to that.

Even meaner expressions are Assi (short for “asozial”, an antisocial), Mistkerl (a dirty person), Vollpfosten (an idiot, literally a “dud” or “total pole”) and Korinthenkacker, someone who sh*ts currants–anal-retentive in English. 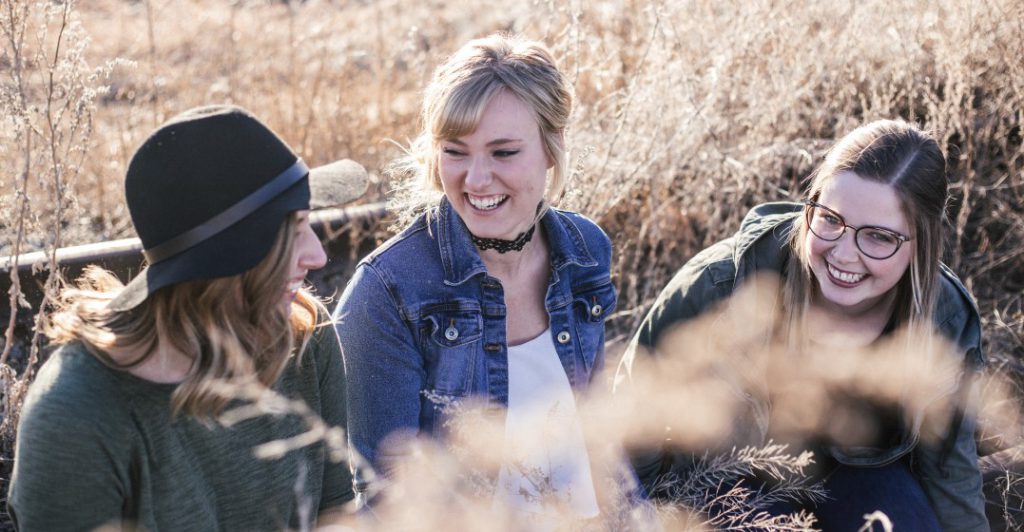 It is said that Emperor Charles V declared German the language in which to address one’s enemy; indeed, the reserve of German insults and swear words seems inexhaustible, if only because you can always combine them to form new ones.

These are more or less synonymous with “man” and are commonly used as an exclamation, for example of astonishment: “Pass doch auf, Mensch!” (watch it, man). Even stronger is “Mannomann”.

German for “nonsense” and “dung”, these work well as composites with other words. Quatschkopf is someone with a head full of nonsense, and Mistding is a “damn thing”.

A very common word for stupid, as in “Bist du denn total bescheuert?” (are you totally stupid).

Butt talk seems to be a favorite German pastime, judging from the number of expressions centered around “Arsch”. Arschkriecher and Arschlecker both mean “ass-kisser”, whereas Arschgeige is an “ass fiddle”. Weirdly enough, “arschgeil” is something extremely good. Also, watch the prepositions: “Ich bin im Arsch” is something you say when you’re tired, knackered, destroyed, but “am Arsch der Welt” refers to “the back of beyond” or the “middle of nowhere”. And if you really don’t care about something, you’d say “das geht mir am Arsch vorbei” (literally past your ass).

Of pigs and sows and other animals

German idioms and sayings are full of references to animals, and slang is no exception. Since Germans love their sausage, is it any surprise that pork makes an appearance? Schwein means pig and Sau is sow and both are insults, but you can form more expressions with these words. For example, Umweltsau roughly translates to “environmental pig”, a term for someone or something polluting the environment.

You can use Sau as a suffix with nearly everything: saugeil is “geil to the extreme, saustark literally means “strong as a sow”, in other words impressive as well, and saudoof means “really stupid.” The word Schwein can be used in the same manner, so schweinekalt speaks to extreme cold. However, “Schwein gehabt” is something you say for a stroke of good luck. Kein Schwein basically means “no one”, as in “Kein Schwein ruft mich an” (no pig is calling me). Similarly, “Das interessiert doch keine Sau” (no sow cares) is a common expression.

German words are long but slang is short

Part of the ingenuity of slang is that it allows you to reduce language and communication to a few terms you can toss back and forth; if you’re “in” on it, you’re able to follow, but if not, you won’t understand much. Don’t be left out–here are a few sweet and short phrases that nonetheless convey a lot in German:

Although jein is a non-answer, the combination of “ja” and “nein” can carry a lot of meaning or subtext, such as indecision, non-commitment, or the sense that the question is moot.

As you’ve probably gathered, German slang revolves around extremes; using suffixes like end, ober, and voll (roughly translating to beyond, overly, and fully), you can heighten or emphasize expressions: endgeil is “beyond great”, and Oberhammer is “overly cool”.

This can denote something crass, extreme, awesome, or gross, and is the perfect one-word-reply to literally anything.

Translating to “really”, echt can be used as a modifier for emphasis: echt gut (really good). But it’s also the perfect question to express doubt or disbelief: “Echt jetzt?” (really now?)

One of the trickier expressions, schon can mean “yet”, “already”, “really”, “anyway”, or “all right”–schon in Ordnung roughly translates to “that’s okay, really”. Yet all by itself, you can use it in reply to something, expressing your agreement; it’s like saying “really?” without questioning what was said.

This is the equivalent of “let’s…” Lass mal tanzen is simply “Let’s dance”, whereas Lass mal stecken roughly means “Keep it, it’s okay”. Lass mal by itself is like saying “Let it be” or “Don’t bother”.

Unlike English, Spanish or Dutch, German doesn’t have a progressive or continuous tense. “I’m working” and “I work” are both the same, “Ich arbeite”–you have to make use of another word such as “gerade” (right now) to indicate the continuous.

However, you can expressive a progressive tense in dialect using am or beim and a noun formed from the verb’s infinitive: “I’m working” then becomes “Ich bin gerade am/ beim Arbeiten”. This is called “rheinische Verlaufsform” (roughly Rhinish progressive) as it originates in the Rhine area, but it is understood and used in casual speech in all of Germany.

Southern Austro-Bavarian dialect has its own form, using the verb for “to do” tun as an auxiliary verb together with an infinitive: “Ich tu arbeiten” (literally: I do working). Please note that neither of these is standard German and should not be used in formal or literary context.

Put these idioms into practise and book a free 7-day trial with Lingoda. Our native speaking German teachers will help you with everything from grammar to pronunciation.