How to learn German fast: 7 tips 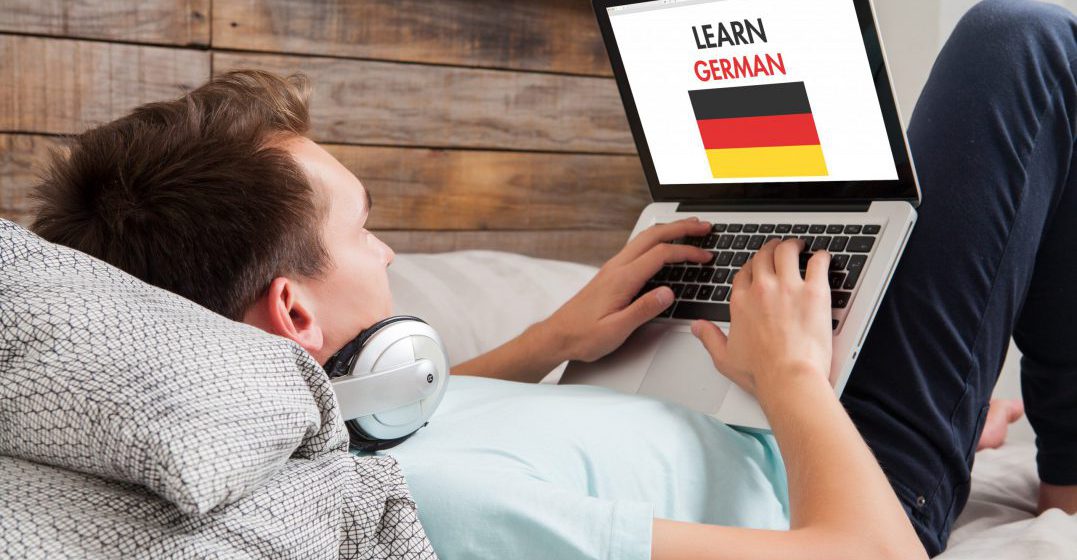 Learning a new language from scratch can feel overwhelming. And if you need to learn a language quickly, it’s even more stressful. But it doesn’t have to be that way and if you start out on the right track, your language learning journey will go smoothly right up to fluency. Read on for seven tips on how to learn German fast.

Is German really so hard to learn?

German has a bad reputation as a difficult language, often stemming from its long words and admittedly tricky grammar. But if you are wondering how to learn basic German, there’s no reason why you can’t do it fast because it’s really no more difficult than any other language.

If you want to learn more about this, check out our article on why German is easier than you think.

7 tips to learn German as a beginner

If you’re going to learn German from scratch, you need to have a goal in mind to keep you motivated and give you a sense of achievement when you reach it. Make sure the goal is achievable – you’re not going to be reading Nietzsche’s philosophy after a month – and make it real world.

You might be tempted to set a goal like I will learn 100 words in a month. This is achievable, but it’s not the real world.

A much better goal is: I will order an entire meal in German by the end of the month. Or: In six weeks, I will make small talk with my colleagues only in German. If you’re not in Germany, you might set this goal: I will speak to my language partner for 15 minutes without using English.

Your longer-term goal will likely be to become fluent or at least semi-fluent in German. Wondering if this can happen in three months? It’s possible.

This tip might seem a bit obvious. But, it’s important to figure out what the basic words are in your context. Cat is a basic word. But if you’re learning German for work, you’re probably not going to be talking about cats that often.

Start with the verbs you use most often, like be, have, want and go. It’s also a great idea to learn the modal verbs like can, must and might. Look at word lists of the 500 most commonly used words in German and, if you’re learning business German, think about the words you use most often in your industry. Want to learn the numbers? Check out this blog post.

Step up your vocabulary learning by studying chunks of language instead of just single words. So when you learn the word train, Zug, learn how to say by train, mit dem Zug, so you can use the word in context.

Most of us don’t think of German as a fun language. But learning German for beginners can definitely be interesting if you make it so. Listen to German music or a podcast, or watch a great German TV show. If you’re into cooking, write your shopping list and cook a recipe in German. Whatever you’re into, try doing it in German. Even if you’re a beginner, learning German can be fun.

Think you’re wasting your time on YouTube? Think again, as long as you switch to watching in German. You’ll usually have subtitles available in English, so start with those and when you’re ready, graduate to just having subtitles in German. This is a good way to learn how words are spelt too.

And don’t forget TikTok – 15-second videos might be just the right length for someone who’s new to German. And, you can be sure you’ll know the latest German slang.

6. Get out of your comfort zone

Doing anything new can be scary for adults. We’re not used to doing things we’re not good at. But the best way to learn German fast is to do things that make you nervous. And for most people, this is speaking.

If you’re in Germany, it might be as simple as going to a cafe and ordering everything in German. So what if you end up with a small black coffee instead of a large latte? The first step isn’t about doing it right, it’s just about doing it.

If you’re not in Germany, you’ll have to try a little harder. Find a conversation partner to practice with – Tandem is great for this –or look for native speakers in your area. However you do it, speak, speak, speak.

If you’re looking to learn basic German fast and in a way that fits into your busy schedule, think about joining an online class. You’ll have a teacher to correct your mistakes and a curriculum to follow to make sure you’re making progress and staying on track. And, you can choose when and where to do your lessons, so no matter how busy you are, you can squeeze in a few hours of German every week.

This is also a safe space to practice your speaking because your teacher has a clause in their contract that says they’re not allowed to laugh at your mistakes. No, not really, but I promise they won’t anyway. Book a class with Lingoda to check if I’m telling the truth.

Learn German fast with our 7 tips

Are you ready to learn German now? Hopefully, you’ve seen that by learning chunks of vocabulary, integrating German into your everyday life and yes, speaking, even if it’s scary, you can go from zero to German hero fast. If you need a bit more inspiration, check out our post on the best way to learn German before you get started.

Laura is a freelance writer and was an ESL teacher for eight years. She was born in the UK and has lived in Australia and Poland, where she writes blogs for Lingoda about everything from grammar to dating English speakers. She’s definitely better at the first one. She loves travelling and that’s the other major topic that she writes on.

Laura likes pilates and cycling, but when she’s feeling lazy she can be found curled up watching Netflix. She’s currently learning Polish, and her battle with that mystifying language has given her huge empathy for anyone struggling to learn English. Find out more about her work in her portfolio.