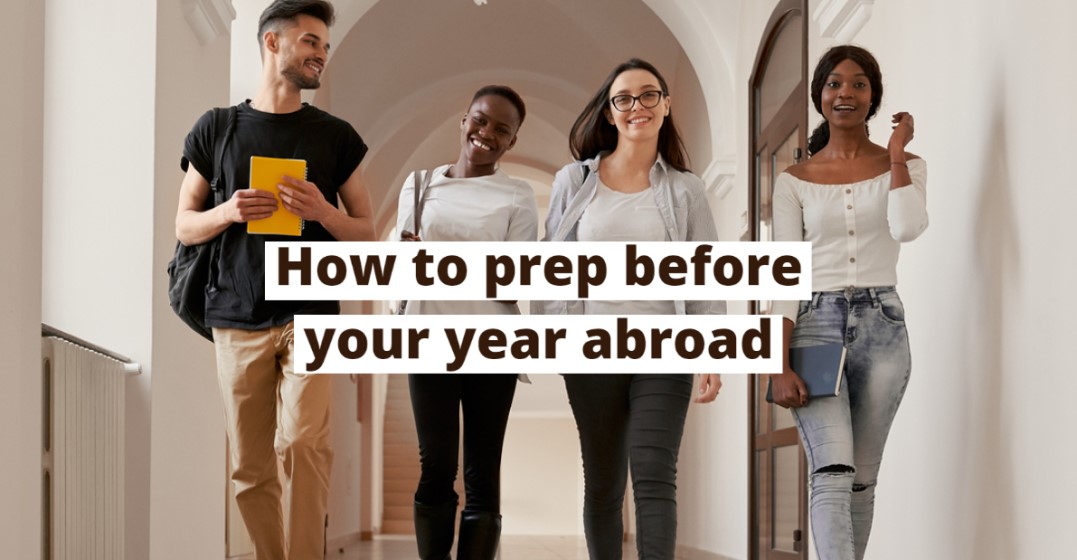 During her time in university, Adriana spent a portion of her senior year studying abroad in the little village of Zamora, Spain. She lived with a host family who spoke no English in order to get the full Spanish immersion experience. She talks us through what did and didn’t work for her during this time.

Although I took Spanish classes during high school and university, I was still a beginner before I went to Spain. I’m from America and most of my “Spanish” teachers spoke English in class the whole time. Epic fail.

That’s precisely why I decided to study abroad so I could truly learn Spanish. It was without a doubt one of the funnest things I’ve ever done, plus I learned Spanish insanely fast! So, here are my tips to help you prepare for your studying abroad and language learning experience.

My Tips for Learning a Language before Studying Abroad

Hopefully your school or university does a much better job of going over the basics than mine did. When I arrived in Spain, I could barely utter a word to my host family, of which there were four of them (dad, mum, and two sisters) who were quickly speaking Spanish and were super excited to see me. Although it was wonderful to meet them, I felt embarrassed of how completely under prepared I was to even have a simple conversation.

This is why I recommend making sure you have all the basics under your belt before you go. Learn greetings first and foremost, but also simple language skills like how to order food, how to ask where the bathroom is, and how to ask for directions. It will not only make your experience way less embarrassing, but will also help you learn the language faster, because you’ve already got the simple things down. I’d recommend supplementing your studies with additional resources so you get the full picture.

If possible, you should find a tandem partner both at home and wherever you live abroad. During my study abroad programme, we were assigned tandem partners that we had to meet at least once a week during our time in Spain. It was one of the most helpful things that improved my Spanish language skills, because my tandem partner also wanted to improve her English and could speak some as well.

This lack of English often made it difficult for me to communicate with my host family, because I couldn’t get a quick translation. Sometimes it took me 30 minutes of searching on Google to find the right word, because Google Translate spat out some weird result that confused everyone. Thank goodness they were so patient with me! Nevertheless, learning Spanish was easier with my tandem partner, because she could help me translate some things from English, which I then applied to my conversations with my host family. I definitely wish I’d also had a tandem partner back home so I could’ve been even better prepared in Spain!

Communicate with your host family before you arrive

During our application process for the study abroad programme, we could write letters to our host family so we could get to know each other a bit beforehand. I also ended up texting my host mum quite often before I went to Spain, which helped me feel a lot more comfortable with speaking Spanish with her when I arrived. This improved my confidence, which in turn helped me to learn faster.

Overall, confidence is key. The majority of Spanish people are simply happy that you’re even trying to learn the language and no one ever judged me for making mistakes. The less you’re worried about mistakes, the more you speak, and the more you speak, the faster you’ll learn. So, if your study abroad programme involves a stay with a host family, try to get to know them before you arrive so you feel more at ease learning the new language with them.

Most languages have differences between formal and informal, like how German has a difference between “du” and “Sie” and when you might use them. Spanish has the same concept with “tu” and “usted”. In Spanish it’s important to note when the formal is used so you don’t cause offense. Unlike German that uses “Sie” to differentiate from a person who you don’t know well and offer respect, formal in Spanish has more to do with hierarchy and age. For example, if you’re ordering bread at a bakery you’d likely use “tu” (even when you don’t know the person), but if you’re talking to a doctor you’d use “usted” (due to the high-level position). Spanish is a relatively informal culture so the majority of the time you’ll use “tu”.

Learn how the language is spoken in daily life

Many of us who learn a language in school or university end up with more of the formal version of the language in order to understand the proper grammar. While grammar is important to know, you also don’t want to sound so formal and proper that native speakers find you difficult to understand. For example, in Spanish most of the time they don’t use the pronoun before the verb, like we do in English. For example, “you are nice” would be something like “Eres bueno” where they’ve dropped the pronoun “tu” here. You’ll also want to take note of things like slang, idioms, and the language and vocabulary differences among different Spanish speaking countries. When you combine this, you’ll sound like a native in no time!

For any study abroad that involves learning a new language, there will be some difficulties along the way. You will make mistakes, feel embarrassed, and lose track of the right word. But this is absolutely normal! Before you even arrive in the new country, it’s important to have this mindset to not put yourself down for mistakes. Be eager to learn and others will also be patient with you. Laugh at your mistakes instead of feeling bad about them. When you make the process fun, learning the language becomes so much easier!

If you’d like to prep for your gap year, visit the Lingoda website and you can choose to learn English, German, Spanish or French! Sign up for your free 7-day trial today.