How to handle the language barrier in Germany 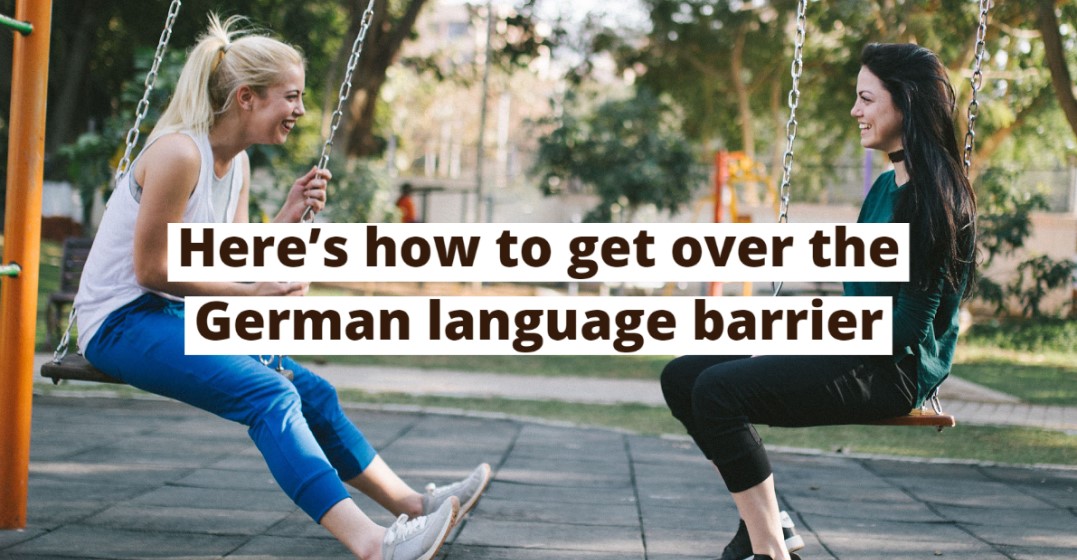 Language barriers are something that we often struggle with when living in a new country and trying to learn the language. As an expat that moved to Germany, the German language barrier posed a unique challenge that tested me. Nonetheless, the more I practiced the language, the less scary the language barrier became, including my general confidence. I have compiled the following tips in the hope that I can make your language barrier struggles feel a bit easier.

Tips for Surviving the Language Barrier in Germany

Of course it makes sense that if you’re struggling with a language barrier, then it helps to learn the language. But what I would add here is that it’s important to learn the language properly, meaning the correct grammar, particular local vocabulary, and pronunciation. These are aspects that are much better learned with a language school than with something like an app, because most apps are more like dictionaries, don’t go over grammar, and don’t have teacher that can answer your questions.

Furthermore, language classes are really fun. I can personally say that as an introvert, the thought of group classes in the beginning was really scary. But I soon realised that this “common struggle” that everyone feels when learning together brought us much closer and seriously became one of the most enjoyable points in my life. Knowing that I wasn’t alone in the struggle to learn German made me more confident to speak it outside of class.

While language schools do an excellent job of teaching grammar, it’s also important to practice how to speak in daily life, especially idioms and slang. Here I found that a tandem partner helped a lot. The way a tandem partner works is that they want to learn your native language and you want to learn theirs. You meet at least once a week for 60 minutes and spend 30 minutes speaking in each language (or however you both decide).

This massively improved my German speaking skills, because I really had to focus and speak in longer phrases. My tandem partner also didn’t use the same crisp language like the teachers in language school. I also told her to not to slow down for me, so I could really push myself. With a tandem partner, I got to know local vocabulary really well, which boosted my confidence a lot for when I needed to speak German with strangers during daily life. Plus, it also helped me to feel more at home in Germany, because I began to learn the way of local life.

A language barrier is most often felt with people we don’t know and when you’re still new to learning the language, that barrier feels especially tough. As a traveller who’s spent a lot of time with others who don’t share a common language, I can absolutely confirm that hand gestures go a long way. When speaking German, I often use hand gestures to help clarify what I’m saying. For example, when I’m ordering food at a bakery or restaurant, I point to what I’d like to order in addition to speaking.

This even works for complex topics like meetings at the foreigner’s office. When referring to a specific section on a document, I point to that section to support what I’m saying in case it’s unclear. Even though hand gestures are often our direct human response when we don’t understand something in the beginning, remember that they are still extremely useful even for complex topics.

This one I struggled with when I first moved to Germany, because I was afraid of offending people when I didn’t understand them. But it’s better to ask to repeat something or speak more slowly, instead of continuing with a conversation that you completely don’t understand. Here also politeness goes a long way. If you ask in a respectful way, then the majority of Germans are understanding.

5. Be patient with yourself

No one speaks German perfectly, not even native German speakers! Thank goodness all my language school teachers stressed this point, because it immensely helped my mindset. We all make mistakes when learning a language, and German is no exception. It’s a part of the process and you can’t let it get you down. Be patient with yourself when you make mistakes and try not to take it personally when others correct you. The more you practice and put yourself out there, the less the language barrier will feel so daunting.

When you’re first learning German (especially if you’re also new to living in Germany), there are cultural aspects that can feel like language barriers. For example, Germans are known for being quite direct, which as an American took some getting used to, because we are a super indirect culture. As a result, when I speak German I am much more direct than when I speak English (even when I’m speaking English in Germany). This manner of speaking definitely rubs off on you, because you learn these structures when listening to other native speakers.

Furthermore, Germans also have a formal word for “you” that we don’t have in English known as “Sie”. You use the “Sie” form instead of “du” (like the English “you”) when you don’t know someone or need to refer to someone formally. They take the “Sie” form very seriously in Germany, so it’s better to refer to someone with “Sie” until they tell you it’s ok to use “du”. Again, the more you practice, the better you’ll recognise the situational differences. It should always be your goal to speak in the same manner as the general culture, because that will in effect lessen language barriers.

Get confident in German before visiting the country! Head over to the Lingoda website and sign up for your free 7-day trial with our native speaking teachers today!