How to Express Scepticism in English 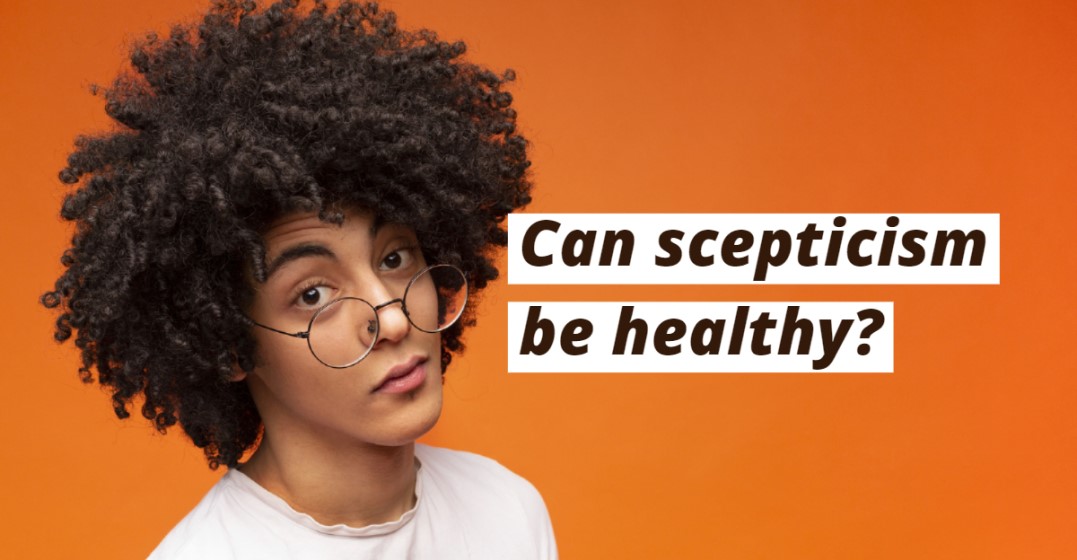 Can scepticism be healthy?

Do you love digging a little deeper to find out the truth?

Psychologists are firm believers that we should employ a healthy dose of scepticism in our daily lives.

Healthy scepticism is about questioning, and making sure that what you are being told is true. Human beings place a large amount of trust in politicians, large companies, and other authority figures such as teachers(!), and we often don’t question what they tell us.

Read on for some phrases to use to express healthy scepticism in English. You can try what you learn on your teacher during your next lesson with Lingoda!

Scepticism is an abstract noun. That means that it is an idea or a feeling, like love and hate. We can use it in a sentence like this: ‘There is a lot of scepticism surrounding fortune telling.’

The adjective form is sceptical. Look at this example: ‘I’m always sceptical when someone tells me they can predict my future.’

A person who is sceptical is a sceptic.

Excited Believer: “Come on, let’s have our palms read!”

Sceptic: “No way, that’s all rubbish.”

Excited Believer: “Don’t be such a sceptic!”

Sceptical phrases to use

Look at these example situations and the phrases to express scepticism in italics.

1.When I was younger, I always wanted to buy something from airport gift shops. Hang the cost, and the fact that I’d immediately lose whatever I bought down the side of the plane seat. My dad always tried to dissuade me with some little white lies.

Dad: All the shops are closed today.

Me: ‘How is that possible?’

Me: ‘No way! You said that last time we were in Paris.’

2. The police pull over a car which is driving at 15mph and swerving from one lane to another. A man steps out of his car, swaying. The smell of a brewery rises off him.

Police officer: ‘I find that difficult to believe.’ 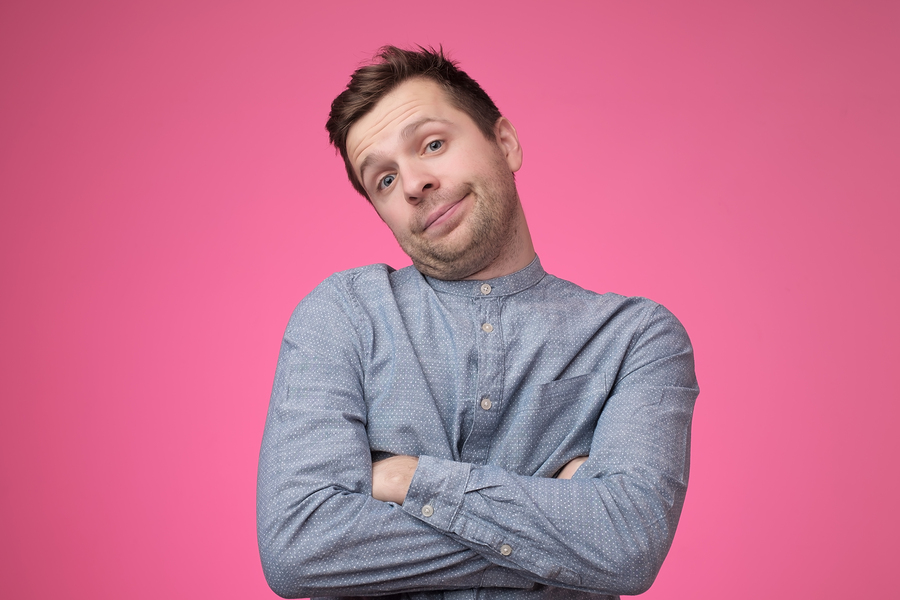 3. Let’s head over to an Australian animal now:

Gullible traveller: ‘I heard the most dangerous animal in Australia is the drop bear.’

Sceptical traveller: ‘Who told you that?’

Gullible traveller: ‘I read it somewhere on the internet.’

Sceptical traveller: ‘I’m not sure about that.’

(FYI: Drop bears do not exist. And to our mates Down Under, you really don’t need to invent any more dangerous animals.)

4. In the past, lots of people believed that the full moon affects human behaviour. In fact, some people still believe it now, though it’s been disproved by many studies.

Grandma: ‘Tomorrow’s a full moon. You know people go a bit loopy on those days.’

Granddaughter: ‘Where did you hear that?’

Grandma: ‘Edna next door told me. She said her neighbour gets fully undressed and howls like a wolf during a full moon.’

Granddaughter: ‘That cant be true!’

5. And moving to the final theory that we should certainly be sceptical of. Despite a great deal of evidence to the contrary, a number of people still believe that the earth is flat.

Flat earther: ‘The earth is flat, you know?’

Sceptic: ‘Are you sure about that?’

Flat earther: ‘Absolutely. And, there are vast continents hidden behind Antarctica where everyone is rich.’

Sceptic: ‘That seems extremely unlikely to me.’

As you read, healthy, polite scepticism is often about asking questions. In order to go deeper and ask specific questions, you should think critically about the information in front of you.

For example, if an advert for a painkiller tells you that “nothing works faster”, you should think about the meaning behind it. What the phrase doesn’t tell you is if something works more slowly. So you can think about questions you could ask the company. ‘Does anything work more slowly?’; ‘Can you show me the figures for that?’. Spoiler alert: generic painkillers work just as quickly!

People who have nothing to hide should respond well to scepticism. It’s the people who are aggressive or insulting in the face of scepticism that we should be suspicious of. So answer questions politely, and persuade the sceptic with facts and reason.

What you should say: ‘That’s a valid question.’

What you shouldn’t say: ‘Of course I’m sure, you idiot!’

There you have it.

I’ve told you everything you will ever need to know about being sceptical. (Are you sure about that?!) And, if you fail to remember anything you’ve just read, a creased brow and a crinkled nose will express all the scepticism you need.

Are you ready to put your sceptic skills to the test? Join a Lingoda class today and learn online with our qualified, native speaking teachers.