How to Criticise Like the French
by Cassie Wright
July 16, 2019 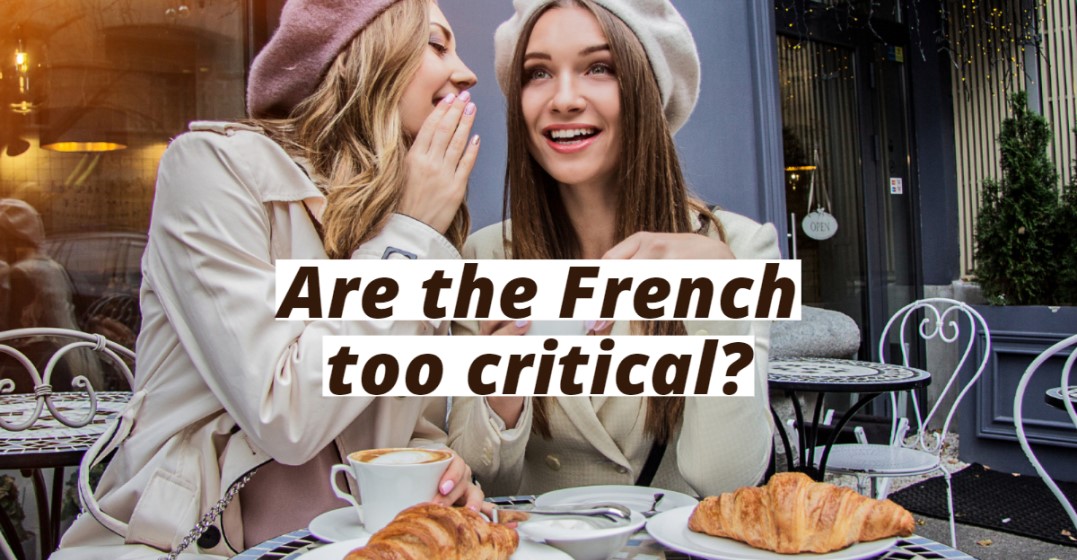 Is learning to accept criticism important?

No one really likes criticism (though some people certainly love to offer it). Still, it can be a necessary part of communication, especially in professional or business relationships.

Which means it’s even more valuable to learn how to offer constructive criticism, and take it well, in any language.

Are the French too critical?

It’s often said that the French are rude and arrogant. However, one reason people are more likely to say this is because the French tend to be more direct when offering criticism. They’re generally not afraid to share their opinions.

As a French learner, if your goal is to speak fluently, with friends or colleagues, offering and taking criticism well is a great skill to practice.

How to offer criticism

The first thing to remember when you offer criticism, faire une critique, is that kindness still matters. Your intention in criticising someone shouldn’t be to hurt them or put them down. Instead, your goal should be to offer constructive criticism, critique constructive, to help someone improve.

Not sure where to start? Here are a few tips:

If someone wants a bit of objective advice from you, they might ask for “des critiques objectives.” Instead of making unclear and indirect suggestions to avoid offending someone, offer up specific, actionable advice.

For instance, instead of simply saying, “Je n’aime pas les photos,” be clear about what could be improved. Try using “Je pense que” to elaborate.

If you’re worried you might come across as harsh, start off by stating that you’re only offering an opinion with a phrase like “à mon avis”.

You might also choose to pair criticism with a compliment. Point out something that you like and follow up with a piece of specific criticism. You can easily use the construction “J’aime…mais, je crois que…” to do this.

What about dealing with criticism?

When it comes to receiving criticism, recevoir une critique, you can’t control the way someone else delivers that criticism. However, there are a couple important things to remember.

Constructive criticism probably isn’t meant to be rude or insulting.

Even if you find yourself on the receiving end of a direct critique, remember that the person offering you advice probably means well.

If it’s not constructive, it’s not worth your time.

Not everyone is nice and not everyone is good enough to provide you with helpful critiques. In this case, try not to take une critique destructive too seriously.

Have you ever met someone who criticises others too much (and has nothing helpful to offer)? In French, you might say this person “a la critique facile.” This expression is used to describe someone who frequently offers small criticisms that aren’t helpful or important.

When it comes to both criticism and speaking French, remember that you can become more confident with practice. Mistakes and misunderstandings can happen even when two people have the same native language.

If you’d like to start putting your new found French skills into practise, head over to our website and sign up for your French week trial.