How to Be Fluent in French in 3 Months 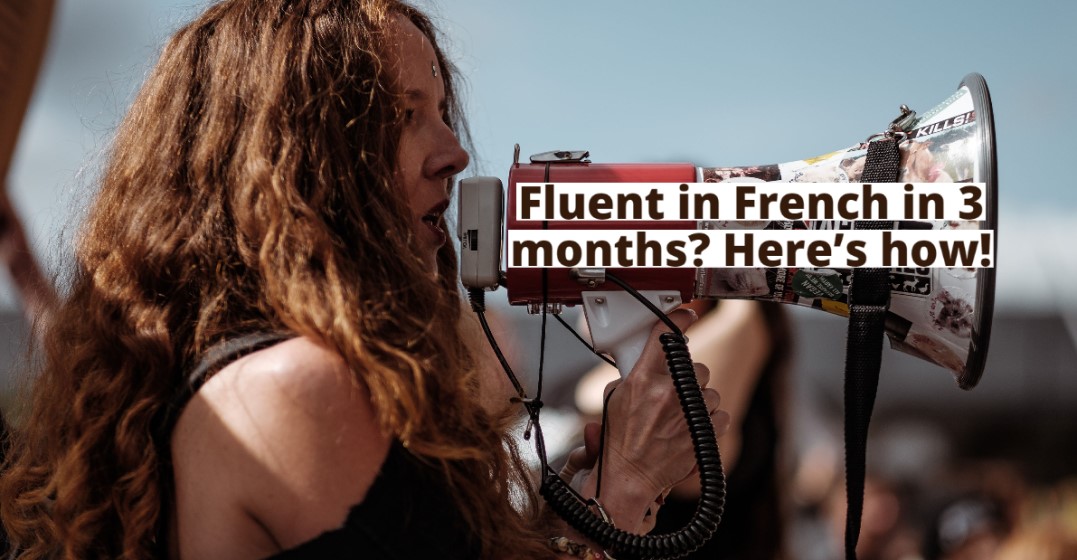 Is it really possible? It sounds like wishful thinking, especially if you consider all the traditional learning methods you might have used during your school days. To be honest, 4 years of conjugating verbs and taking tests didn’t make me any better at speaking French in the real world. So, how could 3 months be any better?

How can you learn French in 3 months?

The real secret behind learning a language in such a short amount of time is actually realising that you can’t learn everything. However, with a bit of motivation and a method that works for you, you can certainly reach a level of fluency that meets your goals.

Before you dive head first into your French learning routine, you might want to come up with a solid plan. In other words, what’s your reason for learning French and how can you make it a reality?

For example, if you just want to be able to talk to native speakers, one of your goals might be to hold a 30-minute conversation in French. Think about the steps you’d need to take to reach that goal, such as learning to introduce yourself up through learning to talk about your favourite topics or current events.

Start with the most common words

Have you ever started learning a language and found yourself memorising a bunch of useless vocabulary? Not only does it get boring trying to remember the French word for Brussel sprouts for the 5th time, but it’s even more useless if you don’t like them.

Instead, it’s best to start learning the most commonly used French verbs, such as:

Don’t feel limited to vocabulary lists you might find in a textbook. In addition to basic words and phrases, focus on words you want to use in conversation based on the things you find interesting.

If you want to become conversational in French in 3 months, you won’t get very far if you don’t try speaking.

It’s scary at first and you will make mistakes (who doesn’t?) but the only way to improve your pronunciation is by actually speaking French. If you’re still anxious or worried that you don’t know enough to hold even a simple conversation, start by simply talking to yourself. You can record a video or just try to say what you’re doing out loud (in French, of course!).

Getting into the habit of practising regularly will also help you progress faster. That’s where both the Lingoda Language Sprint and the Lingoda Marathon Challenge can help you stay on track and reward you for taking part in regular online language lessons.

Learning in an immersive French environment is a great way to get constant exposure to the language. Even if you don’t have the means to spend a few months abroad in a French-speaking country, there are ways to bring the French language to you.

A few great ways to surround yourself with French include:

If you want to put this theory into practise, visit the Lingoda website and sign up for your free 7-day trial with our native French speaking teachers today!