How Many People Speak German?
by Jakob Straub
March 11, 2020 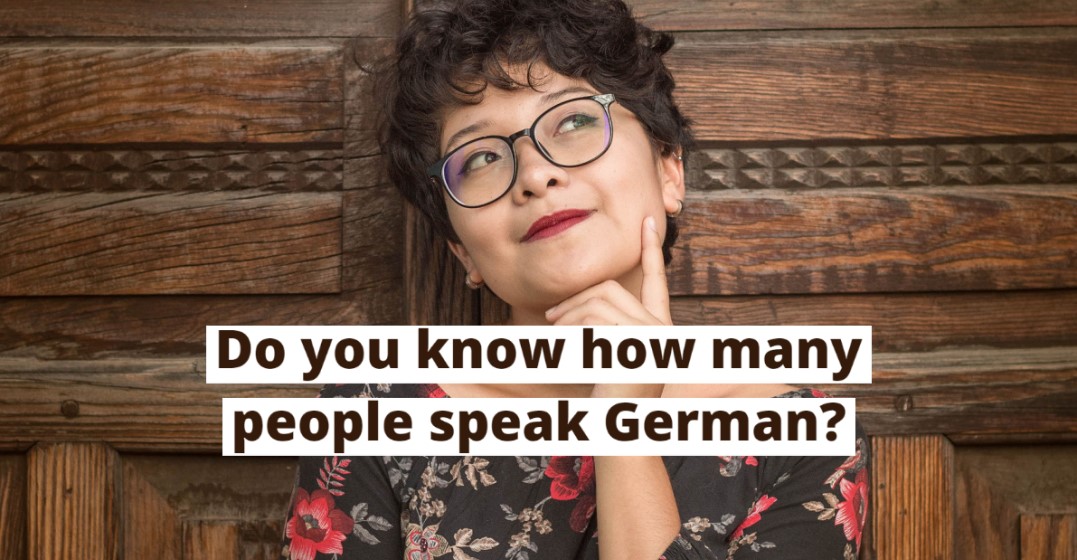 In the European Union, German is the mother tongue most widely spoken. It’s an official language in six countries. Around 100 million people around the globe speak German as their native language, ranking it number 10 in terms of the number of native speakers. However, among language learners worldwide, German is the fourth most popular language, after English, French and Chinese. In many countries, learners deem German a more important foreign language than Spanish. So let’s break down the numbers further: how many people speak German, and where in the world do people speak German?

German by numbers: how many German speakers are there in the world?

Studies of the distribution and reach of the German language and its speakers show there are more or less 100 million native speakers of German in the world, that is people whose mother tongue is German. An additional 25-30 million speak German as a second language, and around 100 million speak it as a foreign language. This brings the total number of German speakers in the world to approximately 230 million.

Research results vary because of differing definitions of language skills: when does a person cease to be a language learner and become a speaker? In addition, there are disputes if certain varieties of German such as Low German are separate languages or mere dialects.

Where do people speak German?

German is spoken in Germany, of course, but there are an additional five countries with German as an official language:

Germany itself has around 81 million speakers. Regardless of the language’s status as an official status or not, there are many more German speakers around the world outside the German-speaking in Europe called “Deutscher Sprachraum. There are 7.5 million people in 42 countries and on all six inhabited continents who belong to a German-speaking minority.

The following countries acknowledge some form of legal status for the German language or one of its dialects:

Sizable populations of German speakers also include the countries Argentina, Australia, Canada, Costa Rica, Paraguay, and the United States-with no recognition of any legal status for the language.

German is also one of the official languages of several international institutions, including the European Union, the Organization for Security and Cooperation in Europe (OSCE), the European Space Agency (ESA), The European Patent Organisation (EPO), the International Football Association FIFA, and Reporters Without Borders.

Where in the world do people learn German?

According to German linguist and language expert Ulrich Ammon, there are nearly 290 million people around the globe who have learned German at some point in their lives. This does not take into account language levels. The amount of L2 speakers is estimated at more than 15 million.

At the moment, more than 16 million people around the world are currently learning German as a foreign language. Of these, roughly 90 percent are school students and 10 percent are adults. 159 Goethe Institutes in 98 countries offer classes and courses in German. The Partners for the Future (PASCH) global network of schools has 2,000 schools with opportunities to learn the language. A great number of German language learners use online courses and materials to study.

You could start learning German today by visiting the Lingoda website and signing up for your free 7-day trial! All of our teachers are qualified and are native German speakers.