How I Learned Spanish with the Lingoda Language Sprint 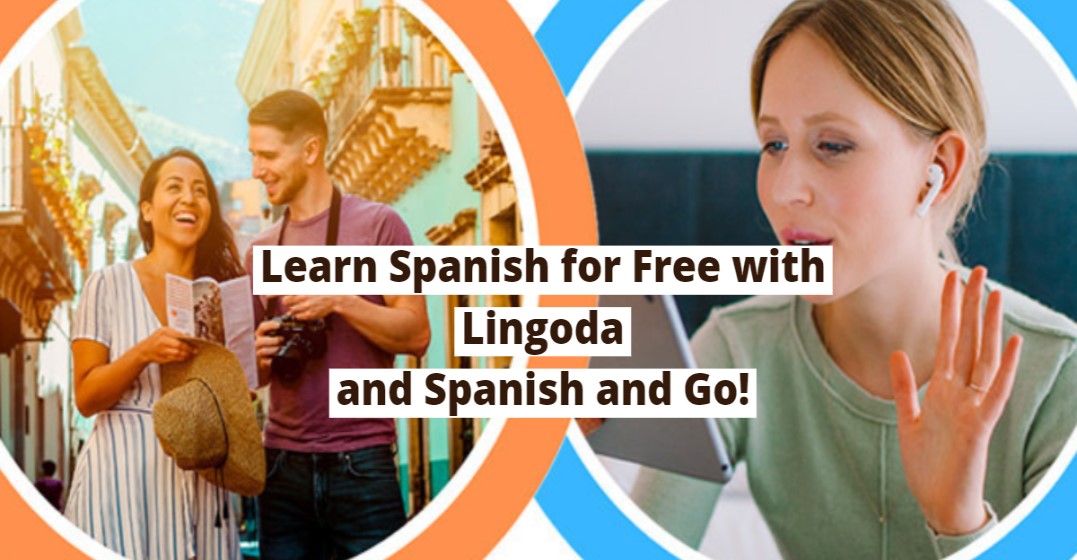 How I started learning Spanish

I started learning Spanish the same way most students do in the United States. It wasn’t a requirement, but it was common knowledge that colleges really wanted to see at least two years of language study on your high school transcript. But the way this idea was sold to students felt more like pressure to conform. As if they were saying “you better take a language class if you ever want to do anything significant with your life.” So conform I did. Spanish it was.

And like a good little student I took those recommended Spanish classes. After cramming vocabulary lists right before exams for a couple of years I felt like I could get about twenty seconds into your standard “¿Cómo estás?” small talk conversation. But I never felt like I had a true grasp of the language. And honestly, I never really cared much about learning Spanish. No one ever explained to me why I should other than that someday some big-wigs in a college admissions department somewhere would raise an eyebrow at my fantastically average high school transcript. “Three years of Spanish classes!” they would exclaim. “One more year than average… This kid is a real go-getter! Send him the admissions letter via Priority Mail right this minute!” My successful future was certainly secured </end sarcasm>.

But all joking aside, I didn’t care. I basically forgot all of the Spanish I learned like everyone else does in the US, and went off to a local college to study music. 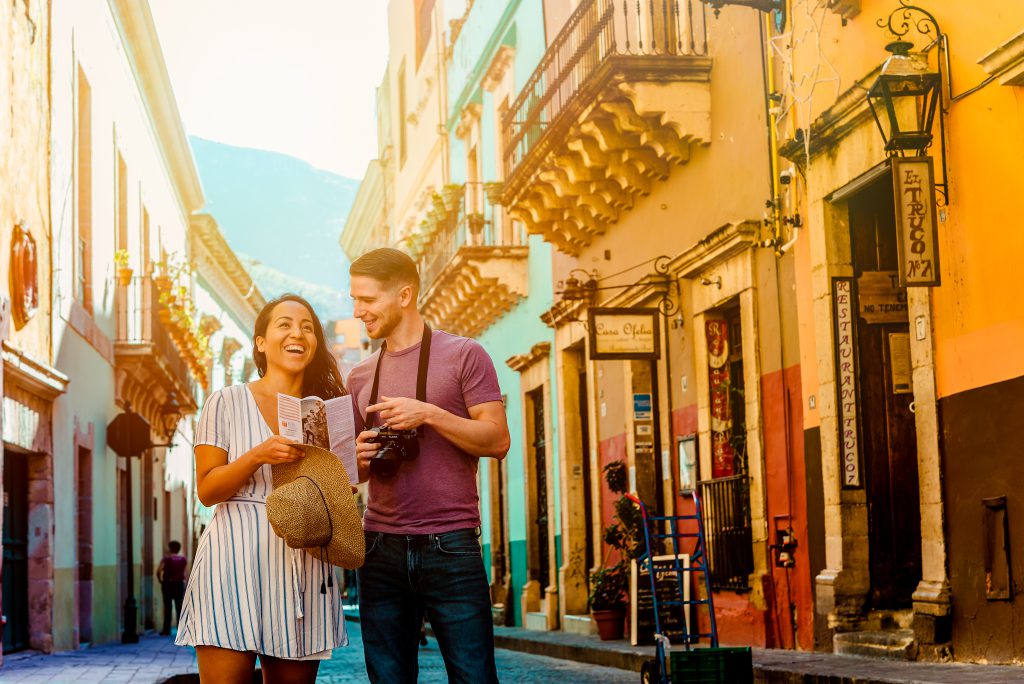 From music making to learning languages

Years passed before I ever thought about Spanish again. Other than the occasional fond memory of that awesome Spain trip I went on with the rest of my Spanish class before graduating, I don’t think I spoke a word of Spanish again.

But that began to change. In my early twenties, I owned a successful recording studio business and had a burning desire to travel. Business was great (I even recorded Yung Gravy’s first hit ), but rooms full of equipment tied me down to my hometown of Rochester, Minnesota. I started thinking, “how could I get out and explore the world? What’s the one thing I could do that would open the most doors for me for a life of travel?”

After a lot of thinking, the answer came to me: Learn Spanish. If I could just learn Spanish I could record people around the world! After all, Spanish is spoken in over twenty different countries, so I’d have a lot of options.

So, I started learning again. I picked up Margarita Madrigal’s Magic Key to Spanish and followed a friend’s recommendation to check out a language learning website. Within six months, I had finished the book and met a nice girl from Mexico on the language platform. May was a teacher and trying to improve her language skills in English too, so it worked out great! Things were really moving along fast in my language journey. In fact, May even invited me to visit her in Mexico over Spring break. 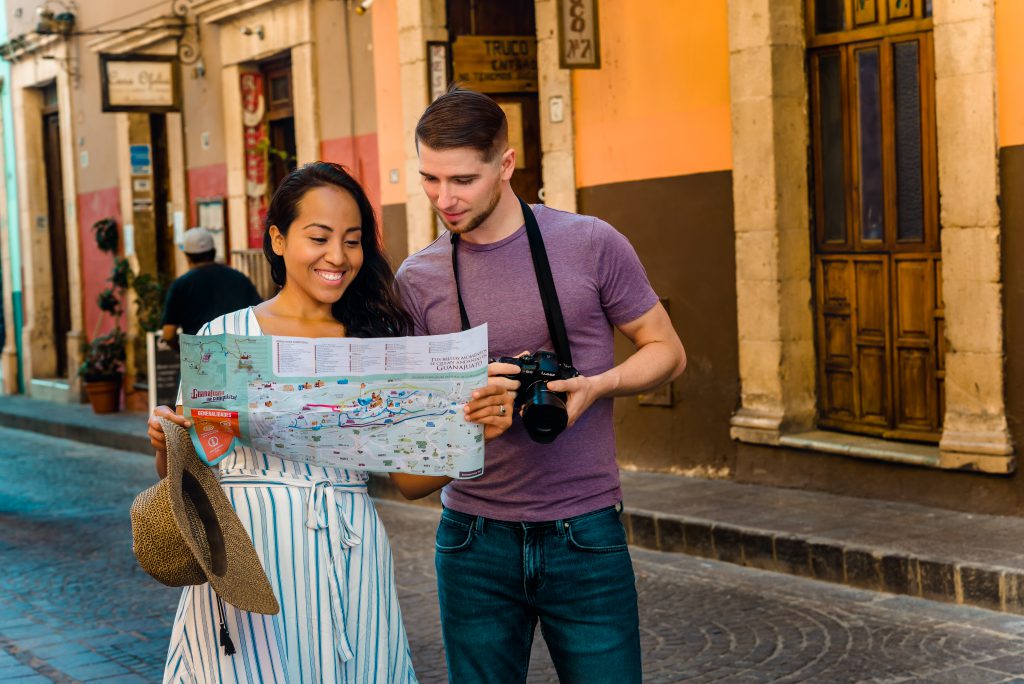 Meeting May and Mexico

These were the days before it wasn’t so common to meetup with people you met online. My family was scared. The common perception where I’m from is that Mexico is incredibly dangerous. But what kind of adventure is perfectly safe anyways? I’m going to Mexico!

I flew into Guadalajara to meet May in person for the first time. She was even more wonderful than she was online. Previously, we were only friends on the internet helping each other learn, but in person things were heating up fast. And before I knew it, I was dating my teacher.

Mexico was amazing. I felt like a child all over again. I was like a sponge there absorbing everything I could. The language, culture, and of course, the tacos. A lot of the time I didn’t know what was going on. Conversations took off like a speeding bullet. Misunderstanding was rampant. I was gaining weight from all the tacos. But it was also the best experience ever.

I wrote down every new word or phrase that I was unfamiliar with in my notes app and reviewed it every night before going to bed. I invested in an offline dictionary app because getting a data plan out of the country was still virtually impossible back then. I had everything I needed to devour the Spanish language and try my best to spit it back out like the locals around me.*

*Okay, so I was ambitious. The “spitting Spanish out like a native” part is still a work in process. 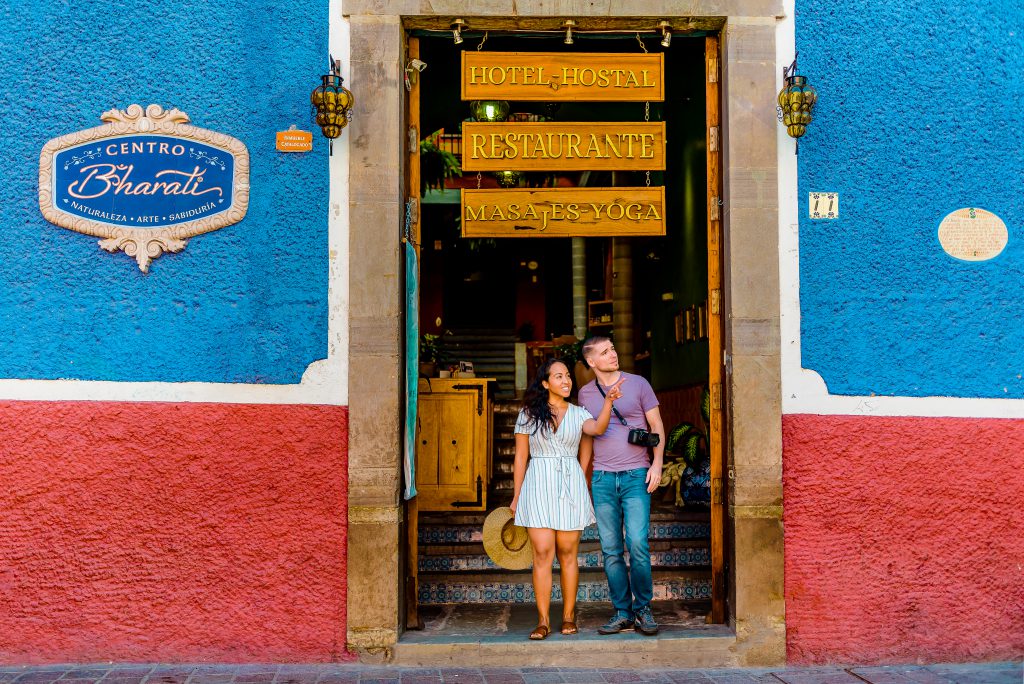 The start of Spanish and Go

Nearly a year went by after meeting May and I could get by in most situations using my Spanish just fine. Ordering food? Check. Small talk? Check. Asking for directions? Double-check. There’s no Spanish class in the world like getting lost on your own in Mexico. Yeah, that happened. Pro tip: ask the bus driver to let you know when it’s your stop.

And from there I just got better. I set the expectation for myself that I would not speak English in Mexico unless I was calling home. May and I were going strong and thought it’d be a great idea if we could travel full-time and teach Spanish to people who wanted to do what I did. So we started a project called Spanish and Go to help travellers connect to culture through the Spanish language. We wanted to show people that Mexico isn’t nearly as scary as the media makes it out to be. And not just Mexico – that the Spanish-speaking world isn’t something to be afraid of at all. That’s it’s rich in culture, traditions, food, and so much more. We wanted to help people connect and make new friends all over the world.

But first, we decided to get married. 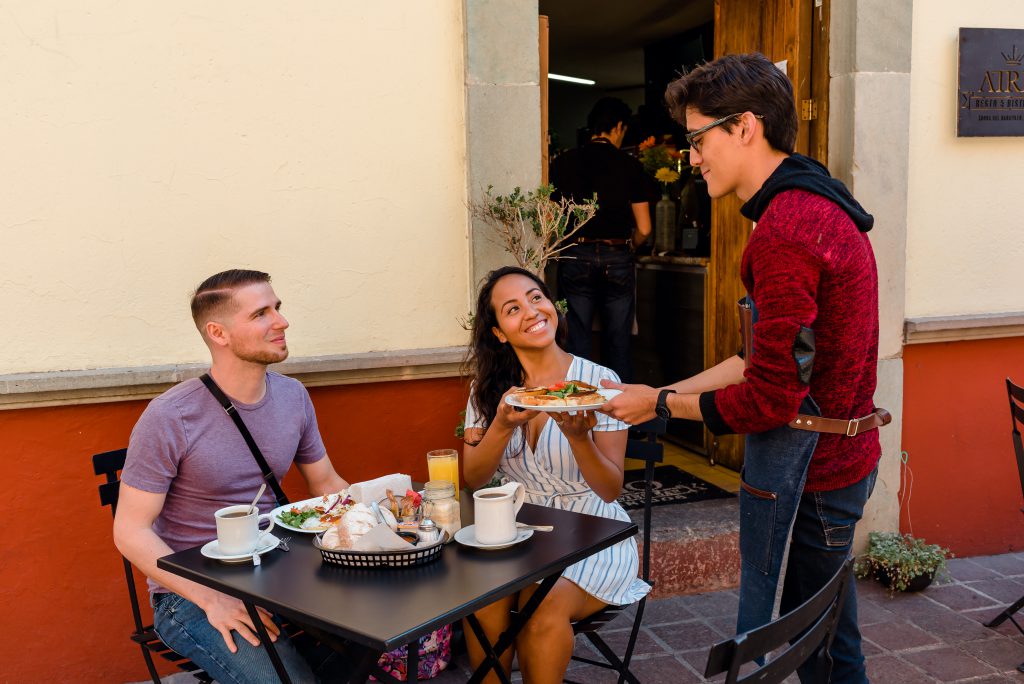 Immigration was a pain, but through it all, we worked toward our goals, saved up all the money we could, and built Spanish and Go. Our motto? Learn Spanish, travel the world. Today, we have a community of over 75,000 people who want to learn Spanish and travel with us on YouTube. With the goal to visit every Spanish-speaking country to show aspiring travellers the amazing places where learning Spanish can take them. We’ve also shown multiple groups of dedicated Spanish-learners around Mexico for our Spanish Immersion Retreat programme. We’ve got to work with awesome companies like Lingoda (#notsponsored to say that ) and I can finally say I’m fluent in Spanish.

It’s been quite a journey, but it’s the process that counts. As we say always say on our channel El camino es el destino – The journey is the destination. So I continue to practice Spanish to develop my skills and explore the world with May. I even took the full Lingoda Marathon earlier this year (2019) and received my level C1 CEFR certificate.

But there’s a reason I wanted to share this crazy story with you. It’s because you can do it too. Travel isn’t just about cool-looking, #instaworthy places. It’s about the connections you make along the way. And there’s no better way to really appreciate another country and its people than to learn their language. 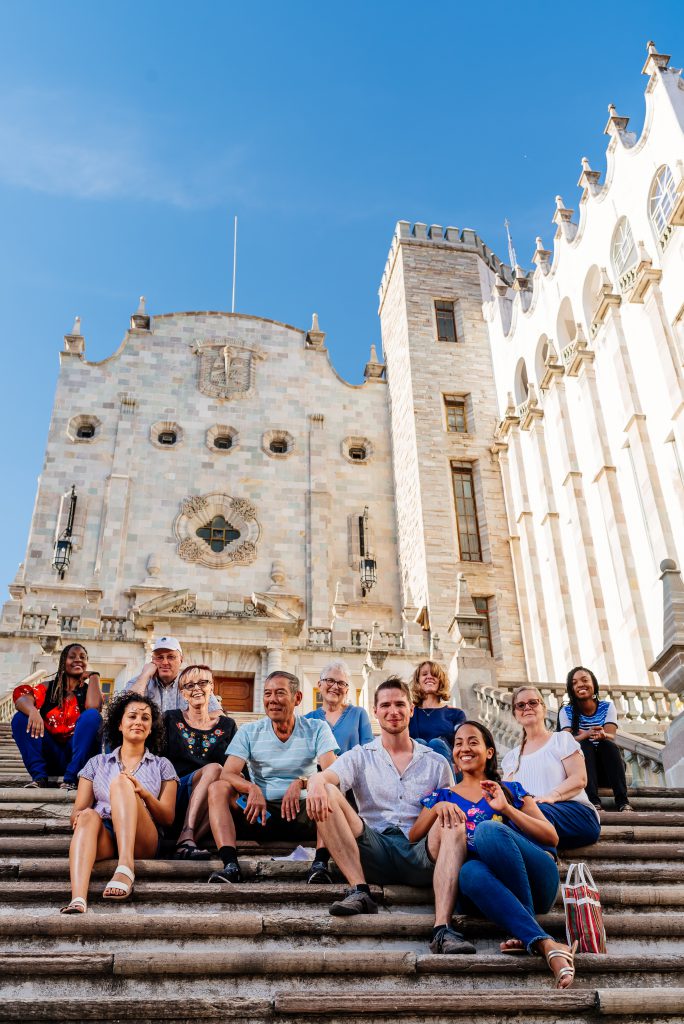 How to learn Spanish for free

So if you want to learn Spanish and travel, I invite you to check out our channel  and consider having your own Mexico experience with us on one of our Spanish Immersion Retreats. Because experiences and people are what learning a new language is all about. Not pleasing college admissions directors. Just remember that learning a language doesn’t happen overnight. It’s a process, and if you can enjoy the process it can take you to places you’ve only dreamed of.

And because we’re so passionate to share these experiences with others we’re excited to announce our latest partnership with Lingoda, the “Learn Spanish, Travel the World” Giveaway. Sign up to win a trip to Mexico for a Spanish Immersion Retreat with us and 90 one-hour Spanish lessons with Lingoda, a grand prize worth $4,000!

Along with the Lingoda team, we’ve picked the prizes because they’re simply the best way to learn Spanish, hands down. Nothing beats immersion and the focused attention of a Spanish teacher to ensure you’re achieving your language goals. Signup takes only thirty-seconds, and you can earn more entries by sharing the contest with your friends. Just click below to sign up now!

Buenas suerte – Good luck, and we hope to see you around! ¡Nos vemos pronto!