Around forty different kinds of taxes exist in Germany and the government is taxing things like cars, real estate, inheritance or beer. Yet when you’re working in Germany, the most important tax is the income tax, because it’ll determine how much of your income is actually yours. We’ll explain the German tax system in a nutshell, go over the country’s different tax classes and show you which tax class you are.

How the German tax system works

The German income tax is the country’s most important tax, because it directly affects you as a citizen, and it generates the most income for the state with a yearly revenue in the hundreds of billions.

The structure of the income tax rate is linear, progressive and proportional. What does that mean? A linear progressive taxation doesn’t have a consistent tax rate, but several rising ones. Germany’s initial tax rate is 14 percent, then the rate goes up to the top rate of 42 or even 45 percent. In terms of progression, the tax rate rises quickly, then levels off while still rising linearly.

After the top tax rate, proportional taxation kicks in and after a certain threshold somewhat beyond €250,000, you pay 45 percent for any additional money earned, meaning €0.45 for every euro beyond that threshold. This is also called a marginal tax rate.

Income tax is for everyone

Everyone earning money in Germany has to pay income tax, starting at a gross income of €9.168 a year. This is based on the principle of fairness and applies to everyone: employees, freelancers, citizens, foreign nationals and even pensioners.

If you are employed in Germany or are looking for work, you’ll often hear a salary being quoted as gross salary, meaning before taxes. Gross and net salary in German are “Bruttogehalt” and “Nettogehalt”. The reason for this is that your individual situation and tax class will determine just how much of your paycheck you’ll receive each month.

Your monthly pay slip or income statement already includes an income tax, which constitutes an advance payment on the income tax you’ll owe at the end of the year. Your specific circumstances, such as your marital status and other specifics, are taken into account to calculate this advance payment.

Your employer has to deduct the income tax and social security contributions from your gross salary. These will flow to the treasury automatically and you’ll receive your net salary. At the end of the year, you file your taxes and might be due a tax return in case you’ve overpaid. Chances for this are likely if there are things you can deduct from your taxes, such as expenses for travel or for caring for someone. In the worst case scenario, you’ll have to pay additional income taxes.

Among the expenses which may lower your tax burden are:

There are six tax classes or tax brackets in Germany. However, you don’t get to choose freely, it’s your circumstances which will largely determine your tax class and therefore how much income tax is taken out of your monthly pay.

Which tax class are you?

If you don’t know which tax class you’re in, you’ll most likely be in the first bracket. You’ll only be in tax class 2 if you have applied for it or have been placed in it the previous year. Tax class 4 is the standard for a married couple, while you also have to apply for a splitting between classes 3 and 5. Tax class 6 rarely applies.

How to pay your taxes in Germany

As an employee, you actually don’t have to file your income taxes, unless you’re in a split between brackets 3 and 5. You already paid your taxes in advance, remember? However, you might have overpaid and could be entitled to a refund, which makes filling out the tax declaration forms worth your while: statistically, nine out of ten German taxpayers receive a refund for an average sum of around €900.

German income tax declarations are due by the end of May of the following year. You can get the forms from your local tax office or download them from their website. You can also declare your taxes online at www.elster.de. This offers the advantage that your employer and your insurance pass on data electronically to the tax office, so some parts of the form will already be pre-filled. The Elster website also offers a help section and FAQ pages to assist you in filling out the forms and sending them electronically.

If needed, you can get professional help from a “Steuerberater”, a tax consultant, to fill in your German income tax declaration. Freelancers and in some cases employees can also deduct the costs for this service in part from their taxes.

Did you ever wonder what all these individual items on your German payslip represent? Find out with our explanation of the German payslip!

Start learning German today, it’ll make those complicated tax forms a little easier to fill in! Claim your free 7-day trial with our qualified teachers and have access to thousands of learning materials! 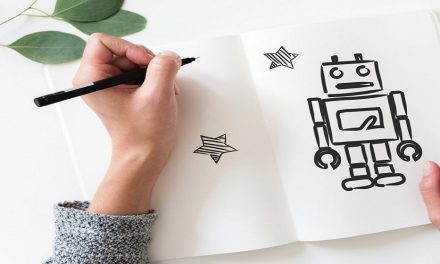 Learning a Language: Essential for Survival in an Age of Artificial Intelligence 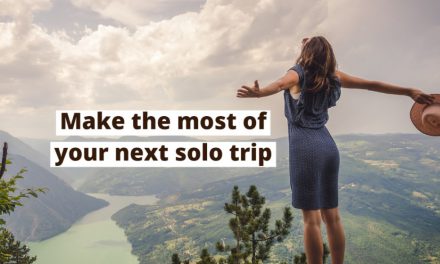 How to meet people while travelling (or living abroad)

6 emotions that differ between cultures