What is the galette des rois? 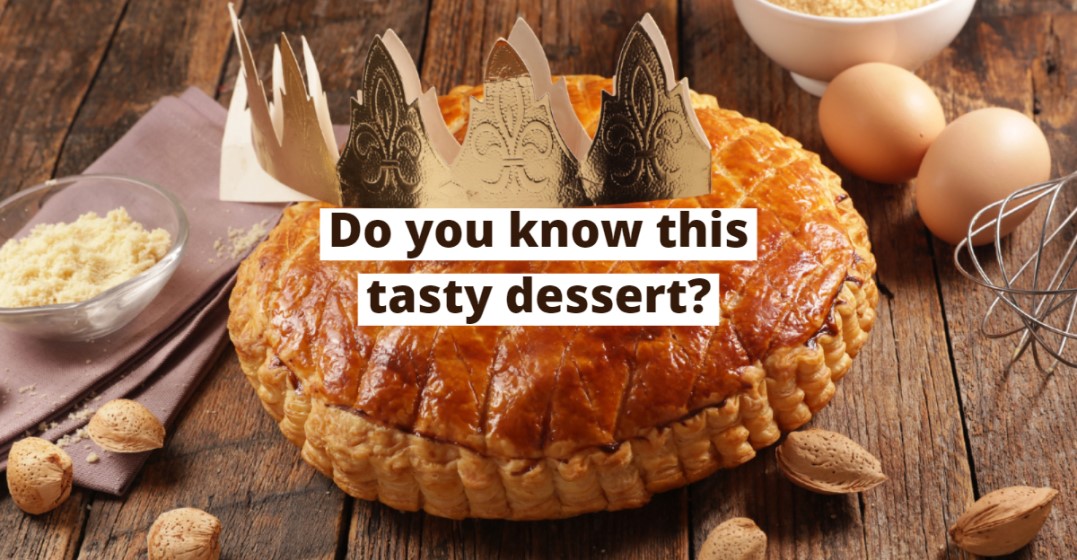 Still got the munchies? In France, it’s time for the galette des rois!

Christmas and New Year’s Eve are over, and you thought it was the right time to start your resolutions, beginning with a light diet… Well, not in France! January rhymes with the galette des rois!

A name not so revolutionary

What? The French still accept kings at their table? No, just the cake that bears their name. If you are in France at that time of year, you will see the frenzy that seizes all the French boulangeries (bakeries), patisseries (pastry shops) and supermarchés (supermarkets) that fill their shelves with these kings’ tarts of all sizes.

It is a puff pastry cake, filled with frangipane (cream made from sweet almonds, butter, eggs and sugar), in which une fève (a bean) is hidden, all accompanied by a king’s crown. For those who do not like almonds or are allergic, you will also find a brioche version of the galette des rois.

Today, we no longer hide une fève (a bean), put a porcelain figurine in it, aïe ! (“ouch”) so watch your teeth! Children love them and collect them. The figurines represent either religious characters (from la crèche), or any other theme such as Astérix & Obélix or characters from Disney…

The one who falls on la fève becomes king or queen for the day. A beautiful golden cardboard crown is placed on his/her head. 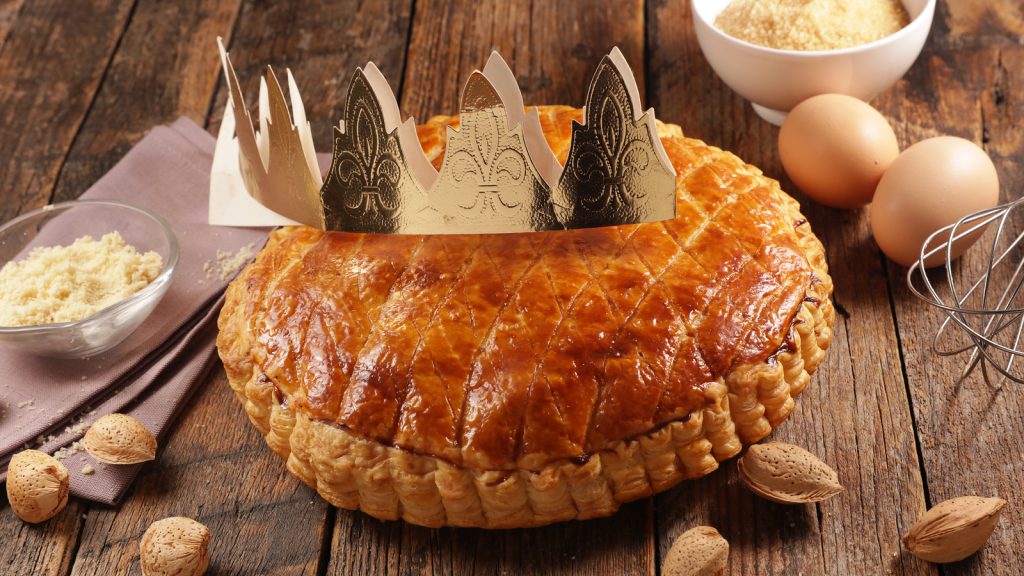 Origins and Traditions of the galette des rois

Since the 14th century, in France, the galette des rois has been eaten on the occasion of January 6th for the Epiphany. This Catholic celebration marks the arrival of the three Rois mages (Gaspard, Melchior and Balthazar) to Jesus. Except that today, it is rather an excuse, without religious background, to practice what the French love most: eating together!

In France, the galette des rois is sacred! At work, with friends or family, the French eat it, drink bubbles (sparkling wine, cider or champagne!) and accompany this moment with a tradition: tirer les rois (pulling kings).

To pull the kings, the youngest of the guests will have to slip under the table so that he/she doesn’t see what’s going on above. And a person at the table will do the service by asking the youngest one: À qui je donne cette part ? (to whom I give this slice?) and the young person will have to designate someone’s name. Thus, even if the people at the table see la fève, the innocent young person under the table does not see it, and will have designated the king or queen of the day without favoritism! 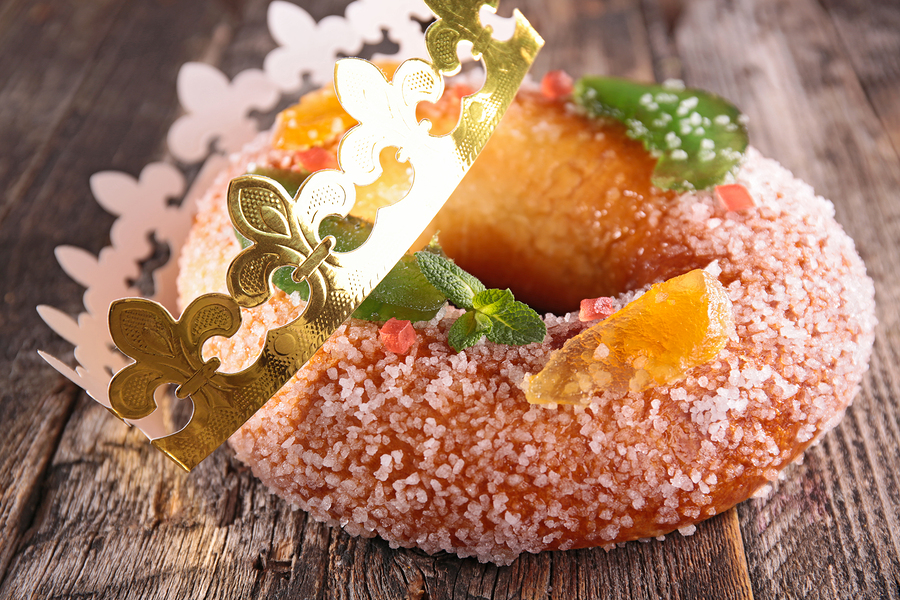 Twenty years ago, kings were only drawn on January 6th, but today, we eat cake almost continuously throughout the month of January. The bakers are smart and they have understood that the French, these former revolutionaries, all want to become the king or queen for a day. Moreover, the new tradition is that whoever falls on la fève pays for the next galette des rois… So it’s an endless celebration!

New recipes are also being developed, you can find chocolate, pear, caramelized apple cakes… With more or less conventional shapes!

Every year, during the traditional reception at the Élysée, a huge cake (1.20 m in diameter for 150 people) is prepared for the President of the French Republic. But the artisan baker-pastry cook in charge of baking it, is instructed not to place any fève in it because “one cannot designate a king within the presidency of the Republic”…

One more thing: make sure that this celebration, which has already become pagan, does not turn into an étouffe-chrétien (Christian choke). That’s what we call in French, a very heavy dish or cake, which weighs so much on the stomach that it risks suffocating any normally constituted person. So buy your cake preferably from a very good baker.

If you’d like to learn more about French culture and the language, visit the Lingoda website and sign up for your free 7 day trial with our native speaking teachers.