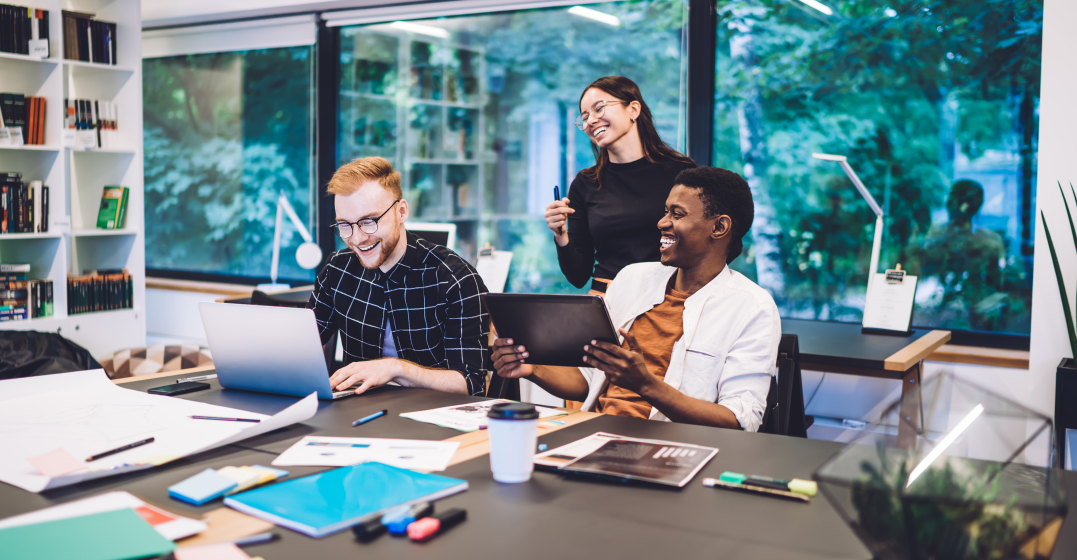 When you live in Germany, there are certain words and phrases that you hear over and over and over. Some are simple, some are confusing because it’s said so quickly and all in a rush. Erin, a Canadian expat in Germany, is back to go through the top 7 funny things she hears German people say all the time!

This is the first word I really noticed hearing all the time. And I mean all the time, everywhere. It felt like all the German conversations I was overhearing were 30% Genau by volume. This is because ‘Genau’, which means ‘exactly’, is one of those interjections people say while having a conversation to signal they are listening and engaged. The way in English we say things like ‘uh-huh’ and ‘yeah’ a million times without even noticing it. It’s also an easy word to pick out, so once you know it, it seems to crop up a lot.

This is more of a noise than an actual word. It signifies a few things: ‘what did you say?’, ‘I understood the words you said, but I don’t get it’, ‘I think I’m offended but I’m going to give you a chance to try again’, and more. It is similar to ‘excuse me?’ in English, and although it seems to match the English ‘huh?’, it’s nowhere near as rude. If you remember being told off for saying ‘huh?’ as an English-speaking child, it may be hard not to react negatively to the German ‘Hä?’ but I promise it’s not really the same thing!

You’ve survived packing your groceries at super speed, and the cashier tosses you a casual ‘Schönen Tag noch’ as you leave. The ‘Schönen Tag’ is understandable enough, but what is that last ‘noch’ doing in there? This is another one of those full phrases that only make sense as a unit. It translates to ‘Have a nice day!’, but the noch also signifies ‘have a nice day from this point on’ so it’s a kind of sign post that this is the last interaction your cashier is expecting to have with you. I have an automatic ‘Ihnen auch!’ (‘you too!’) reply that comes out every time, which has no doubt come out at the wrong time, just like it has in English. If you’ve ever responded to someone wishing you to get well soon, to which you respond a nonsensical ‘you too!’, you know what I mean.

If you’ve walked past a playground in Germany, you have heard dozens and dozens of shouts of ‘Guck mal!’ ‘Mama Mama guck mal!’ and might have wondered what was going on. ‘Gucken’ is not a verb that comes up in German class, because it’s slang for ‘look’. Sometimes written as ‘kuck’, it’s very much a verbal word only, and not often do you see people writing it down. In moving to Germany with a 6-year-old, however, ‘guck mal!’ was one of the first phrases I learned as it translates literally to ‘watch this!’ or ‘look at me!’. You can imagine how many times you hear it as a parent on the playground. About every 15 seconds, if you’ve not had the pleasure of experiencing it first hand.

Our top tips on how to apply for university in Germany

If you’ve expressed a hope or wish to a German speaker, they have probably responded by showing you their fists with their thumbs tucked inside. This is the German version of crossing your fingers for luck, literally translated as ‘pressing thumbs’. There is no clear answer as to why Germans do this – some stories connect the thumb with good luck, and others call it a goblin so you’re holding that pesky imp away – but it’s always meant genuinely as a good wish for your success.

Until I was doing the research for this post, I was sure people in shops were saying ‘Das was?’ when they were asking if I wanted anything else. It turns out, it’s actually ‘Das war’s?’ and the ‘r’ gets a bit lost in this common phrase. Literally it means ‘that’s it?’, meaning would you like anything else or are we done here. If you said it like this in English, it would be quite abrupt and rude, but in German, this isn’t the case – it’s a straight-forward question everyone from the voice in the drive through to the posh cheesemonger counter person uses in regular transaction.

Here’s how to order food in German

When someone is telling you a long, involved story, and they’re just getting to the part where the box with the birthday cake slides sideways and fall off the seat in the U-Bahn, that’s when you say ‘Oh neeeee!’. For English speakers, you can pronounce the long-drawn out ‘neee’ sound like ‘neigh’, the sound a horse makes. Without the funny horse sound effects however, that will just get you weird looks. This is also an appropriate response when someone tells you they were ill, or had to cancel their holiday. ‘Neee’ is a colloquial version of ‘Nein’, and you will hear people use it all the time, with varying lengths of ‘eeee’ depending on how ‘no’ they are feeling about the given situation.

The great thing about taking Lingoda classes is you can ask your native speaking teacher about any of the things you hear in German when you’re out and about. You can’t do that with an app!