The Best French Expressions About Food 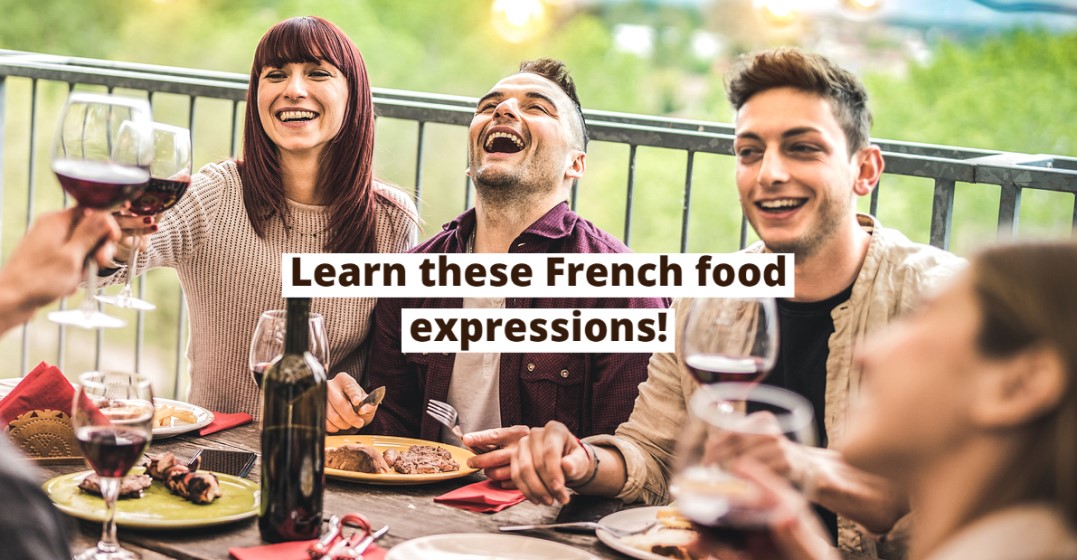 Do you have “une faim de loup”? Are you hungry « like a wolf »? This blog is for you! Here’s a selection of French expressions to whet your appetite.

Literally: To have the peach.

It also works with la banane / la frite / la patate (banana/fries/potato). These ingredients are full of energy, so the expression means you’re in shape. “Avoir la banane” also means you’re very smiling because the shape of the fruit refers to the smile on your face.

Literally: To fall into apples

No, it has nothing to do with cooking or harvesting apples. For some obscure reasons, this expression means “fainting”. You can say, « Je n’ai pas mangé ce matin, et je suis tombée dans les pommes. » =  “I didn’t eat this morning, and I fainted.”

Using the same fruit, the French can also say of a person that she is « haute comme trois pommes ». Literally “tall as three apples”, this is an exaggeration to refer to a fairly small person (often a child).

Literally: to take the melon

The melon will refer to a person’s head. Can you guess? The French use this expression to criticise a proud, overconfident person. The melon refers to the head of that person who may have swollen because of his pride. 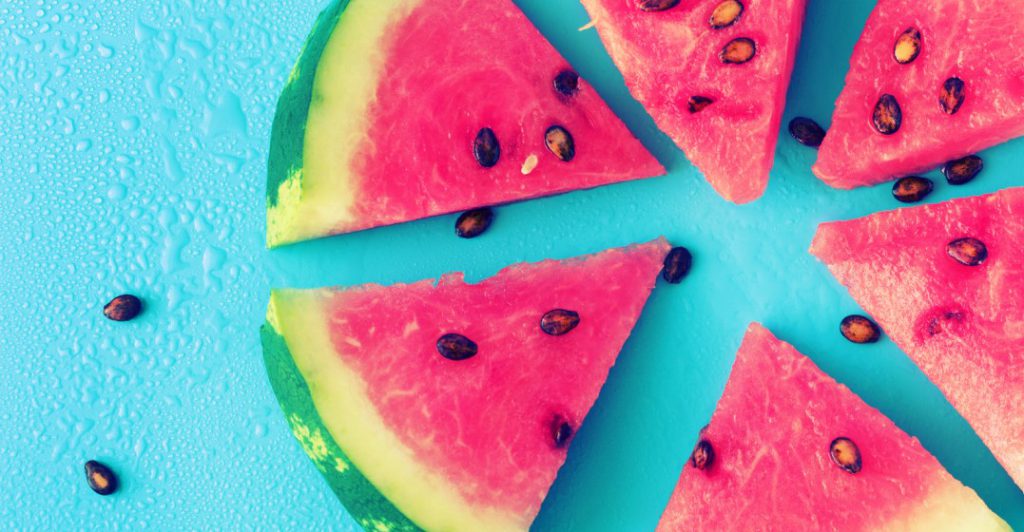 Literally: to take oneself the cabbage

Here’s another vegetable that represents the head of a person (like our famous singer Serge Gainsbourg, « l’homme à tête de chou »). But this time, the expression doesn’t refer to pride, but rather to a quarrel. If you “take the cabbage” with a friend, your family or your colleagues, it’s because you’ve had an argument with them. But don’t worry, “se prendre le chou” is just a passing fuss. Usually, with a good explanation, you can quickly make up for it.

With the same vegetable, you will be able to say almost the opposite. If you tell someone that “il est chou” (usually a baby), he’s cute!

Literally: The carrots are cooked = It’s the end of the beans

Here are two expressions with a very close meaning and yet composed of two different vegetables. If you hear one of the two expressions, it means it’s over! There’s nothing more to do, it’s too late, there’s no more hope. The expression « c’est la fin des haricots »  is even a step higher since it means that it is the end of the world (often used in an ironic or sarcastic way).

Like a leek planted in the ground without moving, “poireauter” means waiting a very long time. You can say: « j’avais rendez-vous à 10h mais j’ai poireauté jusqu’à 11h. » “I had an appointment at 10 am but I waited until 11 am. »

Have you seen a bad movie recently and you want to express yourself? Well, you can use this expression!

It’s nothing to do with Caesar. “Raconter des salades” means telling lies.

Literally: Spit in the soup

The soup used to be considered an essential food. So spitting in it meant refusing something that was perceived as beneficial. So the French often use this expression in a negative form: “je ne vais pas cracher dans la soupe” (I’m not going to spit in the soup).

French expressions with other ingredients

Literally: go cook yourself an egg.

That’s a nice colourful expression to tell someone to leave you alone, politely and without vulgarity.

Literally: I’m not in my plate.

It doesn’t mean that you’re too fat to fit on the plate, but that you’re not in your normal state, maybe a little depressed, sick or pensive.

Literally: to have an ass full of (or surrounded by) noddles

That’s my favourite expression because it’s completely crazy! Literally, I wonder how one could have created such a colourful expression so far from its meaning. If your ass is surrounded by noodles, that’s a good thing! It means you’re very lucky. You can use it like this: “il a gagné deux fois au loto, il a le cul bordé de nouilles” (“he won the lottery twice, his ass is surrounded by noodles”). But beware, this expression is pretty familiar as you can imagine, so don’t use it with anyone!

If you’d like to start putting your French skills to for the test, visit our website and sign up for your 7-day free trial with our native French speaking teachers.