Formal and Informal in French: How to Not Insult People 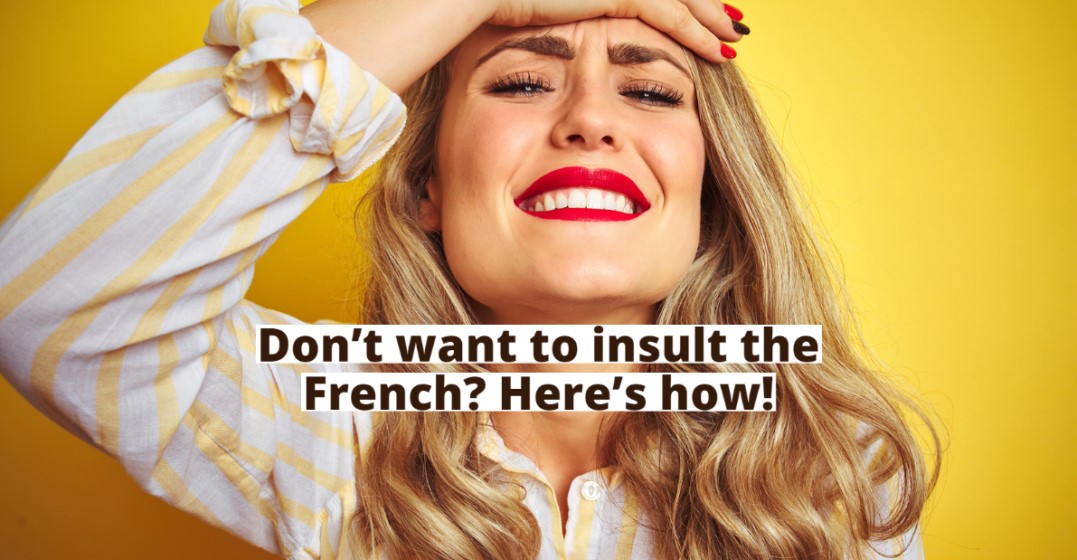 Here’s a tricky chapter when starting to learn a language: how not to appear too familiar or too formal? Are you afraid of creating diplomatic incidents? Then here are a few points to guide you.

It all starts where you have to greet the person in front of you. In French, when something is very easy, we use the expression: “C’est simple comme bonjour”. Except that saying hello in French is not quite that simple…

I advise you to ask yourself a few questions:

Your interlocutor will then answer you:

In general, I recommend you to use “vous” for all the people you don’t know (in the street, shops…) and your superiors.

Use the “tu” with a child or between adults in a family or friendly context. Usually, it is also used with colleagues and with people of the same age as you. But if you have a doubt, use the “vous”. If you are too formal, your interlocutor will ask you “on peut se tutoyer ?” (can we say “tu” to each other?)

Yes, there are verbs for that: “se tutoyer” and “se vouvoyer”!

You learnt at the beginning of your lessons that in order to form negation in French, you needed two words “ne” and “pas”, one positioned before and the other after the conjugated verb, as in the sentence “je ne parle pas japonais” (I don’t speak Japanese). I can reassure you that this is true for formal French and written French. But in oral French… People make life simpler!

The sentence that evolves the most is probably “je ne sais pas” (I don’t know), which will become orally “je sais pas” and even in a more relaxed way “ch’sais pas” where the sound “j” will become “ch”.

Formal and informal questions in French

There are many ways to ask questions in French. For the same question, you can vary the formal or informal style, just change the position of the words in the sentence.

For the formal question, the interrogative pronoun “où” is in front, and the subject “tu” and verb are inverted. For the informal question, everything is reversed: (From formal to informal.)

As you’ve seen, all this is not “simple comme bonjour”, but it makes French a rich language! With practice, you will easily recognise the different possible situations. And what about your next Lingoda lessons? Are you going to use “tu” or “vous”?

If you’d like to practice your French skills with a native speaker, give it a try! You could even save yourself from insulting someone. Visit the Lingoda website and sign up for your free 7-day trial today!