Express Yourself: Five Ways to Get Annoyed in French

Let’s face it. Life isn’t always sunshine and rainbows and neither is learning French.

But do you know how to express those less-than-pleasant emotions?

From annoyance to anger, take a tip from the French and start by being direct. If you’re not sure how to do it or what to say, there’s a French word or phrase to help you out.

Don’t worry, I haven’t included any bad words, or gros mots, that might make a French grandmother stare at you in shock.

Interestingly enough, the French verb ennuyer means both to bore and to bother. You’ll have to rely on context to figure out which one it means.

Luckily, that also makes it perfect for those times you need to express both emotions.

Getting bored while you wait in line? You can simply say, “Je m’ennuie”  or  “C’est ennuyant”

Frustrated because it’s really hot out and you didn’t bother to bring a bottle of water? C’est ennuyeux.

When someone you don’t like won’t leave you alone…

There’s always going to be someone who gets on your nerves. Maybe you’ve got a younger sibling who deliberately tries to annoy you. You find yourself constantly telling them, “Stop it!”

In French, you might say, “Ça suffit!” or “Enfin!” if you’re really irritated.

On the other hand, if you’re dealing with someone who just likes to annoy you (you know the type), just shouting “Enfin!” isn’t going to work. Maybe they have an annoying nickname for you and you’d like them to stop using it or something else about their behavior is making you mad. You could say:

When you spill a drink on yourself…

You always need to have a good word for those clumsy moments when you spill something or stub your toe. In French, when you need a word you can also say in polite company, your best bet is to try “Mince!” “Punaise!” or “Purée !”

If you’re wondering, both punaise and purée are nice ways to avoid saying the most popular French swear word. 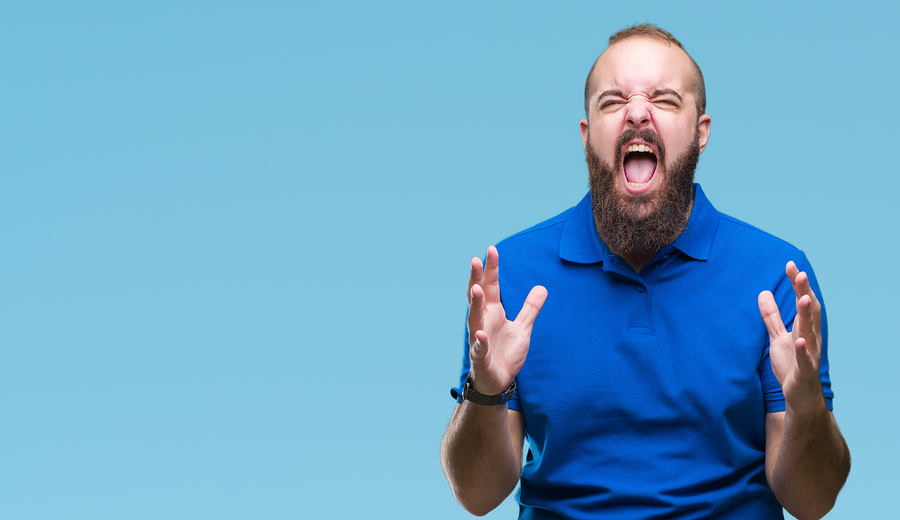 When someone else spills a drink on you…

Sometimes, you’re in a good enough mood that it doesn’t faze you. Other times, even if it was an accident, you just can’t help being angry.

Similarly, if something or someone has made you pretty upset, you can say, “Il me met en colère!” (He’s making me angry!)

When you’re not just annoyed, but truly furious, some of the other vocabulary just isn’t good enough to describe your emotions.

Though, it’s easy enough to remember the word furieux(euse).

Your friend asks you, “Ca va?”

Then, you can try hard not to swear if you want.

Now you can put your new French skills to the test! Head over to the Lingoda website and sign up for your trial today.