English Pronouns: You, One, They 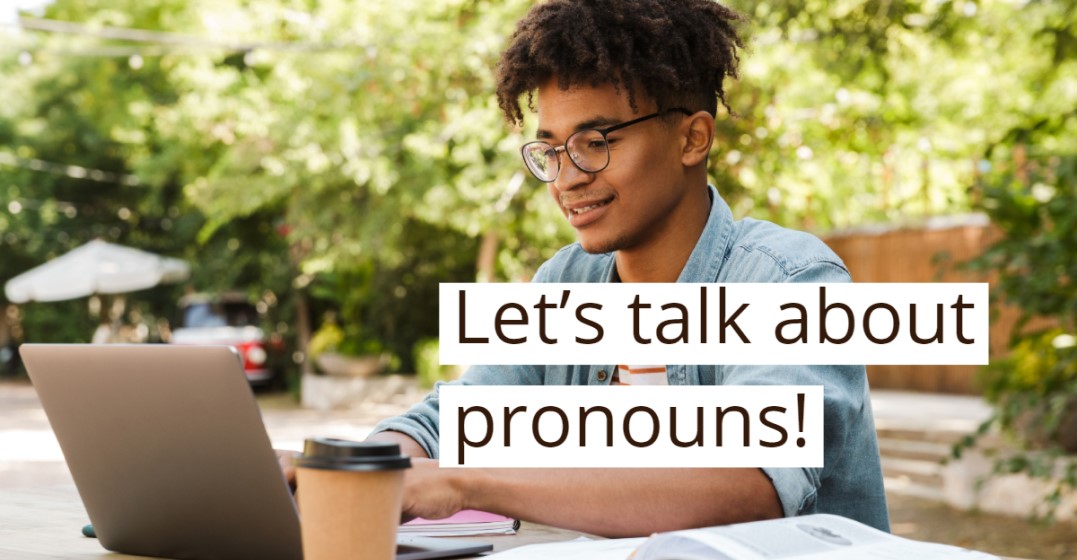 ‘They’re coming for me!’ the man leaned in, spitting slightly as he whispered.

I leaned out of spittle range. ‘Who is ‘they’?’

‘You know,’ he said, looking theatrically both ways down the dark and empty street. ‘“Them”.’

Not every generic pronoun in English can be as dramatic as ‘they’ or ‘them’, but each one definitely has its place. They also have a few connotations around their usage as well.

The most straight forward of the generic pronouns, you can mean a singular person directly or a group of people generically.

I can say: ‘You should bring your iguana to the party’ to mean the person I am speaking to, in particular.

Or I could include that sentence on the invitation, meaning everyone who has an iguana should feel free to bring it to the party. It’s a personal, yet generic way of engaging the reader (or listener).

It can get confusing if you’re mixing a direct and individual ‘you’ with a generic plural ‘you’, since we use the same word for both in English. For instance, if I was talking to my friend and giving them advice on how to word something: ‘You should probably tell them – “You should bring your own iguana food to the party”’.

It is just about readable with the quotes telling you what I’m saying and what I’m suggesting, but when speaking it’s much harder to figure out.

‘One should never use one’s own fish fork, but steal one’s neighbour’s, to confuse them.’ The truly generic pronoun of ‘one’ has an intense snobbishness about it in English. It’s definitely associated with the British upper class, and you’ll often hear people use it only with a terrible imitation of a British accent (don’t do this, it’s annoying, and not very funny anyway).

It has an unpleasantness to it – using ‘one’ is nearly always also delivering a thinly veiled insult about someone else’s perceived lower class background. Unless you’re in a Jane Austen costume drama reenactment, it’s best avoided. Occasionally it will pop up when someone is trying to explain something without using ‘you’, to sound more formal, in older textbooks, or in older idioms.

Although the logical plural form, ‘they’ also has a bit of emotional baggage. You can definitely use it when you’re referring to a specific group you are not part of, particularly when giving instructions.

With ‘they’, you need to be very clear who the group is you’re referring to first. Dropping in ‘they’ with no other details will immediately confuse everyone involved.

For instance: ‘The student should bring their iguanas to the party. They should also bring their own iguana food.’ It allows you to vary the sentences, but don’t go too long using only ‘they’, or your audience will lose track of who you are talking about.

‘They’ also comes with some distance – and when you’re talking about certain population groups it comes across as insulting and racist. Phrases like ‘those people’ and ‘they don’t like those neighbourhoods’ can be very divisive. Using ‘they’ automatically removes oneself from the group in question.

The thicket of informal plural ‘you’ forms are regional and quite fun. In the United States, particularly in the south, ‘y’all’ is an entirely common and acceptable form of ‘all you people in the immediate area that I’m speaking to’.

On the east coast of the US, you can also hear ‘youse’ or ‘youse guys’ – think of all those mobster and cop movies, you can practically hear it in your head. Interestingly, ‘youse’ and ‘youse guys’ migrated up to central Canada, as well as ‘you guys’ (for all gender groups) but ‘y’all’ is purely American.

British English has their own set, the most universal being ‘you lot’, as in: ‘Okay you lot, let’s head down to the pub with our iguanas.’

But one must bring one’s own iguana food, of course.