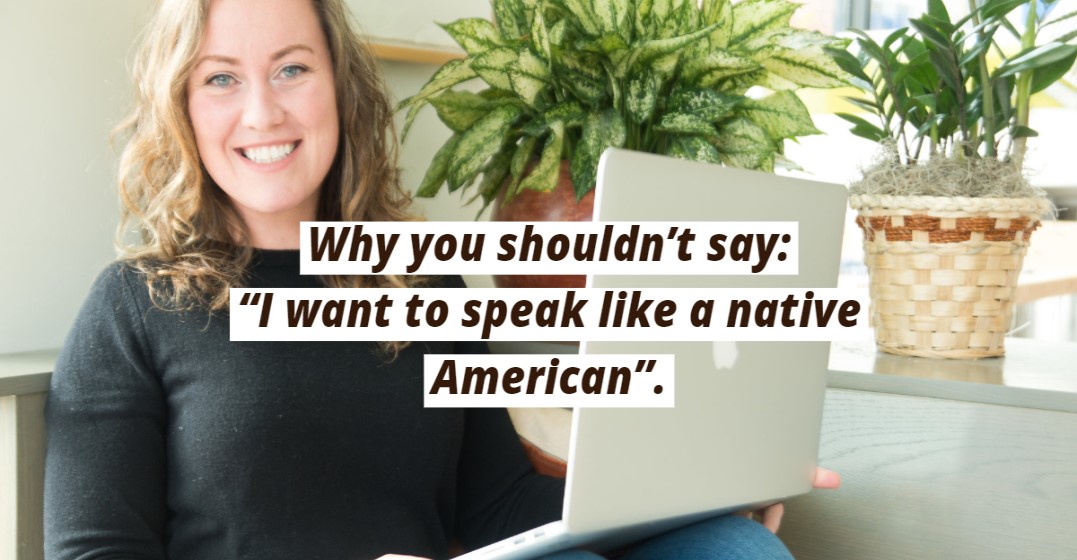 Did it give you confused looks? Or follow-up questions? Did someone respond to you by asking:

“Do you have a specific Native American tribe in mind? Navajo? Cherokee?”

I’m sure that got you confused too. And you probably insisted that “No, I am just learning to speak English.”

I’m here to clarify this term to you so that you can use it correctly and actually learn how to speak like a native English speaker.

A Native American is part of an indigenous group of people from the Americas. They belong in tribes and are considered as some of the first and original people in America.

In fact, most people in the United States of America are Americans, but very few are Native Americans. Because of their origin and bloodlines.

So when you say that you want to “speak like a Native American”, don’t be surprised when someone starts asking you about specific tribes. Because what you said actually means that you want to study them and how they communicate.

You want to sound like a native English speaker

First thing to do is to stop saying you want to speak like a Native American. What you really want to say is:

“I want to sound like a native English speaker.”

This means you want to talk or speak like someone who has been using English to communicate all or almost all his life.

It doesn’t necessarily mean that it’s the only language the speaker knows. But it means that he has high fluency in spoken and written English. He is able to communicate in English accurately and effectively. And he sounds natural when doing so.

So, when you learn to speak and write in English, this is definitely the goal you aspire to reach.

Here are some more examples on how to use ‘Native American’ and ‘Native English Speaker’ correctly:

Now that you know how to use either terms correctly, you are a step closer to sounding like a true native English speaker!

By the way, here are 5 simple ways you can think and act like a native English speaker. This can really help you out further, so, do check it out! And happy learning as always!

As well as learning English with Gabby, Lingoda also offer a free 7 day trial for English learners. Visit our website to find out more.