Just how high is the cost of living in Switzerland really? 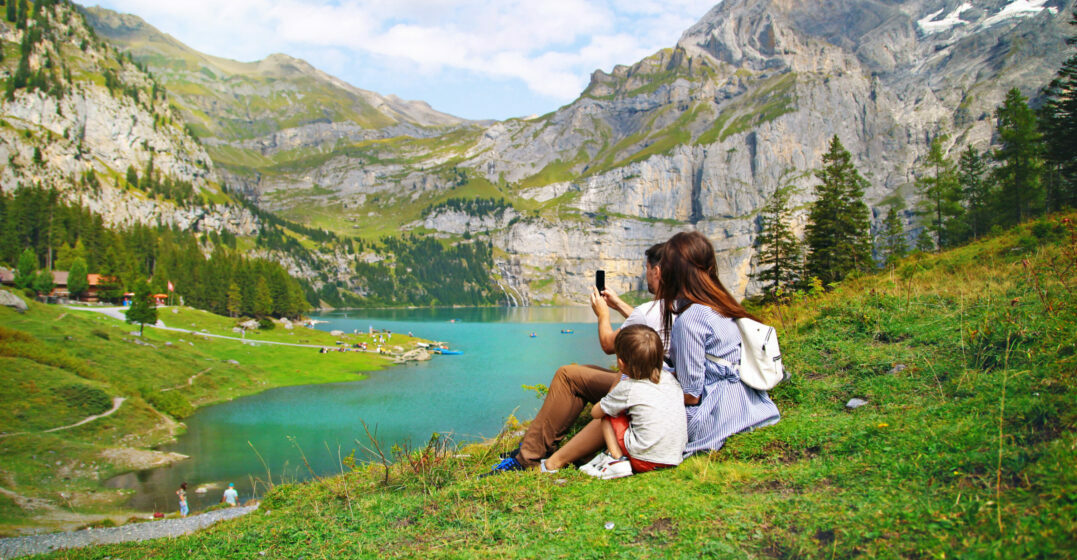 If you want to breathe in the fresh alpine air, walk through clean and safe cities and enjoy living in a political and economically stable country, Switzerland is for you. But you had better be prepared to pay a hefty sum for the privilege of living in this beautiful country because the cost of living in Switzerland is one of the highest in Europe.

Want to know whether it’s cheaper to live in Germany or Switzerland? Or how much you’ll need to live in Zurich for a year? Read on for answers to these questions and more.

What’s the cost of living in Switzerland?

Breaking news: Switzerland is expensive. I’m joking obviously, most people are very aware that Switzerland has a high cost of living. Life in Zurich can set you back as much as, or more than, living in other wealthy cities like Singapore and Hong Kong.

Of course, the cost of living varies depending on your lifestyle, who you live with and in which area of Switzerland you choose to settle. The cities are more expensive than rural areas and having children will bump up your monthly expenses thanks to the CHF 2,000 you can spend per month on a creche (kindergarten).

On average, a single person living in Zurich will pay about CHF 2,000 per month for a one-bedroom apartment and another CHF 1,500 for other living costs. Counted in this are groceries – at least CHF 100 per week – utilities and health insurance. If you’re a family of four, expect your monthly expenses to be around CHF 5,300, with rent for a three-bedroom apartment in Zurich costing over CHF 3,000. Look at the table to see how much you need to live in Switzerland for a year.

Average cost of living in Zurich per year

Interested in moving to Switzerland? Get to know the languages you’ll need to speak when you get there.

What’s a good salary in Switzerland?

Thankfully, the high cost of living in Switzerland is offset by the good salaries in the country. Whatever your job, you’re likely to be able to cover your basic cost of living, though those in lower-paid jobs might have to share a flat with a friend or partner in larger cities to make ends meet.

Switzerland’s hidden language? Find out more about the Romansh language.

The cost of living in Germany vs. Switzerland

There’s no doubt about it: Switzerland is significantly more expensive than Germany to live in or travel around. A one-bedroom apartment in Berlin costs less than half as much as in Zurich and childcare in Berlin costs around CHF 115 per month compared to the whopping CHF 2,000 I mentioned earlier in Zurich. For those of you more used to Euros, that’s around EUR 105 in Berlin vs. EUR 1,840 in Zurich.

Want to eat out? Head to Germany for cheaper prices. A meal for two in a mid-range restaurant will cost about half as much in Germany as in Switzerland: CHF 54 vs. CHF 120. Even in McDonald’s, you’ll pay about CHF 8 for a meal in Berlin compared to CHF 15 in Zurich – yep, that’s almost EUR 14 for a meal in McDonald’s.

Cost of living per month in CHF and EUR

This sounds interesting? Learn more about the cost of living in Germany.

Average salaries per year in CHF and EUR

After you’ve paid your rent and bills, bought your groceries and taken care of other necessities, you’re probably going to have more money left over in Switzerland.

Important to note when moving: The German language differs in Switzerland, Germany and Austria!

The cost of living in Switzerland vs. the USA

If you’re wondering how the cost of living index in Switzerland compares to the United States, the answer depends on where in the USA you live. Take a look at the comparisons between Zurich, New York City and Dallas to get an idea of the difference.

Overall, the cost of living in the USA is much lower than in Switzerland – 38% lower as an average for the whole country. But, salaries are lower too: an average of 43% lower, so again, the expense of Switzerland is made up for by the high salaries.

So, what’s the cost of living in Switzerland like?

Well, it’s confirmed: Switzerland is pretty expensive. But the eye-watering cost of living is softened by the excellent salaries for jobs across all sectors and while it is more expensive to live in Zurich than in many other cities in Europe, you’ll still have plenty of money left over at the end of the month.
If you’ve been inspired to move to Switzerland, check out how to make your CV work for international employers.

Laura is a freelance writer and was an ESL teacher for eight years. She was born in the UK and has lived in Australia and Poland, where she writes blogs for Lingoda about everything from grammar to dating English speakers. She’s definitely better at the first one. She loves travelling and that’s the other major topic that she writes on. Laura likes pilates and cycling, but when she’s feeling lazy she can be found curled up watching Netflix. She’s currently learning Polish, and her battle with that mystifying language has given her huge empathy for anyone struggling to learn English. Find out more about her work in her portfolio.