Can comic books help you learn a second language?

I was never allowed the Archie comics by the cash register at the grocery store when I was a kid, because they weren’t ‘serious’ books. Lots of people still write off comic books as kids stuff, but that’s not really fair to a genre that goes from superheroes beating up bad guys to a Pulitzer Prize-winning nuanced memoir.

Comics are a very visual type of storytelling, and like children’s books, those pictures give you a clue to what’s happening in the plot and a hint to translating the words. ‘Let’s get that guy!’ might take you a while to figure out when you’re first learning if you just saw the text, but accompanied by a panel with three big goons pointing at the hero with their mouths open shouting, you get the point pretty quickly.

It’s different than watching films or TV though, because you can take your time over each page, even flip backwards to check something you might have missed. I mean, you can do that on Netflix too, but you will drive everyone else in your place crazy. Ask me how I know. 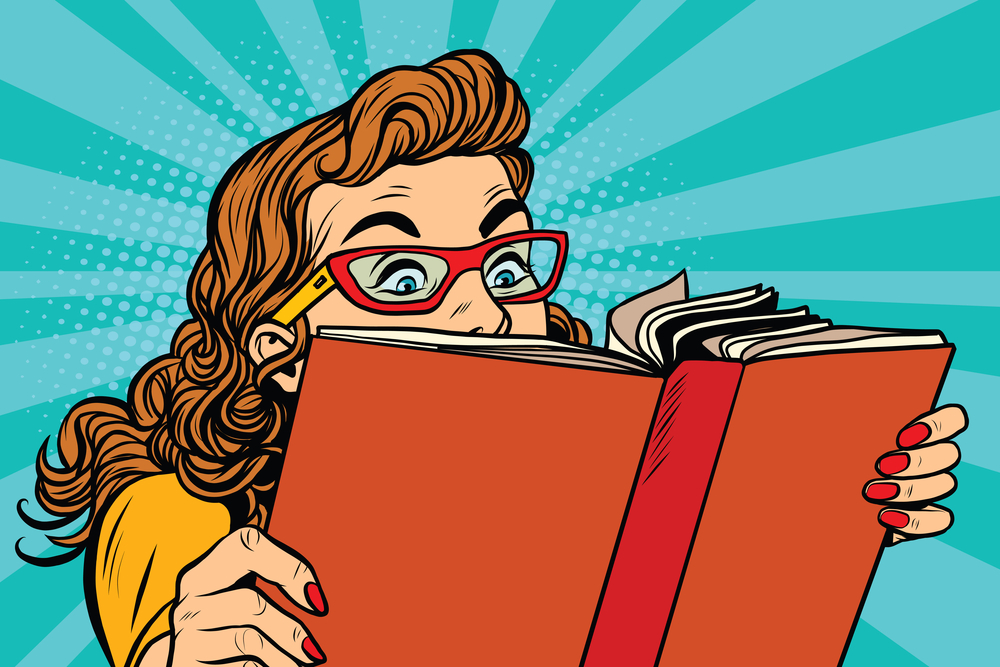 When predictable a storyline is a good thing

Superhero comics are full of tropes, so you have an idea of what’s going to happen as you go along, which makes the language part much easier. The hero has gone into a dark alley, oh no! What will happen now?!

I think most of us have a handle on the origin stories of some of the most famous superheroes too, so you’re working with some familiar concepts, even if you don’t know the language exactly. While ‘radioactive spider bite’ may not come up in conversation with your neighbour (if it does, you should think about moving), the more colloquial phrases in comic books do come in handy. 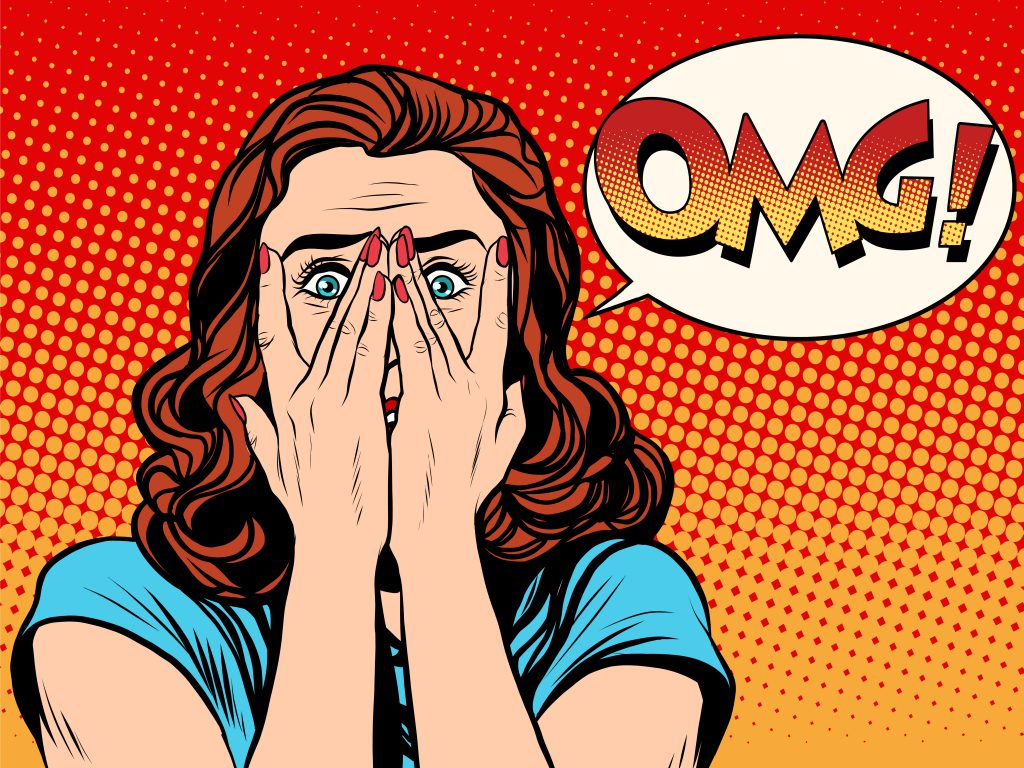 Comics are not just kid stuff

Children’s comic books are a great place to start when you’re learning, and there’s no need to invest. The local library will almost certainly have a great dog-eared selection of every Asterix and Tintin you could want. There’s no need to stop there. There’s translated Marvel and DC comics to try, and if the superhero thing isn’t for you, there’s the burgeoning indie comic scene full of scenes of dates gone wrong, sad people drinking coffee, rainy walks, and more.

A good place to start for indie English-language comics is the Canadian independent publisher Drawn & Quarterly, and you can find a selection of their titles on Amazon or Abe Books.

For a well-curated selection of both indie and translated-into-German comics check out the publisher Cross Cult. There’s also a whole world of Japanese Manga comics to explore – the most popular titles are translated into many languages, and libraries usually have these in a section all of their own.

It’s worth searching out some comics originally written in the language you’re trying to learn, for the true authentic experience. For French, try the original Les Aventures de Tintin or Astérix le Gaulois. For German, there’s Da war mal was or Flix’s comics like Spirou & Fantasio. 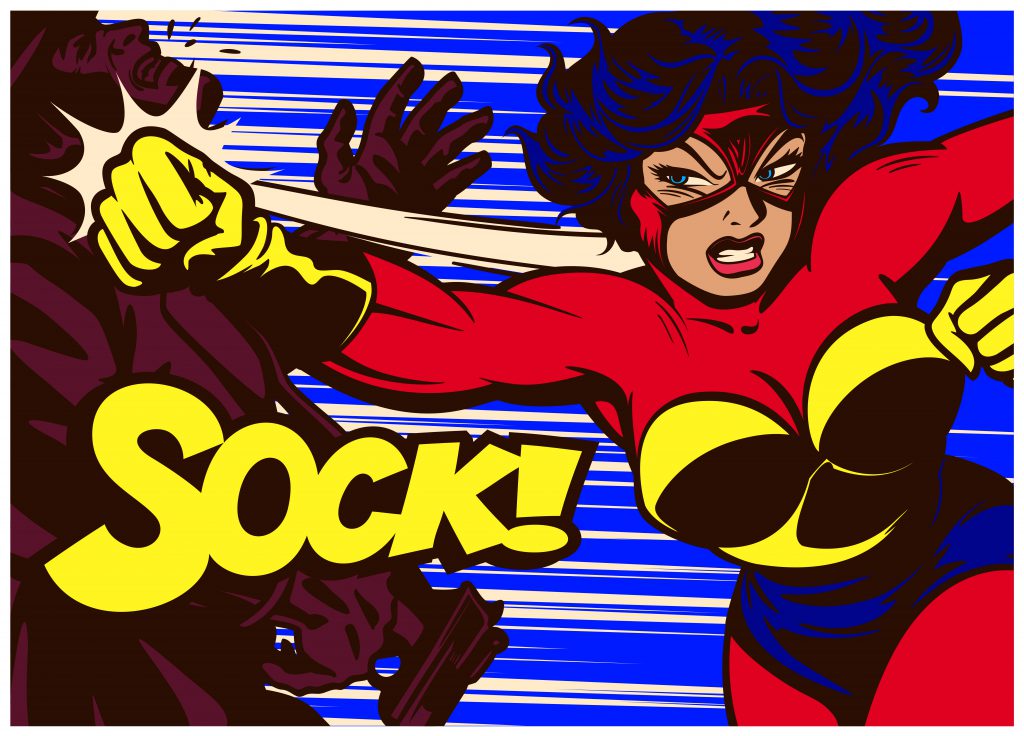 If you really want to talk about ‘serious’ books, there’s Maus. American cartoonist Art Spiegelman wrote the series Maus: A Survivor’s Tale based on conversations with his father, about his parents experience leading up to WWII and their time in the concentration camps. It’s a brutally personal read, as it also deals with Spiegelman’s rocky relationship with his father. Art Spiegelman won a Pulitzer Prize for it, and you can read Maus in English, German, French or Spanish.

And those Archie comics? You can get them in every language now, but they were not nearly as exciting as I was imagining. I think I’ll stick with the new Black Panther instead.

If you’re feeling inspired, head over to the Lingoda website and sign up for your 7 day trial. You’ll be surprised how quickly you’re speaking (and comic booking reading) skills will improve!