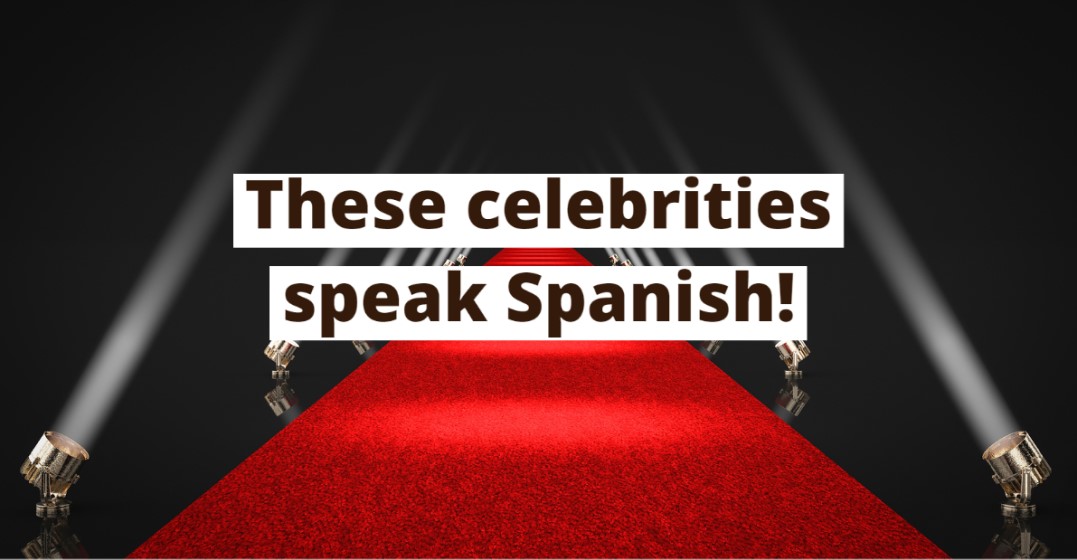 Do you speak Spanish? It’s shocking fun when a non-Latinx celebrity that you didn’t expect to be bilingual surprises you and answers ¡Pues, sí! Well, yes!Whether they were born in a Spanish-speaking country like actress Lupita Nyong’o or decided to learn Spanish as an adult like actor Will Smith, these famous celebrities impressed the public by practising their Spanish skills live on camera. Whether you are famous or not, unexpected language skills offer major wow factor and will have you saying ¡No me digas! You don’t say!

Last week at Lingoda we talked about the best books for learning Spanish. Now we are focusing on movies and actors that we can watch online to test our beginning Spanish skills.

Lupita Nyong’o is a Tony-award winning actress famous for outstanding performances in everything from Broadway musicals to Hollywood movies. Born in Mexico City to Kenyan parents, Nyong’o stayed for 7 months in Mexico while her father was teaching in the capital. She was raised in Kenya but returned to Mexico at the age of 16 to study at the National Autonomous University of Mexico (UNAM) and solidify her Spanish studies over the course of 7 months.

As teenagers, Ben Affleck and his brother Casey lived in Mexico for a year while filming a children’s television programme. They learned Spanish and travelled the country with their mother. He went to a high school with a focus on Latin and studied Spanish again for a few months in university. He continues to use his Spanish whenever he films in Spanish-speaking locations.  He also may have used his Spanish language skills to impress the ladies. Ben Affleck famously dated Boriqua-American Jennifer Lopez back in 2002 before he married long-time spouse Jennifer Garner. Who remembers the original “Bennifer”? Yo sí. I do.

Famous for starring roles in Guardians of the Galaxy and the new Star Trek films, Zoe Saldaña was born in New Jersey, USA to a Puerto Rican mother and Dominican father. Her family moved to the Dominican Republic when she was around 9 years old and stayed for 5 years before returning to New York. With perfect pronunciation in English and Spanish as well as being a role model for Afro-Latinx community, she is an impressive actress for every language learner to watch on the big screen.

Will Smith of Fresh Prince of Bel-Air fame admits that his Spanish is less-than-perfect. He has been giving Spanish-language interviews and appearing on Spanish-language interview shows since 2000. He travels with a personal Spanish instructor and claims his desire to speak Spanish is because most of the world speaks 2 or more languages while in the United States most people speak only one. He wants to break that habit. It’s been a good business decision as well. The foreign film industry showered him with praise for his Spanish-speaking role in the 2008 movie Seven Pounds. Check it out to practise your listening skills or try our Spanish movie list for beginners.

Since she travelled to Spain as a teenager to study Spanish, Gwyneth Paltrow has been in love with the Spanish language. Before she became a world-famous celebrity and actor, she lived with a Spanish host family in Talavera de la Reina to get the basics and has been speaking and giving Spanish-language interviews ever since. She even has the Spanish accent with the lisped ‘z’ and ‘c’ down to a T.

When I studied in Spain during uni, I didn’t pick up the accent but I did gain an appreciation for how difficult it is to learn a whole new vocabulary. Spanish words and accents were completely different from the Chilean Spanish that I was familiar with growing up. I commend the actors on this list, both those who studied Spanish for a role in a foreign film and those who learned Spanish for the sheer love of the language. As a language learner, it inspires both respect and admiration.

To work on your Spanish skills and gain admiration in your profession, visit the Lingoda website and sign up for your free 7-day trial with our native speaking teachers today.