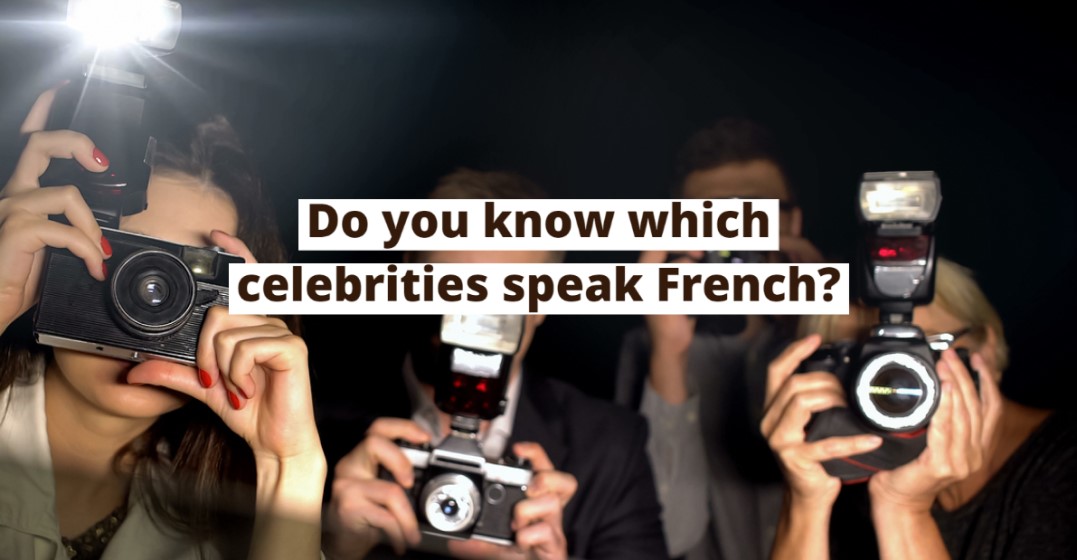 Can you think of a celebrity who has also learned French? It might be hard to imagine having the same struggles as an actor, musician, or famous athlete. After all, most of us aren’t preparing for TV interviews and awards ceremonies. But when it comes to learning a language, celebrities are just as likely to forget vocabulary and mispronounce words as anyone else, even if they seem like perfect French speakers on screen.

After the premier of A Star is Born, lead actor Bradley Cooper made quite an impression by giving interviews to the French media in French.

It might surprise you to know that this American actor actually studied abroad in Aix-en-Provence and was able to immerse himself in the French language. Though, the thing that truly makes him an inspiration for other French learners is that he manages to speak confidently while still acknowledging that he makes mistakes.

Tennis champion Serena Williams reminds us to keep pushing towards our goals, even when it comes to speaking French.

She’s spent many years learning the language, including attending a French preparatory school. She’s even starred in some French films and dubs herself in the French language version of her other films.

You might know about his past relationship with the famous Vanessa Paradis, but did you know that Johnny Depp struggled to learn French?

He’s admitted to having trouble with French conjugation, but that doesn’t stop him from doing his best in French interviews.

Known primarily for her role in the Harry Potter films, Emma Watson was actually born in Paris. However, she moved to England with her mother when she was just 5 and has since lost much of her French language skills.

Still, she’s fluent enough to give interviews in French. According to the actress, she always makes a New Year’s resolution to finally master the language. How many of us can relate to that?

British actor Tom Hiddleston has become even more famous since the success of the Marvel films.

Surprisingly, he’s also famous among celebrities for being extremely multilingual. He’s fluent in French, among other languages, and is proof that a real passion for learning a language can help more than you might think.

Joseph Gordon-Levitt may be an American actor, but he’s also an admitted Francophile. He even studied French poetry at Columbia University.

Understandably, the actor was especially eager to portray the French high-wire artist Philip Petit in the 2015 film, The Walk. He actually learned to mimic Petit’s idioms in order to perfect his French accent.

Perhaps French learners might want to try mimicking a bit of French dialogue to work on their own accents.

How many celebrities on this list surprised or inspired you with their French-speaking skills?

If you’re looking to learn French, or even improve your existing skills, visit the Lingoda website and sign up for your free 7-day trial with our native speaking teachers today!