Bring out your inner cowboy with these 9 amazing Western movies 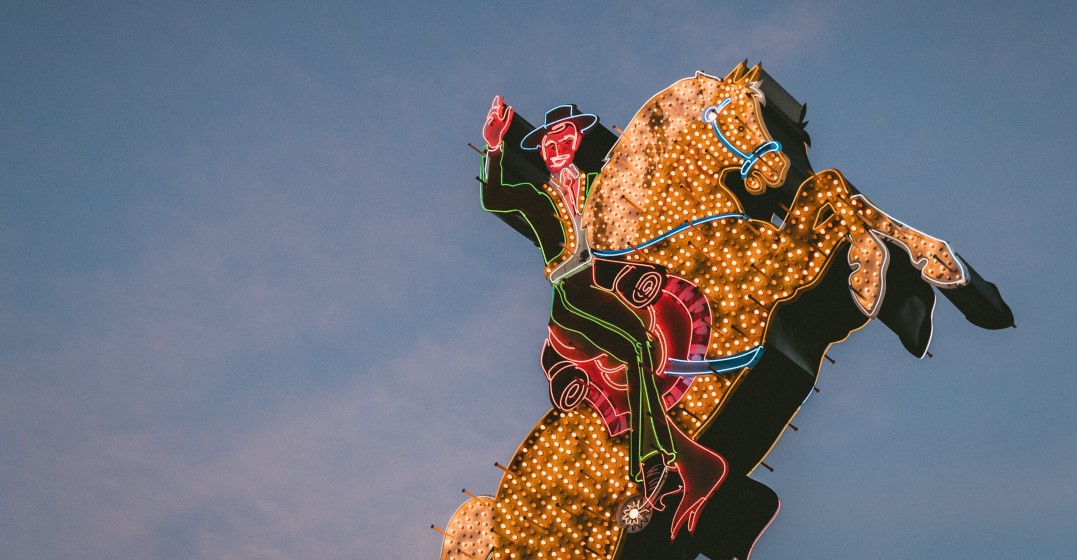 Want to feel like John Wayne and Clint Eastwood as they race horses across wide open spaces? Then check out this list of Westerns that will have you feeling the wind in your hair.

True Grit (the original version from 1969) stars the infamous John Wayne as Rooster Cogburn, the most beloved Cowboy in all of American culture. Cogburn is a police marshal and is recruited due to his “grit” (tenacity) to help solve the murder of a witty young woman’s father. The search for the murderer takes them across Texas, Arkansas, and Oklahoma where they encounter Native Americans and race across the plains on horseback. The young woman, Mattie Ross (played by Kim Darby) make for quite the dynamic duo for a movie that’s got all the drama of a Western with fantastic humor.

The Good, the Bad, and the Ugly (1966) stars another famous Western actor, Clint Eastwood. Eastwood plays a character called Blondie (The Good) who is a professional gunslinger looking to earn some money. He runs into Angel Eyes (The Bad) who is a hitman that completes his job no matter what’s at stake. Blondie and Tuco (The Ugly), a wanted outlaw, form a partnership that Blondie doesn’t follow through with. During the chase, both men find a horse carriage loaded with dead bodies with a clue to a stash of gold. Blondie and Tuco begin to work together again to find the gold, while Angel Eyes tries to find it first for himself. As they compete for the gold, this action-packed Western is filled with all the combat, American slang, and classic Western music you need, plus a few epic fighting scenes set during the Civil War.

My Pal Trigger (1946) is a movie about the infamous duo of Roy Rogers and his palomino horse, Trigger. Roy wants to breed his horse with his friend’s hose, the Golden Sovereign. His friend refuses and Roy steals the horse anyways. Unfortunately the horse gets shot in the process by someone else, but Roy gets blamed and goes to jail. A year later, Roy comes back with his horse, Trigger, the son of the Sovereign and tries to clear his name. The first of multiple Roy Rogers moves, Trigger The Smartest Horse in the Movies makes his debut and becomes Roy’s biggest asset.

Godless is a new Netflix mini-series based in the American West with females who are just as tough and as good at gunslinging as the men. The story follows a wanted criminal, Frank Griffin (Jeff Daniels), who seeks revenge on a former gang member, Roy Goode (Jack O’Connell). Roy hides in an isolated mining town in New Mexico where he meets Alice Fletcher (Michelle Dockery), a widow. Word soon reaches the gang that Roy is hiding in the mining town of La Belle, which is governed by women after a mining accident kills nearly all the men. When the gang arrives, the women of La Belle band together to protect Roy and try to defeat the gang.

The Magnificent Seven (1960) features seven gunmen who band together to stop a group of 30 bandits from terrorizing a small Mexican farming village. Filled with gun fights, duals, and classic Western music, this one keeps you on your toes the entire time. The storyline has remained popular with a TV series version made in 1998 and a new movie in 2016 starring Chris Pratt and Denzel Washington.

Tombstone (1993) follows the famous story of Wyatt Earp (Kurt Russell) and Doc Holiday (Val Kilmer) as they try to secretly get rich in Tombstone, Arizona. Soon after, a group of outlaws called The Cowboys starts causing trouble among the townsfolk. The movie ends with the legendary shootout at the O.K. Corral, the most famous duel in all of American history.

Dances with Wolves (1990) stars Kevin Costner as Lieutenant Dunbar who is a Civil War hero. After the war, he wants to go to the Western frontier but finds it to be an eerie and abandoned place. He soon meets a wolf, Two-socks, and then later a Native American tribe. He gets to know them through a white woman raised by them called Stands with a Fist. They fall in love and Dunbar soon realizes that the military actions against the Native Americans are destroying their way of life. By the end of the movie, he leaves the military and lives permanently among the Native Americans. If you’re looking for a movie with emotional feels, this Western’s the one for you.

Jane Got a Gun (2015) is a female-lead Western that centers on Jane Hammond (Natalie Portmann) who starts anew with her husband after being tormented by the Bishop Boys gang. The gang catches up to them, shoots her husband, and tries to destroy her family. In an effort to defend them, she contacts her former fiance Dan Frost (Joel Edgerton) for help. An expert gunslinger herself, Jane seeks to destroy the Bishop Boys once and for all.

Hostiles (2017) stars Christian Bale as the seasoned military hero, Capt. Joseph J. Blocker, who has fought the Native Americans in the search to conquer the West. His final mission before retirement is to lead a former Cheyenne Chief, Yellow Hawk, and his family to safety after being imprisoned. Joseph tries to refuse out of his hatred for the Native Americans, but is forced to oblige when his commander threatens to remove his retirement funds. As Joseph, his men, and the Native Americans work together to survive the journey, they find that they have a lot more in common than they originally thought.

Do you need to brush up on your English skills? Visit the Lingoda website and sign up for a free 7-day trial. You’ll have access to 3 group classes and thousands of learning materials!