Learning any new language can be a daunting task, precisely because there are so many different ways and methods out there, from textbooks, classes, and apps to language immersion hacks. It can be hard to tell which way of learning is best for you. On top of that, learning German can be particularly off-putting because German is often seen as a difficult, complicated language. Not with the right approach! Fret not, we’re here to tell you the best ways to learn German.

The top 10 approaches to learning German

1. Focus on what comes easy to you

German is actually among the easy languages to learn for English speakers. The trick: focus on what is natural to pick up for you. Keep in mind that English and German share the same roots and have a nearly identical alphabet. German is also a phonetic language where you can infer pronunciation from spelling–and spelling from the sound of it. Figure out if immersion, translation, communication, or studying grammar or vocabulary comes easiest to you, then begin learning German with a strong focus on that aspect of the language to pick up the basics fast.

2. Use a language hack that works for you

A language learning hack is a shortcut which speeds up your studies. As we’re all different types of learners, figure out which type you are. Consider a spaced repetition system for vocabulary and phrases, using mnemonics to create word associations, studying with the Pomodoro technique, listening to pronunciation and course material, or seeing words and phrases spelled out to retain them.

3. Learn the gender of all words

German and English share many cognates, that is words derived from the same root. Student is “Student” in German–coming from English, you’ll know a lot of words already, so you can move on to different things, right? Not so fast. The gender of nouns tells you which article to use and how properly form cases. It’s “der Student” (male), but “die Studentin” (female). It’s best to also learn the gender for each new word, and ideally also the genitive case, as it’ll show you how to form other cases as well. For example: “der Student, des Studenten”.

4. Expand your German vocabulary in all directions

As soon as you’ve mastered the basic sentence structure in German, keep expanding your vocabulary, but in all directions. It’s common to favor nouns in the beginning as you literally need to learn the names of things, but you’ll be speaking and writing much faster if you prioritize verbs and adjectives equally. Set yourself realistic vocabulary learning goals and make sure that for every ten nouns you pick up, you also learn ten verbs and adjectives.

Knowing common phrases is useful in two ways: you’ll be able to navigate basic requests such as ordering and shopping in German, and you’ll understand and be able to respond appropriately when someone addresses you. The trick is to not just pick up any phrase book: common tourist sayings regarding sights and landmarks are of no use to you when you want to learn German for business reasons. Identify the most common German phrases that match your personal motivation for learning the language! 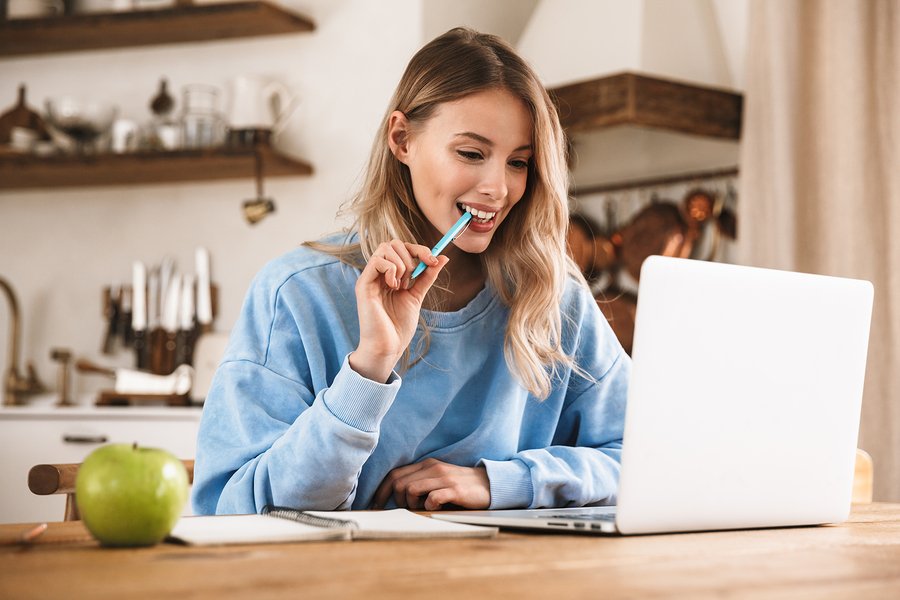 Conversational connectors are related to common phrases as they establish a flow, a back and forth in conversation. For example, “Und du?” is a short and common way to ask someone to reciprocate after having answered a question about yourself. Once you start using conversational connectors in German, you’ll sound more like a native speaker, navigate any exchange more confidently, and train yourself to really listen to what the other person says.

Talking to native speakers of German as early as possible is one of the best ways to immerse yourself in the language. Meet up with Germans in person, engage in a language exchange, and involve yourself in social activities with locals if you are already in Germany. From abroad, use other means accessible to you such as finding Germans in your area, talking to people online, or doing an internet language exchange.

8. Improve your written expression in German

Speaking a foreign language requires you to quickly think on your feet, whereas you can select your words and phrases with a little more care when you express yourself in writing. Translate any text from English to German or keep a German journal. Writing facilitates a deeper understanding of grammar and the language and will help you learn German faster. It’s also useful for being able to read in German and pick up on the many differences in written and oral expression.

Train your ear and mind on any German material: watching films with subtitles is like an exercise in listening comprehension with training wheels and an enjoyable mix between learning and entertainment. From there, you can move on to German news, books, or podcast on your favorite subjects to immerse yourself in real-world-usage of th German language.

Online language classes are a fast way to learn German and speak confidently like a local. You’ll have the advantage of being able to rely on native speaking teacher, and you can pick between group sessions or private, one-on-one classes with a flexible schedule. Supplementary material like digital courses and exercise books you can download allow you to practise when and where you want.

Start learning German with our free 7-day trial. You can experience our online classes with native speaking German teachers, right from the comfort of your home.