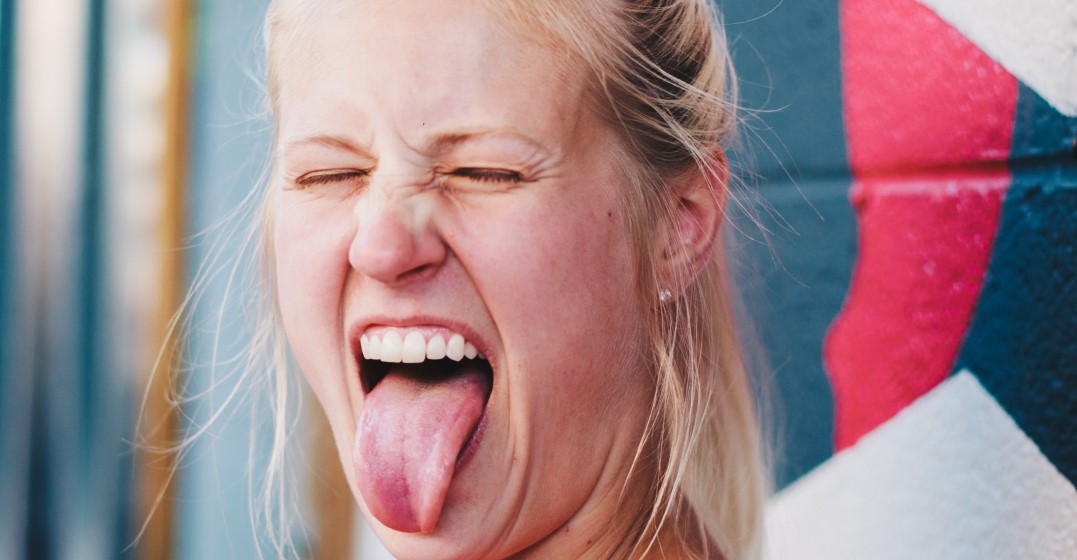 Want to improve your pronunciation? Tongue twisters are a fun way to do this! A tongue twister is a series of words that is designed to be difficult to say – even for native speakers of the language. They are usually alliterative; this means that most of the words start with the same letter or they have the same letters in them.

There are lots of different tongue twisters in English and if you really wanted to improve your pronunciation, you could try a new one every day! You can also use them to target a specific pronunciation problem that you have. Lots of non-native English speakers have a problem with the th sound; many Arabic speakers have a problem with p and b, while Spanish speakers confuse b and v.

Whatever your pronunciation problem, there’s a tongue twister for it, so let’s have a look at some of the best.

Improve your pronunciation with these 12 English tongue twisters

Try saying this 3 times quickly! If you’re a speaker of an Asian language, you might have some trouble distinguishing r and l sounds, so this one’s for you!

Peter Piper is a popular tongue twister among children and it’s a really satisfying one to say if you can get it right. The p sound is made by releasing air from your mouth in a ‘puff’ and it’s a soft sound.

How to apologise in English

3. Give papa a cup of proper coffee in a copper coffee cup

This is another good one to practice your p sounds, with the bonus c sound thrown in.

This is a good one for anyone who has difficulties saying the b sound. This is only the first line of this strange tongue twister/poem, so take a look at the rest of it to have a really good practice.

Betty again! This is an excellent tongue twister for everyone, especially Spanish speakers, who has trouble with b and v sounds.

6. The thirty-three thieves thought that they thrilled the throne throughout Thursday

Most tongue twisters practice consonant sounds, as we’ve seen. But here’s one to help you practice a vowel sound too; use this to practice the e and v sounds.

This is another tongue twister you can use to practice a vowel sound: specifically, the long ee and short i which a lot of learners struggle with.

This tongue twister, obviously, helps you practice the i, g and m sounds. I find this one quite difficult to say even as an English speaker, so I hope you have better luck than me.

A woodchuck is better known as a groundhog. But even knowing this, it doesn’t mean that the tongue twister makes much sense. It probably won’t be too difficult to learn this one, and most native speakers will recognise it, so it’s a great one to start with.

11. She sells seashells on the seashore…

This is probably the best known tongue twister in English and it even ties native speakers up in knots! The sh sound in this one really trips us up. This is only the first line so have a look at the rest of it and practice hard – you’ll impress your English and American friends if you can get through it!

25 phrases to help you gossip in American English

For the advanced tongue twister lovers out there, this one once made it into the Guiness Book of World Records as being the hardest tongue twister in the world. I can barely get this phrase out, even after a few times practising it!

How many of these tongue twisters can you say already and which ones do you want to practise?