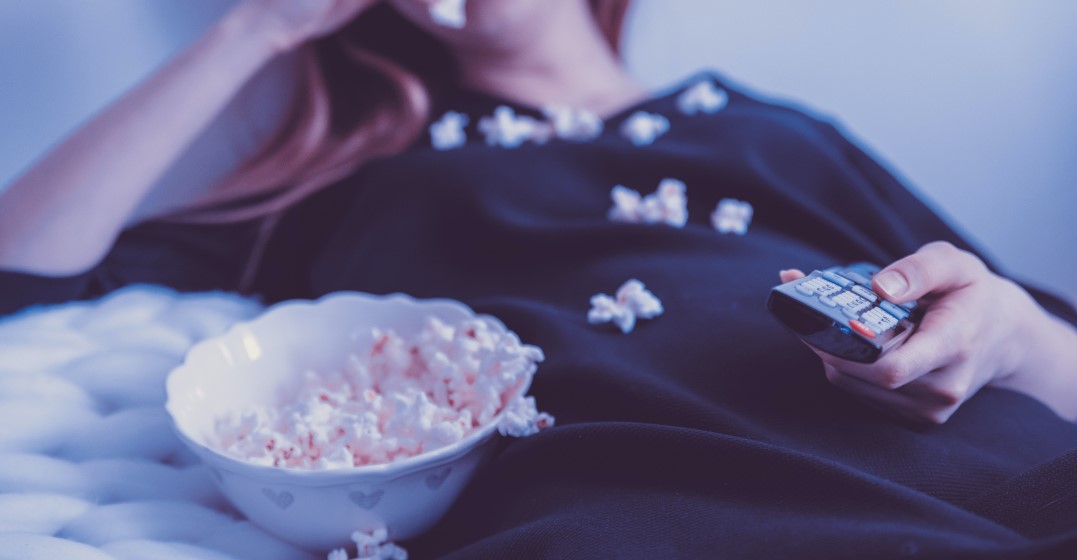 ¿Que dijiste? What did you say?

To learn Spanish fluently, language learners need strong listening skills. To improve your Spanish accent, I’ve recommended watching telenovelas or Spanish-language soap operas before. My favourite series of all time is the gripping ¿Donde Está Elisa? from Chile about a kidnapped teenager from a rich family.

These TV programmes can be hard to find outside of Spanish-speaking countries though. Films are much easier to access. With Netflix, HBO Go, and international movie channels, you can learn Spanish while watching Spanish movies on your smartphone, tablet, or laptop.

So which Spanish films should you watch?

Here is a short list of my favourite Spanish movies that will help improve your Spanish accent and strengthen your Spanish listening skills.

This Oscar-nominated film for the Best Foreign Language Film award is a great option. As a historical drama, No (2012) gives insight into Chilean politics by covering the 1988 Pinochet plebiscite campaigns.

The film features Gael Garcia Bernal as the young advertising professional who came up with the catchy jingle that kept dictator Augusto Pinochet out of power for a potential 8 more years. “Chile, la alegría ya viene” or Chile, happiness is coming!

It’s also a cool option if you are interested in learning the unique Spanish spoken in Chile or chileno. Remember how Spanish vocabulary changes from country to country? Bernal is from Mexico but the film is directed by santiaguino Pablo Larraín Matte, so everybody in the film puts on a convincing Chilean accent. To learn more about this topic, try Machuca from Chilean director Andrés Wood. This film covers the 1973 military coup that explains how Pinochet originally came to power.

This movie is a biographical romantic drama starring Spanish Actor Javier Bardem as Reinaldo Arenas, a gay Cuban poet, novelist, and playwright. The film follows Arenas’ journey from supporter of the socialist Cuban Revolution to his escape from Castro’s anti-LGBT military regime.

Though critics called it an “arthouse attack” on socialism, the film is based on the true story recorded in Arenas’ autobiography. Whatever your politics, this movie helps language learners develop an ear for Cuban Spanish and informs viewers about the Cuban diaspora community, especially in the state of Florida in the United States.

For a film where you can learn Spanish that sounds uniquely Mexican, I recommend Roma. Written and directed by chilango Alfonso Cuarón, this film follows the life of a middle-class family in the now-ultra-hip Colonia Roma neighborhood in Mexico City. The film’s most intense scene depicts El Halconazo or “the hawk’s strike” Corpus Christi Massacre from June 10, 1971. A turning point in the Mexican Dirty War, this event saw government-trained paramilitary soldiers massacre nearly 120 student protestors including a 14-year-old boy.

The main actress Yalitza Aparicio, who played live-in housekeeper Cleo, became an instant international celebrity for her incredible acting skills and being the first Mexican actress of indigenous origins to headline a feature film. Her appearances challenged Euro-centric beauty standards and catapulted indigenous features to the forefront of Latin American beauty and fashion worlds.

Besides Mexican Spanish, listen closely to hear Cleo and her indigenous friends speaking Mixtec in this language-diverse film. Mixtec is an indigenous language family with over 50 regional varieties spoken by half a million people in Mexico today.

From beginner Spanish phrases to advanced, country-specific vocabulary, watching Spanish films is an entertaining way to learn Spanish. We can learn everything from history to Spanish vocabulary by listening closely to these groundbreaking films.