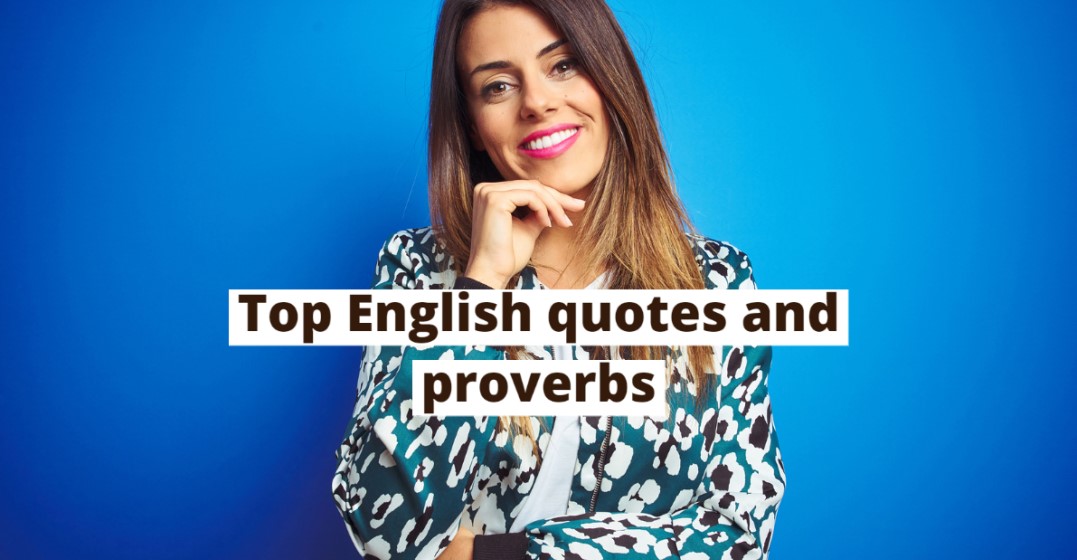 Did you know that studying quotes is a great way to learn new perspectives?

Quotes can teach lessons, give advice, and inspire. They can also help you understand a group of people’s beliefs and values—some very similar to your own, and some completely different.

The mind is a powerful thing! The difference between success and failure is confidence in yourself.

It’s important to at least try something, even if you end up regretting the result. Don’t let the fear of regret stop you from living your life to the fullest!

An unwise person doesn’t understand how little he really knows—he thinks he knows everything. Only a wise person realizes that he doesn’t know much at all! This idea is similar to a quote by Confucius: “True wisdom is knowing what you don’t know.”

“You can never leave footprints that last if you are always walking on tiptoe.” – Leymah Gbowee

If you’re too timid or afraid in your actions, you’ll never make a lasting impact on anything in your life. You need to stand strong and walk ahead confidently, making a mark wherever you go.

“Remember that happiness is a way of travel, not a destination.” – Roy M. Goodman

There’s no such thing as ultimate happiness, so stop trying to achieve it. Instead, try to be happy and positive no matter what you do.

Getting a perfect result is great, but if you’re so worried about perfection that you never finish your task, then that perfection is basically worthless.

Don’t worry about saying or doing the “right things.” In the end, people don’t remember the details—they’ll only remember the emotions. Try to spread positivity!

“Be yourself; everyone else is already taken.” – Oscar Wilde

Stop trying to be someone else—that job is already being done. Instead, do the one thing no one else can do: Accept who you are and live your own life!

Only a small part of a great accomplishment is based on talent; most of it comes from hard work.

There’s a type of quote called a proverb: a saying that’s commonly used in a culture, passed down through generations. Proverbs offer wisdom in different situations. Take a look!

The pen is mightier than the sword.

Communication is more powerful and more effective than fighting. Use your words!

The squeaky wheel gets the grease.

The person who complains the loudest will get their issues fixed. If you have a problem, you should speak up and get noticed in order to get help!

The early bird catches the worm.

If you want to be successful, you should act right away. People who act early have more success than those who wait.

You can’t judge a book by its cover.

It’s impossible to know the value of something or someone by judging their outer appearance. What’s inside is more important!

The grass is always greener on the other side of the fence.

Other people’s situations always seem better than your own. This one is really relevant in the time of social media. Next time you’re on Instagram, remember this: Just because someone’s life looks better than yours, it doesn’t mean that it is!

You can lead a horse to water but you can’t make it drink.

This saying is about helping others by giving them opportunities: You can give someone an opportunity, such as setting up a job interview, but you can’t force them to attend the interview. In the end, taking the opportunity—or not—is up to them.

If you’d like to brush up on your English skills, or learn even more new quotes, visit the Lingoda website and sign up for your free 7-day trial with our native English speaking teachers. You can take lessons at any time, from anywhere, as long as you have a good internet connection!