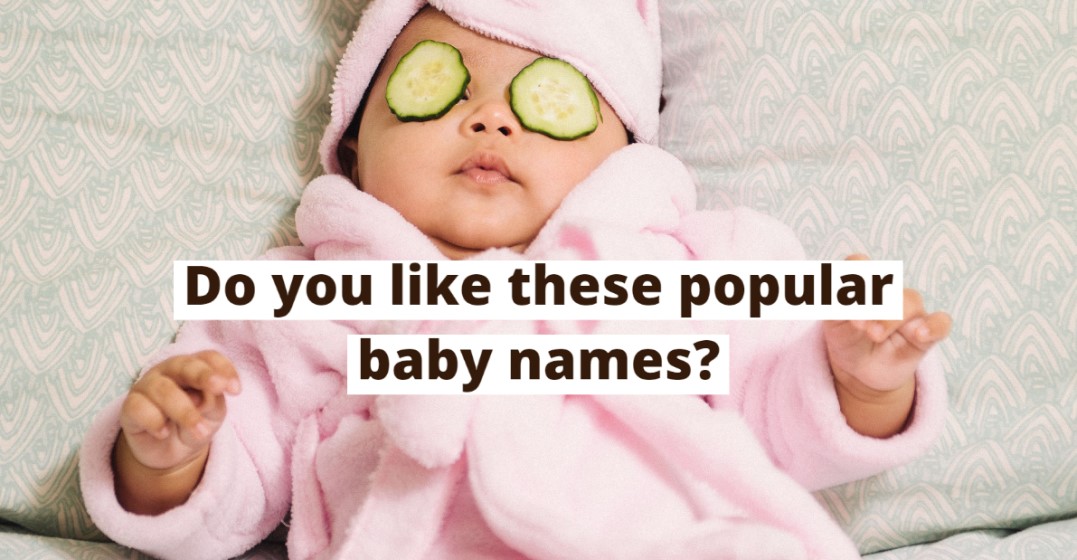 Choosing a name for your impending arrival is no easy feat. So many questions arise. Do you keep with tradition and choose a well loved, popular name? Do you seek out your favourite plant or piece of fruit (here’s looking at you Gwyneth Paltrow)? Or perhaps you like the sound of certain words and have been experimenting with joining them together to create a new unpronounceable name? Well if you’re looking for inspiration, we have just the list for you.

Choosing a name is quite a personal decision. Many a tale has been shared of upcoming parents being offended having shared their thoughts on what they would like to call their little bundles of joy. Along with keeping the sex a secret, baby names lists are as sensitively held secrets as confidential government documents.

Thankfully there are people who gather lists of the most popular baby names each year. As trends ebb and flow, so do sometimes the ludicrousness of baby name selections. From Apple to Fifi-Trixbelle, Mercedes and Astrala, there is no limit on what you can call your child. All that said, the ten most popular English names for boys and girls in 2019 were actually quite sane.

With the popularity of the British royal family and their growing broods, certain traditional names are starting to make a comeback. Some, however, have really been dug out of the graveyard of lost names. Old fashioned would be describing them mildly.

Alfie, Oliver, George and Jacob are already on the top ten most popular list of names for boys of 2019 (one of course is the name of the future king of England and he’s a cutie to boot!).

While certain outdated girls’ names are starting to make a comeback (see below), the list of the top ten names have remained quite contemporary. As such there is no overlap. While some tried and tested names have not escaped their retirement, they do still feel more contemporary, unlike the boys’ names.

Of course in these modern times many names are no longer confined to the constructs of male and female. Did you know that originally Lindsey and Hilary were in fact male names? Many other names are switching gender and some are now ubiquitous for both.

What are English speaking celebrities calling their children?

There is something about being famous and having children that gives these people a license to name their offspring all sorts of crazy things. Some of which are now firmly planted in the universal lexicon of baby names that we don’t even notice their weirdness. When Bob Geldof first named his daughter Peaches, we all laughed. Now names like Apple, Ruby, Luna and Ivy are second nature.

Here’s a selection of some of the most offbeat English names you could choose for your child.

Of course some of these above may just be too out there to really catch on. Then again, trends do ebb and flow!

If you’d like to learn more about English, visit the Lingoda website and sign up for your free 7-day trial with our native speaking teachers today!