The best and worst German jokes
by Jakob Straub
November 15, 2020 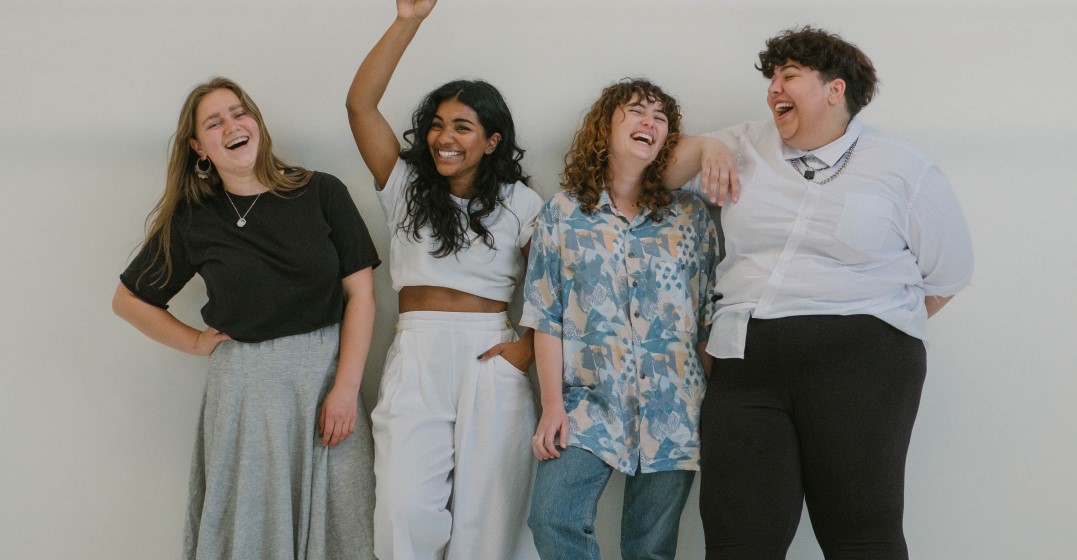 Germans are known for their overly serious attitude and their proverbial lack of humour. German jokes are notoriously unfunny–at least according to cliché. The most common German jokes actually reveal a humour that can be quite dark, and Germans also poke fun at each other, even themselves. Short jokes with a pun in German can be witty and often feature an elaborate play on words, but translated into English, these lose their punch lines. To fully get German humour and jokes, you have to learn the language. We’ll introduce you to common types of German jokes to keep you motivated and present you with the best and worst of German jokes!

German humour: the most common types of German jokes

1. Making fun of other Germans

In many countries, people will target their fellow citizens from a different region or ethnic background with jokes, commonly calling them stupid, slow, or weird. In Germany, people from East Frisia, Saxony, Bavaria or Berlin are typically the butt of these jokes. After the German reunification, a new category of jokes arose to highlight the remaining difference between East Germans (“Ossis”) and West Germans (“Wessis”).

Was ist der Unterschied zwischen einem Saxen und einem Ausländer? Den Ausländer versteht man, wenn er Deutsch spricht. –What is the difference between a Saxon and a foreigner? You’ll understand the foreigner when he speaks German.

2. Mami and Papi Witze: jokes including mum and dad

These jokes feature a short interaction between a child addressing either mum or dad with “Mami, Mami” or “Papi, Papi” and a question or observation. The punchline is always in the retort of the respective parent, often giving it a cruel or unfortunate twist.

Get fluent with these German insults

If you’ve heard jokes with Little Johnny in English, you’ll get the gist of German jokes about Little Fritz, or Fritzchen. This fictional boy is a mischievous character who is more witty than bright. He’s not always the butt of the joke, as he often has clever comebacks to questions from his teacher or his parents.

4. Alle Kinder: jokes including all children

“Alle Kinder” jokes feature a rhyme and are therefore difficult to translate. The setup and structure of these jokes are always the same: all children are doing something, only one kid is singled out, then the punch line has to rhyme with that kid’s name. The humour is typically dark, resulting in a bad fate for that one child.

10 funny German words and their meaning

Traditionally, “Bauernregeln” were lore passed on by farmers in rhyme and often concerned a fact about the weather. Today, these jokes not only poke fun at farmers in other ways, they can also be about anything as long as they feature the same rhyming pattern.

There are many other names in German for this kind of joke, but “Flachwitze” or “Plattwitze”, they all denote the same thing: a short joke with a pun as a punchline that will usually make you groan more or less hard. The term “Kalauer” is said to come from the German city of Calau. From 1848 to 1944, a satire magazine published there featured weekly “news from Kalau” with this kind of jokes. Commonly, “Kalauer” jokes require a deeper understanding of the German language, culture, or both. Here are two which (kind of) work in English as well:

Was sagt ein Krokodil, das einen Clown gefressen hat? – Schmeckt komisch! – What does a crocodile say after having eaten a clown? – Tastes funny!

Customer at the farmer’s market: “Two pounds of tomatoes, please.”

Customer: “When did you stop calling it tomatoes?”

These are similar to “Kalauer”, but instead of a pun, they have an absurd punchline. The element of surprising the listener is more important than making them laugh. In essence, these jokes are so stupid you’re stumped.

What’s the difference between a stork? – Both legs are the same length, especially the left one.

12 German songs to get the party started

German humour also features many elements that exist in English or in other languages as well, such as dad jokes (groaners), “Deine Mutter Witze” (your mother jokes), jokes about (German) politicians, celebrities and public figures, and “Scherzfragen”. These are a special kind of questions that seem like a riddle, but the obvious answer is poking fun at the person who has been asked.

What is German Schadenfreude?

Schadenfreude is a great one of the many untranslatable words in the German language. It’s a compound noun consisting of the words for “harm” and “joy” and describes the emotion we sometimes feel of satisfactory joy at someone else’s misfortune, trouble, failure, or humiliation. It’s good form to conceal your Schadenfreude, but among good friends, Germans sometimes laugh out loud in each other’s face. Germans enjoy laughing at silly mistakes and bad German jokes, especially when no real harm is done, and a certain kind of self-deprecating humour is also common.

Why is it difficult to get German jokes and German humour?

German humour and some of the best German jokes can be particularly impenetrable to foreigners. It’s not that the language dictates a certain kind of punchline, but without the right cultural context, you simply won’t get it. Other jokes, especially the “Kalauer” puns, rely heavily on the foibles of wordplay, so the joke gets lost in translation. You have to learn the language to understand these or crack them yourselves.

On the upside, many of these jokes will teach you a peculiarity of the German language or make you understand how to use a certain expression. Here are some examples for German jokes which are nearly impossible to translate without losing the punchline:

The German word “treffen” has a double meaning of “to meet” and “to hit”.

Was ist ein Keks unterm baum? – Ein schattiges Plätzchen. – What do you call a cookie under a tree? – A shady spot / cookie.

“Plätzchen” denotes a small “spot” in the sense of a particular place, but it’s also another word for cookie, hence “a cookie in the shade”.

Warum steht ein Pils im Wald? – Weil die Tannen zapfen. – Why is there a Pils (beer) in the forest? Because pine cones / because the firs are drawing.

A lot to unpack: this joke relies on the fact that “Pils” the beer and “Pilz” for mushroom sound identical. “Die Tannen zapfen” means “the fir trees are drawing beer”, but it also sounds like “Tannenzapfen”, the word for “pine cones”. Get it?

Was macht man mit einem Hund ohne Beine? – Um die Häuser ziehen. – What do you do with a dog with no legs? – You pull it around the block.

“Um die Häuser ziehen” literally means “to pull around the houses”, which is what walking a dog with no legs would look like; but it’s also an expression for being “out on the town”.