Do you know your GCSEs from your A-Levels? Your TOEFL from your IELTS? Acronyms are used a lot in education systems and sometimes it can feel like we should already know what they mean. So, for anyone who’s been too embarrassed to ask, here’s an explanation of the best acronyms used in the education system in English.

We should probably start with an acronym that you hear all the time as an English learner. ESL stands for English as a Second Language. When we talk about ESL students, that’s all of you who are learning English in addition to your native tongue and any other languages you know.

EAL stands for English as an Additional Language. This acronym is used in primary and secondary schools in the UK when talking about students whose first language is not English. It recognises that students might speak one or even five other languages as well as English.

IELTS is the International English Language Testing System, an exam for non-native speakers of English. There is a general exam and an academic exam. The general exam is often taken by people who want to immigrate to English-speaking countries, especially the UK and Australia. The academic exam is for people who want to go to university in the English-speaking world. It’s more popular in countries outside of the US.

The Test of English as a Foreign Language, the TOEFL, is for non-native English speakers who want to go to university in an English speaking country. The TOEFL specifically tests academic English skills. It’s particularly popular for people who want to study in the US, but universities in most countries accept the exam.

Standardised Attainment Tests are the first nationwide exams UK school pupils take. Students take SATs when they are 7 years old and then again when they are 11, just before they go to secondary school.

This stands for General Certificate of Secondary Education. These exams are taken when students are 16 years old and in year 11 at school. Students take exams in 9 subjects; English, Maths and Science are compulsory and they are free to choose any others they like. Jobs usually require students to have at least 5 GCSEs between grades 4 – 9, 9 being the top mark available.

An NVQ is a National Vocational Qualification. NVQs are work-based qualifications. Students study and work in their chosen trade at the same time. NVQs can be done in many different things from social care to plumbing.

BTEC stands for the Business and Technology Education Council. Students can take a BTEC

instead of, or at the same time as, their GCSEs or A-Levels. It is a popular qualification because it leads students into a job, much like an NVQ, but more time is spent at school or college rather than at work. From childcare to travel and tourism, there is a wide range of BTECs.

A-Levels are Advanced Level exams taken when students are in the final year of secondary school at the age of 18. AS-Levels, Advanced Subsidiary Levels, are taken the year before and count towards half of the A-Level grade. There are no compulsory subjects so students can study whatever they like; students normally take 3 A-Levels.

The IB is the International Baccalaureate. This is a whole organisation which provides an education curriculum but in the UK it usually refers to an exam taken at 18 or 19 as an alternative to A-Levels. The goal of the IB is to make students more well-rounded, so they study more subjects than A-Level students do. 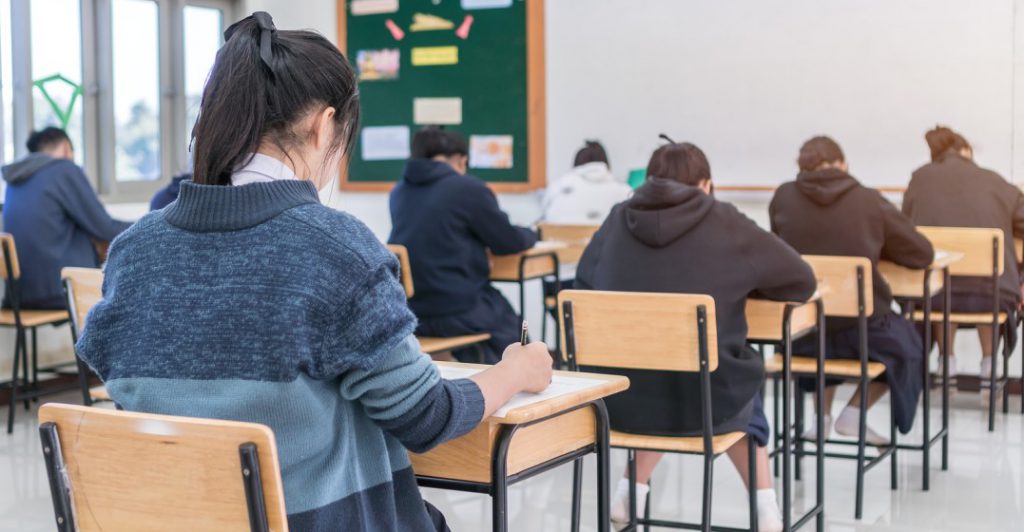 STEM subjects are Science, Technology, Engineering and Maths. STEM is big news in the UK at the moment and there is a push for more STEM teaching in schools. This is to make sure that students will be knowledgeable enough and have the qualifications to do the jobs of the future.

Children with Special Educational Needs, or SEN, can get extra help in schools in the UK. Special Needs include things like dyslexia, autism and problems with hearing.

OTT stands for Overseas Trained Teacher and might be useful to know for any teachers out there looking to work in the UK. An OTT is a teacher who trained outside of the EEA (European Economic Area – we love acronyms today). OTTs are allowed to work in the UK for up to four years before becoming a UK-qualified teacher.

Now, next time your teacher asks if you want to do the IELTS or the TOEFL, you’ll have a much better idea of what they’re talking about.

If you’d like to learn more about English and culture in the UK, visit the Lingoda website and sign up for your free 7-day trial. Want to learn another language? We also offer French, Spanish and German! 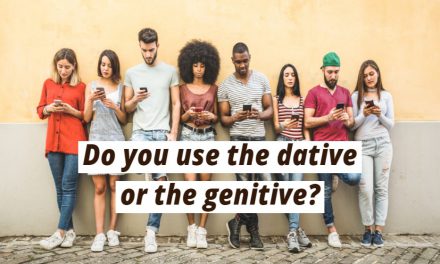 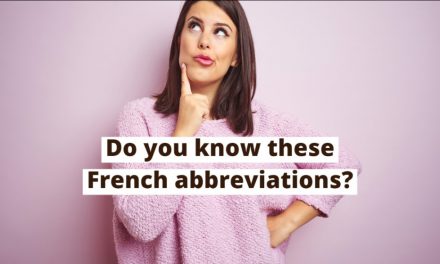 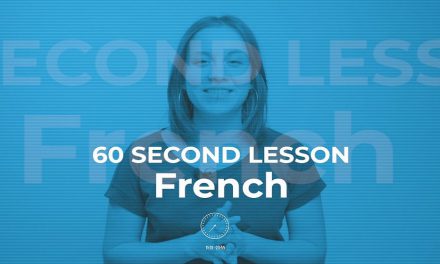