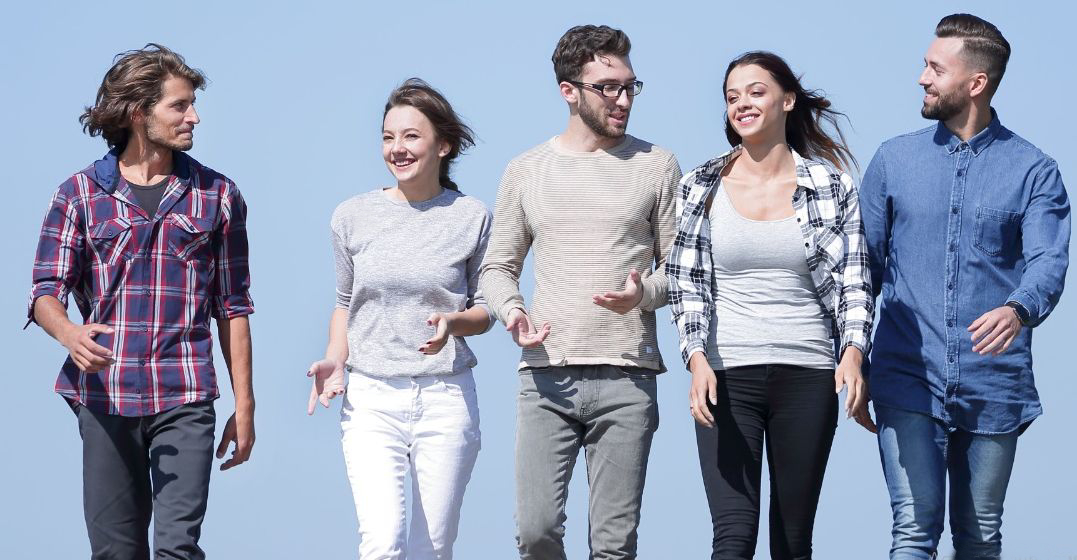 In today’s fast-paced, connected and globalized world, knowing more than one language is becoming essential. Of course, the first benefit is that language skills allow you to communicate with more people and in a better way, which is invaluable. Knowing an additional language also lets you gain access to new resources that you are able to understand without the filter of translation, such as books, music, or movies. Learning a new language therefore gives you the keys to a new culture that will enrich your life and the way you navigate through the world. But aside from these obvious perks, speaking two or more languages has additional benefits you may not expect.

Several studies have shown that people who speak several languages tend to develop different personalities that come through depending on the language they are using.

This 1968 experiment conducted by Susan Ervin with Japanese women living in the US showcases it perfectly:

Similarly, editor and writer Noam Scheiber decided to stop speaking only Hebrew to his daughter as he realized that “for example, I am funny in English. Or at least I have my moments. Not so in Hebrew. My Hebrew self turns out to be much colder, more earnest, and, let’s face it, less articulate. “

In his case, the fact he can speak several languages had a direct impact on his life and his relationship with his daughter. “It was hard to avoid the conclusion that, just as I felt more myself in English, I felt to my daughter more like her father”, he concludes.

You have a more successful career

If there is one skill that recruiters are always interested in, it has to be fluency in foreign languages.

Not only does it increase your chances of developing effective and meaningful relationships with foreign business partners or colleagues, knowing several languages can also improve your emotional intelligence and make you think more flexibly and creatively–two crucial skills for a successful career!

You can take better decisions–even financially!

According to a series of experiments conducted on people from the US and from Korea has shown that “ thinking in a second language reduced deep-seated, misleading biases that unduly influence how risks and benefits are perceived.”

Several other studies have manifested that knowing a second language provides a useful cognitive distance from the automatic decision making processes usually followed.

This distance emphasises analytical thinking and reduces the impact of emotional and hasty reactions.

Therefore, it has been suggested that multilingual people should try to make financial decisions after addressing the issue using a foreign language instead of their mother-tongue.

Your brain is healthier

Research has shown that speaking several language throughout life helps train the brain and keep it nimbler and quicker. Apparently, learning foreign languages changes the structure of the brain and makes it more efficient.

Moreover, it helps the brain resist Alzheimer’s disease and other forms of dementia longer. Switching between languages stimulates the brain and helps it build up a cognitive reserve that can be compared to having a reserve tank in a car.

While it cannot prevent a condition such as Alzheimer from developing, speaking at least two languages helps delay its onset by several years

You have a better understanding of your own language

Knowing the grammar, vocabulary and syntax of another language helps you understand your own better, at least once you know enough of your second language to be able to draw comparisons between the way things are expressed.

This will teach you a lot about some of the core values behind your mother tongue and, by extension, your own culture.

Learning another language is an eye-opening experience that makes you understand what shaped the cultures that derive from them, and where you and others come from.

You get better at maths

The process of learning a new language improves the structure and the executive control circuits of the brain. Therefore, people who speak more than one language are believed to be better at analytical tasks such as maths.

A 2010 Korean study which aimed at comparing language learning and understanding maths also concluded that the “education method related with language becomes lubricating oil and will anticipate good achievement in mathematics learning.”

In a way, language learning can be compared to a workout which helps train your brain rather than your body. Regular exercise will help you use your muscles to complete specific tasks more easily, and the brain is no exception.

Have you ever wondered how much gets lost in translation? Just think of all the untranslatable words that most languages have! Torschlusspanik in German, flâner in French or soler in Spanish do not have any equivalent in English.

Similarly, some languages use several words to describe something that has only one English equivalent. A famous, albeit cliché example is that English speakers “have the same word for falling snow, snow on the ground, snow hard packed like ice, slushy snow, wind-driven snow — whatever the situation may be. To an Eskimo, this all-inclusive word would be almost unthinkable….” (Whorf, Benjamin Lee. 1949. “Science and Linguistics” Reprinted in Carroll 1956.)

Furthermore, an author or artist’s style is sometimes hard to convey after translation. The crisp and brutal, yet elegant prose of late French writer Marguerite Duras, for example, is very difficult to convey once translated. The same applies to German philosophers whose work should, according to most experts, preferably be read in German to avoid missing out on some slight but significant nuances.

You are better at multitasking

For someone who is not used to it, multitasking can be an extremely demanding activity. If you are used to speaking several languages and switching frequently between them, however, switching rapidly between tasks or simultaneously performing a number of tasks turns out to be easier.

As we mentioned earlier, switching between languages is an actual workout for the brain. It allows it to perform better even when completing tasks that are unrelated to languages.

What happens is that it becomes better at prioritising and dispatching information, thereby enabling these features when being required to perform other tasks as well.

You know yourself better

All in all, learning a new language and becoming fluent is a humbling experience.

It helps switch your perspective and your view of the world to include the one which this new language encompasses.

Knowing one or several foreign languages will bring you social, cultural and personal benefits. And you will find out soon enough that these broaden your horizons in more ways than one.