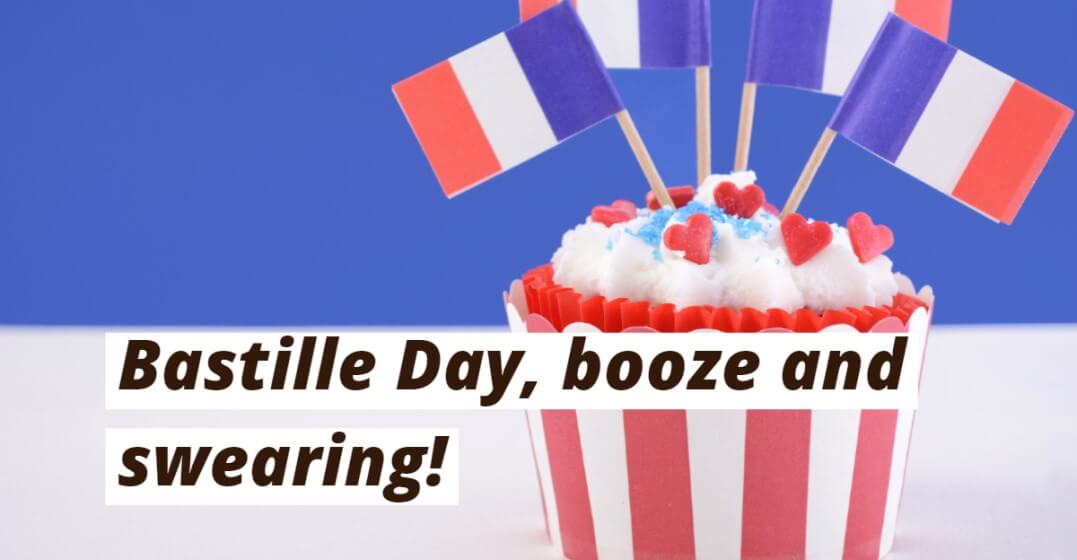 Bastille Day is almost here! Are you ready to party?

Bastille Day, or la Fête nationale in France, is celebrated on July 14th. It’s a day for patriotic celebrations, honouring the storming of the Bastille that began the French Revolution. During this time, the French celebrate “liberté, égalité, et fraternité” with fireworks and parades.

Well, that and a big party.

Whether you’ll be partying and celebrating alongside the French or hosting your own little Fête nationale with a few friends at home, you probably already know that revelry goes hand-in-hand with more familiar language and more swearing than usual.

If you’re ready to participate in the fun, here are 4 of the most popular French swear words to get you started on Bastille Day.

What does Merde mean?

Merde is the French equivalent of the English word “shit”. You might hear it used in a few different situations, sometimes with added emphasis when someone is really upset. Still, much like its English counterpart, the word alone is most commonly used to express frustration.

How to use Putain

The word putain means prostitute, but it’s not used quite the way you think. Possibly the most flexible of French swears (and certainly the most popular), putain can be used in multiple contexts. There’s no doubt you’ll hear it in a variety of ways while partying and celebrating with the French.

You can use it to express joy or surprise:

You can use it when you’re angry:

How to say Je m’en fous

Feel free to use this when your friend asks what you want to do for the 10th time in a row. You can also elaborate on the things you don’t care about with de.

The meaning of Bordel

For example, you can say:

It might be a good phrase to keep in mind for after the festivities are over. Can’t or don’t want to swear?

Truthfully, swearing might not always be appropriate, especially if there are small children around. If you aren’t celebrating in an environment where you can swear freely or you just want to stay on the safe side to avoid offending anyone, you have a few options:

This is sort of like saying “crap” or “damn” and is a nice way to avoid merde.

Besides being sort of adorable, this word is the nicer version of putain. Think of it as the French equivalent to saying “fudge” instead of “fuck.”

You won’t hear this one very often, despite what you may have learned in your high school French class. However, you can always use this word similar to the English “darn.”

As long as you’re conscious of your current company, feel free to express yourself a bit more freely with these French swears. Use them with confidence among friends and chances are you won’t feel out of place.

If you fancy learning more about how the French really talk, then head over to our website and start your French trial today. You will learn from native speakers and classmates from across the globe.