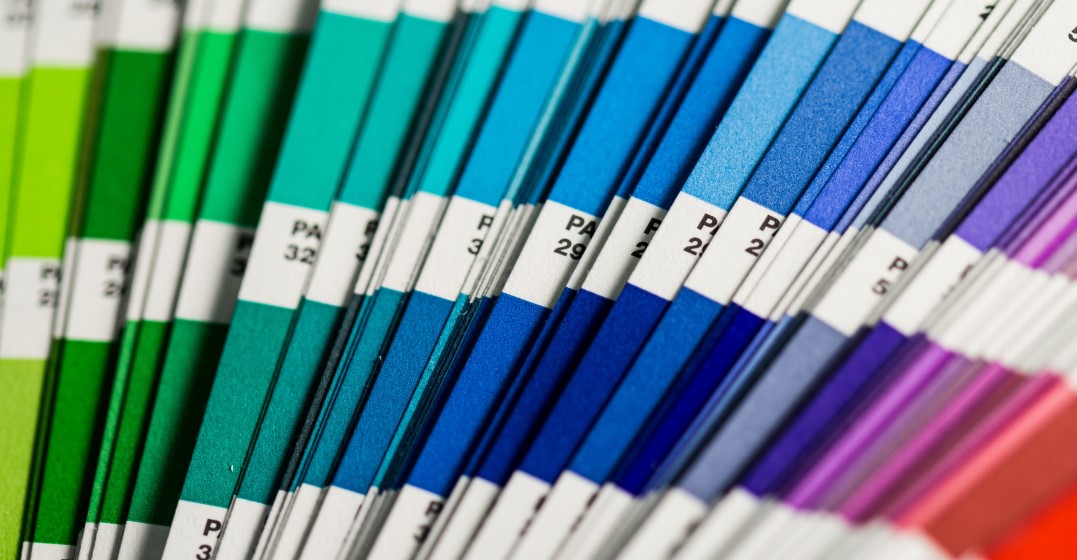 Colour names in German are important adjectives which will help you describe things. We’ll help you learn the most common and basic colours, tell you how to talk about lighter and darker colours and give you some fun facts about colours as well as colourful expressions in German.

How to say the most common colours in German

The following is an overview of how to say the most important and basic colours in German with examples:

You can name lighter and darker hues of individual colours by adding the words for light and dark, “hell” and “dunkel”, similarly to English. The main difference is that in German, you combine the two words to form one, of course. Light blue therefore becomes “hellblau” and dark red becomes “dunkelrot”.

Each culture has different associations with certain colours which are reflected in language. Some of these correspond between English and German while others are quite different. We’ve listed some German saying and fun facts for the most basic colours.

Rot: of rage and threads

In colour psychology, red is a stimulating and exciting colour that stands for energy, action, danger and passion. It’s the colour we associate with love and all the emotions which surround it. “Rot wie die Liebe”, red as love, the Germans say.

The expressions “rot vor Wut” and “rot sehen”, to be red with anger and seeing red, also translate quite literally into English. However, the common thread, for example in a conversation, discussion or story, has the specific colour red in German. It’s probably called “der rote Faden” because red stands out.

Blau: being blue is different in German

Blue is a mental colour associated with competence and stimulating the intellect, yet it’s also said to be calming and serene, helping with achieve clarity. It invokes feelings of trust, stability and sincerity, yet we think of sadness as well. “Being blue” or “feeling blue” means being sad.

Not so in German, where “blau sein” means being drunk. “Blau machen”, literally “making blue”, means taking the day off because of a hangover. Possibly also related to a (drunken) altercation is the black eye, which is a “blaues Auge” in German. And where in English we promise the moon, the Germans promise the colour of the sky: “das Blaue vom Himmel verspechen”.

Grün: the colour of normalcy

Green is the colour of nature and represents growth, vitality, health, purity and freshness. It promotes a sense of grounding, balance, and security as well as tranquility. Nature is present in the German idiom “Auf einen grünen Zweig kommen”, meaning to reach a green branch, which is a poetic way of reaching a set goal or safe harbor.

Related to that is the expression “Alles im grünen Bereich” for when things are normal. This comes from the needle being in the green area on a gauge: the Germans like it when things are in order and operating smoothly.

However, “Ach, du grüne Neune!” is a peculiar exclamation, invoking a green nine and basically meaning “Oh my God!”

Gelb: envy is yellow in German

The bright colour yellow is full of energy, bringing positive emotions, cheer, joy, optimism and confidence. There’s a reason smiley stickers and emojis are yellow! It stimulates creativity, imagination and mental activity. Yet we also associate irrationality, jealousy and anxiety and caution with yellow.

In English, the expression is “to be green with envy”, but the Germans use the colour yellow when they feel envious and say “Gelb vor Neid”.

Orange combines the stimulation and high energy of red with the joy and cheer of yellow to create another engaging, active colour. The positive associations with orange reach of self-confidence and independence to adventure, extroversion, creative and warm. On the negative side, we can perceive orange as superficial, self-indulgent, cheap and pessimistic.

While the citrus fruit was called an orange as early as the 13th century, its colour was described as yellow-red for a long time. Around the 16th century, European languages began adopting the same word for both fruit and colour.

Rosa: the tint of love and optimism

In the west, we tend to call pink a female colour and gender-target with pink products, but other cultures such as Japan associate male traits with the colour. Pink can be sweet, innocent, hopeful and optimistic, but also weak, silly, cheap and vulnerable, depending on its hue or shade.

When you’re wearing pink glasses, you tend to have an optimistic, possibly even deluded outlook on things. “Durch die rosa Brille schauen”, literally to look through pink glasses, attests to that.

Violett: a flower around your eye

Purple comes from the Latin “purpura” and the Old English “purpul”. A mix of red and blue, it’s a regal colour associated with power, nobility, ambition, stability, dignity and even magic and mystery. It can inspire creativity and curiosity as well as passion.

Remember that a black eye is blue in German? Well, if you have a shiner, the Germans will call it “Veilchen”, because it shines and shimmers like the flower violet.

Braun: looking to the past

Brown is the colour of the earth and therefore grounding, giving you a sense of safety and security, even loyalty. We associate stability, seriousness and sometimes wisdom with brown.

On the downside, too much brown makes us feel hemmed in and rigid by too extreme conventions, inflexibility and fixed perspectives. Brown is opposed to progress. If green is rejuvenating, brown is looking towards the past. In Germany, the colour will forever be associated with National Socialism and the brownshirts: “Braunhemden” was a colloquial term for the SA, the Nazi Party’s paramilitary.

White is the lightest colour and brings comfort, calmness and hope. It symbolises innocence, purity and integrity and is therefore a traditional wedding colour.

German sayings reference the innocence of white: “Weiß wie die Unschuld”, white as innocence, and “Eine weiße Weste haben”, meaning to have a white, spotless vest and therefore being innocent.

Schwarz: hitting dark and the mark

“Schwarzseher” signifies a pessimist in German, literally someone who always sees black. “Schwarzmalen” means painting a bleak picture of the future. “Schwarzfahrer” is someone who dodges the fare on public transport and therefore rides for free, or black. The Germans don’t wait until hell freezes over, they wait until they’re black: “Da kannst du warten bis du schwarz wirst.”

However, hitting the mark means hitting black: “Ins Schwarze treffen”, because the center of a target for practise is usually black. To record profits is “schwarze Zahlen schreiben”, using black ink opposed to the red ink for losses.

Grey can be neutral and impartial, but also indecisive. It can signify both conformity and blandness, lack of emotion and restraint. It’s a monochromatic colour of monotony, and the German expression “grau in grau”, literally grey in grey, captures that. “Nachts sind alle Katzen grau” is another saying, meaning all cats are grey in the dark. “Graue Theorie”, grey theory, is purely mental and far from being applicable in daily life or an everyday sense, something unproven.

Silber: a shimmer of hope

Silver is a noble colour associated with coins, money, wealth, but also status, strength, weapons, metal and hope. The silver lining exists in German as “Silberstreif”, something streaked with silver, though “Every cloud has a silver lining” becomes “Wo Schatten ist, da ist auch Licht”, where there’s shadow, there’s light.

Gold: the value of silence

To be able to say the right thing at the right moment is a virtue not all of us possess; to know when to remain silent is an even greater one. At least to the Germans, and so much so that they have coined a whole idiom around it. “Reden ist Silber, Schweigen ist Gold” literally translates to “Talking is silver, silence is golden.” The German expression doesn’t refer to the colours but the value of these two precious metals, attributing a higher merit to those who can keep silent when called for.

Similarly, you denote the high value of things by turning them golden in German: “Goldschatz”, “Goldgrube”, “Goldesel”, “Goldmund”, “Goldring” and “goldwert” are examples of this. Gold is also the German colour of loyalty, because they say “treu wie Gold”, meaning to be very loyal and reliable.

Do you want to learn more peculiar expressions and sayings? We’ve collected more funny German idioms for you!