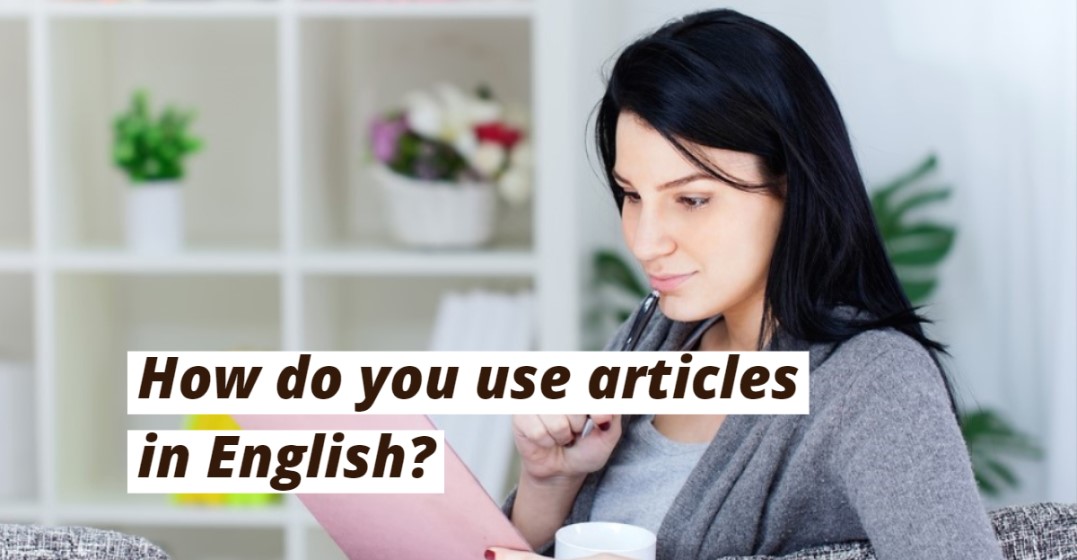 Tiny words with lots of power, and used incorrectly can cause lots of confusion. Welcome to the world of English definite and indefinite articles.

What’s the most commonly used word in the English language?

Any idea? If you thought the, then give yourself a pat on the back. It’s no surprise that the is a very important word in the language, but did you know that it is commonly misused? It makes sense to use the properly, as it is the only definite article in English.

Has the difference between the definite and indefinite article got you scratching your head? Let’s learn some simple rules about how to use them correctly – you’ll be sounding like a natural in no time!

Let’s start with the indefinite article –  a or an. We use the indefinite article before a singular noun. A is used before a noun with a consonant sound. It’s a beautiful day today. She’s a great teacher. An, on the other hand, is used before nouns that begin with a vowel sound. It’s an interesting idea. Have you got an apple for Jeremy? It is important to remember that the vowel and consonant rule for a and an is based on sound, not spelling. This can be tricky sometimes – consider this sentence. Hey, there’s only an hour before lunch. Although hour begins with a consonant, it is pronounced with a vowel sound, and so we use the indefinite article an. A good thing to remember next time you’re getting hungry in the office!

The definite article is used to specify one specific thing in a sentence. Let’s say you are in a meeting at the office. Could you pass me the report, please? No, not that one. The report we were discussing earlier! It refers to a noun that you both know about, and have referred to already. The definite article is also used when you are talking about a unique noun. To compare, let’s look at some examples. Imagine it’s your first day of school: Who’s that? That’s the Headmaster. Oh, thanks! And, who’s that? That’s Miss Groves, a teacher in the English department. Perhaps you’re on a European holiday. That’s a familiar looking tower, isn’t it? What? That’s the Eiffel Tower!

So, that’s the difference. Fairly simple so far, but when do we use them? How do we know if a sentence is calling for a or the? Indefinite articles are used when we are introducing the first instance of a noun in a situation. If we want to talk about a thing, person or place that hasn’t been referred to in the conversation yet, we can introduce it with the indefinite article. Once we have used the indefinite article to introduce a noun into a situation, we can assume that it is known by the reader or listener. We use the definite article the to refer to these specific nouns that have been introduced to the situation already. It means the thing we were talking about earlier. When the reader or listener knows which noun you are talking about, use the.

Which article you use also depends on how specific you want to be. Imagine you are at a birthday party. Did you bring a gift? It doesn’t matter which one – in this case you are asking if someone brought a gift for the birthday boy or girl. Did you bring the gift? This question is different – the indicates you are talking about that specific present you have been talking about already.

If we are not being specific, and merely talking about a noun in general, we usually leave the article out. In this case, if the noun is countable, use the plural form. Let’s consider an example from the party earlier. Did you bring a gift? I don’t usually give gifts – my memory is terrible! For another example, let’s head back to the office. I think I’m going home – I’ve been reading reports all day! I know, but did you read the report I sent to you this morning? Ah, looks like I’m staying a little bit longer then… The definite article provides a lot of information and context to the listener in these situations, changing the meaning of the sentence entirely.

Articles have a lot of different rules attached to them, and come with a great deal of exceptions too.

Are you interested in learning more about using definite and indefinite articles? Perhaps you’d like to just brush up your knowledge with a quick refresher course?

Lingoda offers lessons on the use of articles which can help answer your questions about these common, but often tricky, helper words.