Are the UK and Canada Different? 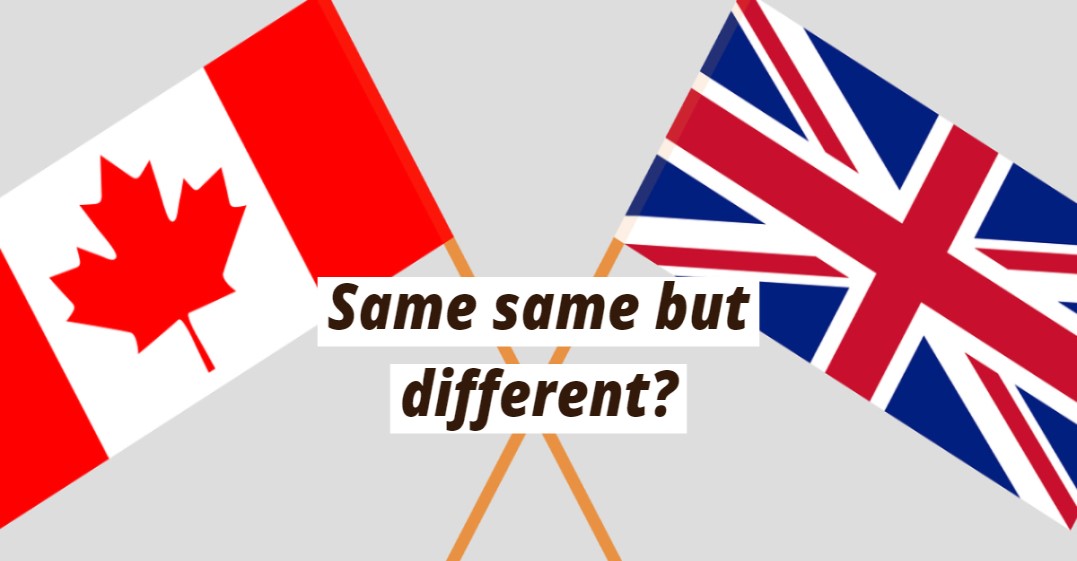 Erin’s back to give us her overview of the UK versus Canada.  Are they the same? Or wildly different?

After a childhood full of British TV, Agatha Christie novels, and making tea for my mother, you would have thought a move to England would be easy peasy lemon squeezy. Well, yes and no.

We still have the Queen on our money

Canada is really quite British if you come from the United States. American friends coming up to visit were amazed to find the Queen’s face on all our money, her framed portrait on the government-run ferries, and the depth of our causal knowledge of British things. Part of this stems from the fact that kids from the 1970s and 80s grew up on a steady diet of British kids TV, as our own networks didn’t have much money to produce homegrown stuff. Many of my friends parents, and indeed one of my own, came quite recently to Canada from either the UK or one of their colonies.

So when I moved to the UK, I expected an easy transition. While my husband and I definitely had a much easier time of it than some of the Americans we knew, it was still a lot of culture shock. William Gibson has called it ‘mirror world’ in his Blue Ant trilogy of books, where things are very similar, but just a bit different. Add up all the ‘just a bit different’ and it is very exhausting.

The electrical plugs are not only a different shape, but there’s a switch on them, and a fuse inside the actual plug (which we discovered on the second day we lived in our first London apartment). There are two kinds of lightbulb and there’s no logic as to which one goes where, and you will always buy the wrong kind.

Every time family came to visit us, about two days in they would collapse, exhausted, and need a day to just recover. Even though we speak the same language, mostly, Canada and England are different enough to mean your brain is working double time to navigate it all. 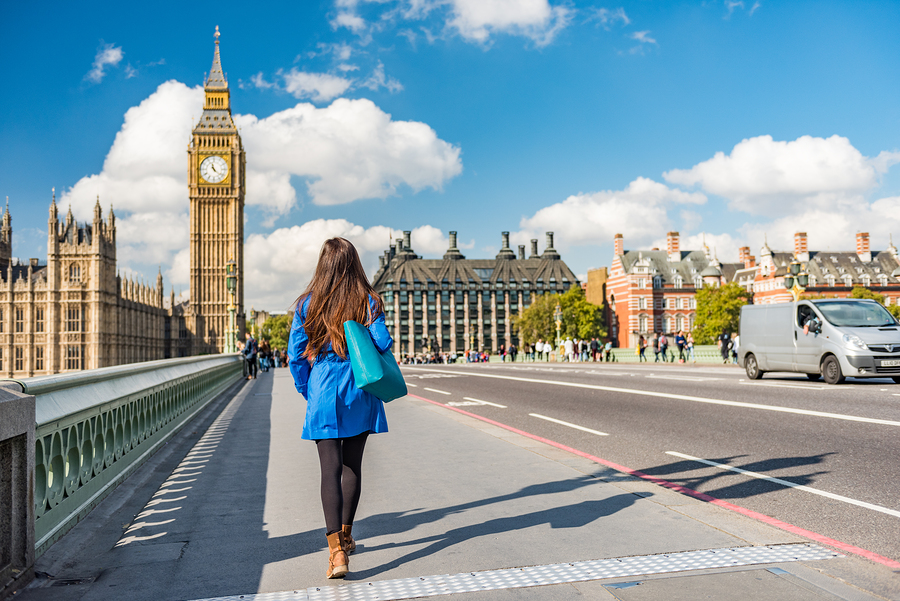 The rules of the game

The unspoken rules about everything probably drive some people crazy, but for the most part I enjoyed puzzling out the social etiquette. Questions like, ‘Oh how far did you have to come tonight?’ when you’re at a party is essentially asking how cool you are and how much money you make, as you will be instantly judged on your postcode.

In London in particular, whole personalities are derived from whether you say E1 (hipster cool area of east London, pricey, you probably know musicians or artists) or W8 (practically the suburbs, but west, so you’re probably a bit snobby). It took us three years to figure out that inviting a couple over for dinner at your flat is very, very personal, and until you’ve invited them to be godparents of your children, you meet at the pub around the corner. Canadians, by contrast, are pretty easy going about these things.

The food in Canada and the UK

When we moved to London in 2004, British food was still in the early days of its renaissance, and it was still easy to get a truly terrible meal if you weren’t careful. In a desperate moment, my husband and I ate in a pub just off Oxford Street, the famous shopping district. This was a mistake, and we knew it, but we were starving. My husband ordered a burger, and it arrived, no word of a lie, two minutes later all by itself on a plate. It had clearly been microwaved, whole. We paid and left immediately, leaving the suspect burger on the table. But we had so many wonderful meals as well – incredible Sunday lunch with roast beef and Yorkshire puddings on the first floor of an old restored pub in the middle of the Columbia Road Flower Market in East London, listening to the Cockney flower sellers call out their wares below us, for one. And pub culture is something I still love, and miss, all the time.

We lived in London for seven years, I gave birth to my son there, and even though it was hard work to adjust, I wouldn’t trade those years for anything. It made our subsequent move to Germany much easier, too. I wouldn’t want to choose between them, Canada or England, as to which is more ‘my home’.

Lingoda’s lessons aren’t just about grammar and pronunciation, they’re packed full of useful cultural information, too. Head over to our website and sign up for your free week trial today.