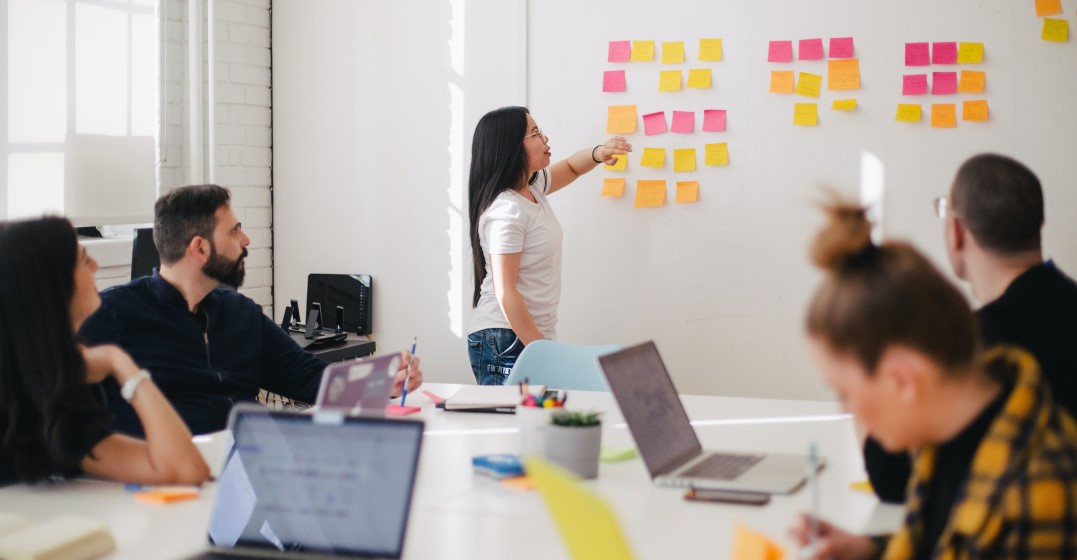 Like every culture, American work culture has its pros and cons. In essence, work is everything for us – that was the original idea behind “The American Dream”. We take very little vacation, work long hours, and put the success of the individual over the group. However, America may be one of the few countries left where you can still hustle your way to the top without having a formal education to back you up.

Some background info on The American Dream

One of the most commonly asked questions I get as an American expat in Germany is if The American Dream is true. People wonder if we all have massive houses with white picket fences and tons of money to boot. But before I answer that, let’s take a step back. The original phrase came about in 1931 when James Truslow Adams published his book “Epic of America”. He referred to America as “that dream of a land in which life should be better and richer and fuller for everyone, with opportunity for each according to ability or achievement.” The idea emphasises political and economic freedom, the freedom to aspire to and achieve big things, accumulate wealth, and live as you please.

Is that still true today? Well it depends on how you look at it.

Nowadays, America struggles with poverty, a lack of education among citizens, and increasing rates of violence. While The American Dream may have come from the basic premise that “All All Men Are Created Equal” (The Declaration of Independence), achieving that equality is easier for some than for others.

The American Dream was combined with the concept of Hustle Culture, which in a nutshell means the harder you work, the more you can achieve. So while The American Dream simply gives Americans the choice of whether to strive for more, Hustle Culture actually puts this into practice. You’ve probably heard of rags to riches stories like Oprah Winfrey, Steve Jobs, and Ralph Lauren. They highlight the fact that if you keep trying and don’t give up, there is always the opportunity to become something better.

It’s this reason why America is so focused on entrepreneurship. In fact, America is listed as the top country to be an entrepreneur. We have endless passion for big ideas and making them come true, which is why America has developed into a “work to live” culture, meaning that we holistically define and center our lives around work.

In America, work life is often more important than private life. The numbers show how this is true:

Having worked in America for the years leading up to my move to Germany, I would say this is pretty true. I’ll give a prime example: in America if you take a vacation, you’re somewhat shamed by others as if you’re being lazy. In Germany, if you don’t take a vacation, people ask what’s wrong with you and tell you to take a break. I strongly believe this is why 40% of Americans don’t even have passports. Most of my family have never even left America before. It’s simply not a work culture that you’re expected to have a private life outside of.

As an outsider, you might find it surprising that the heart of the workforce in America has little to do with education. With the rising costs of college, many Americans forego that path entirely. And I can understand why: practice weights much more heavily than theory. If you’ve worked at a specific job since you were 16 and you’re now 25 years old and you’re being compared with an applicant with a Master’s Degree, but no work experience for the same job, Americans will most likely choose the person who hasn’t studied. Fancy degrees and job titles aren’t perceived as being a whole lot of help in the real working world.

Here again is where Hustle Culture comes into play. While education may be too expensive for many people, you do have the opportunity to become successful – if not even more successful – than people who have studied simply by working a lot.

The individual > the group

According to the Hofstede Research Center, America is the most individualistic country on the planet. You’ve heard of the lone cowboy, the self-made billionaire, and the DIY attitude. That all comes from American individualism. In the workplace, this leads to a dog eat dog culture, as in every man or woman for themselves. Something that’s good for the group, but bad for the individual isn’t going to fly.

The need for constant innovation

The last point that I’ll mention is that American work culture pushes innovation to its limits. We are always trying to come up with ideas that propel the business and technology world forward. Silicon Valley has been built for exactly this reason. We’d rather learn by doing. We don’t hesitate to try out new things and would rather face obstacles as they come, rather than wait for others to figure it out first (Elon Musk and SPACEX come directly to mind here).

So is The American Dream still true? My answer is that if you’re a person who has passion for new ideas and wants to consistently put those into practice in your own way, then yes. After all, nothing worthwhile comes without hard work.

Need to brush up your language skills? Visit the Lingoda website and claim your free 7-day trial today!