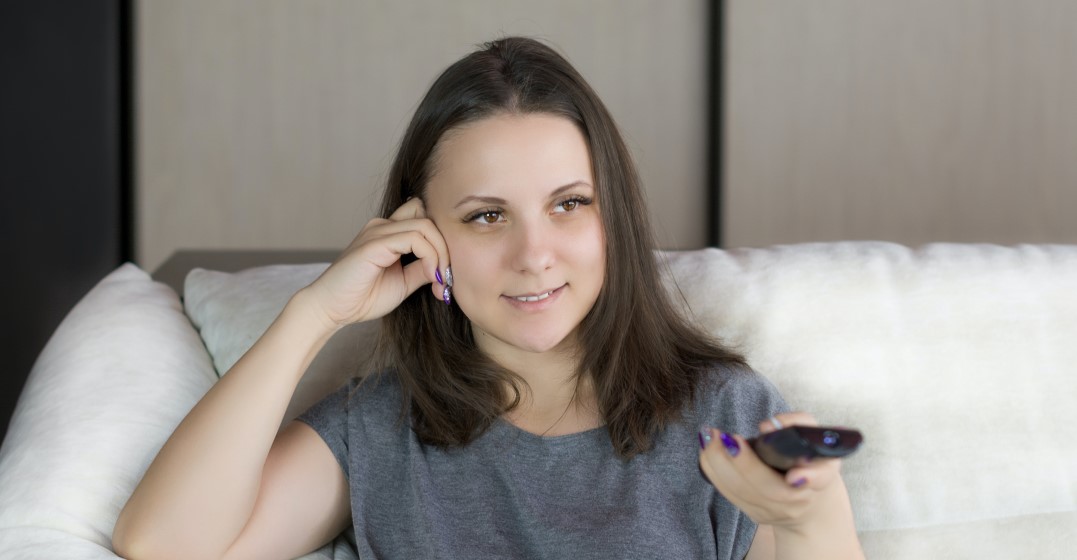 Learning English doesn’t always mean sitting through intense and boring grammar sessions. In fact, the more fun you make your language learning experience, the easier you’ll learn. So, combine watching Netflix with learning English, and you’ve got a win-win scenario!

Here are 6 American TV series you can watch on Netflix to improve your English skills.

The story: Likely one of the most popular American sitcoms in the world, Friends follows the story of 6 misfit, 30 something year olds living in Manhattan, New York. Starring Jennifer Anniston, Courteney Cox, and Lisa Kudrow, the 6 friends go through all sorts of comedic trials and tribulations regarding love, marriage, dating, pregnancy, and friendship.

What it’s good for: With 10 seasons and a total of 236 episodes, your next Netflix binge is here. All the episodes are only about 30 minutes long, which is perfect for English learning on a tired brain. The language is simple, lighthearted, and also gives you fun phrases you can use while speaking with friends.

The story: Full House and its recent remake Fuller House is a story about a family in San Francisco who undergoes many struggles together. In Full House, a radio broadcaster loses his wife in a drunk driving accident and needs help raising his three daughters. In Full House, the eldest daughter, DJ, also becomes a widow and needs help raising her three sons. The best part is that both TV series feature many of the same actors, such as Candace Cameron Bure, Jodie Sweetin, and Andrea Barber.

What it’s good for: While the family does face tragic situations, they always come out of them with a laugh, which makes this show the perfect thing to watch after a long day. As it’s set in San Francisco, there are no difficult accents and the language is simple and family-friendly, which makes it suitable for beginners.

The story: Set in Pasadena, California, The Big Bang Theory stars leading actor Jim Parsons as Sheldon and co-star Johnny Galecki as Leonard. While the men are nerdy physicists, their next door neighbor Penny (Kaley Cuoco), has entirely different aspirations in life to become an actress. Despite their differences, they all become friends and eventually Penny and Leonard even begin a relationship.

What it’s good for: Another great show to watch after a tough day, The Big Bang Theory is full of endless laughs. While some of the language about science and physics can be a bit difficult for beginners, they do make it easily palatable for the average viewer with their jokes. With 12 total seasons and 279 episodes, you’ve got your Netflix viewing cut out for you here.

The story: Family Guy is a cartoon TV series based in a strange town in Rhode Island. The creator, Seth MacFarlane, is also the voice of the main character Peter Griffin. Peter, along with his 3 children and talking pet dog, constantly run into hilarious situations and also never seem to age.

What it’s good for: Family Guy is great for English learners who want to increase their speaking capabilities among friends. There is an endless amount of slang along with the particular accent of the northeastern part of the US (similar to New York). The show has also been widely known to mirror current political situations in the US, which gives you great insight into cultural context. If you love the show, then that’s good news because there have been 19 seasons and counting since its debut in 1999.

What it’s good for: If you’re looking for a serious, fast-paced TV show, Suits is the one for you. More suitable for advanced learners, the show is particularly helpful for learning business and legal English. Also, though the series is set in New York, the characters don’t use any complex accents.

The story: The story of a chemistry teacher gone rogue, Bryan Cranston and Aaron Paul play two drug dealers on a journey to grow their business in Breaking Bad. The main character, Walter White, is diagnosed with cancer and is determined to leave his family in a better financial situation after this death. His chemistry skills come in handy as he enters into a tough new world of crime in connection with the Mexican Cartel.

What it’s good for: Not for the faint of heart, Breaking Bad is one the most popular TV series in America over the last decade. In fact, nearly all leading actors were nominated for awards at some point during the series. More for advanced English learners, the combination of the incredible evolution of actors and the gripping story makes you want to keep watching after every episode. Plus, it even has one of the best endings of a TV series to date.

Visit the Lingoda website and sign up for your free 7-day trial today! You can choose to learn English, German, Spanish or French and have access to thousands of learning materials! 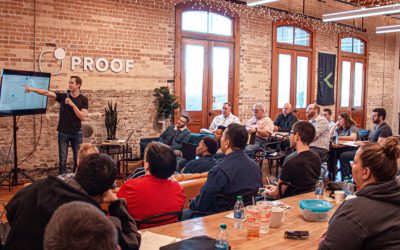